It’s a white dwarf named KPD 0005+5106, and X-ray data from the Chandra space telescope have revealed that it’s enacting extreme violence on an orbiting companion. Not only is it siphoning material from this object (which, to be fair, is pretty normal for white dwarfs), the star is giving its companion an absolute drubbing by blasting it with radiation from close proximity.

Even more interestingly, we can’t see what the companion actually is, making it tricky to predict its eventual fate, including how long it will take to be completely destroyed and what that will mean for the white dwarf.

“We didn’t know this white dwarf had a companion before we saw the X-ray data,” said astronomer You-Hua Chu of the Institute of Astronomy and Astrophysics, Academia Sinica (ASIAA) in Taiwan. “We’ve looked for the companion with optical light telescopes but haven’t seen anything, which means it is a very dim star, a brown dwarf, or a planet.”

White dwarfs are what happens to a star under about eight times the mass of the Sun once it runs out of elements it can fuse in its core. As the fuel runs low, it will eject its outer layers into space until finally, the core is no longer able to support itself and collapses under its own gravity into a dense object about the size of Earth (and sometimes even smaller).

Although it may be without fuel to fuse, the white dwarf remains extremely hot, so hot that it will continue to shine brightly with thermal radiation for billions of years. The average white dwarf will have a temperature of over 100,000 Kelvin (99,727 degrees Celsius or 179,540 degrees Fahrenheit) once its core stops contracting. The Sun, for context, has an effective temperature of 5,772 Kelvin.

KPD 0005+5106 is an outlier. It’s the hottest white dwarf we’ve identified to date, with an effective temperature of 200,000 Kelvin. This makes it very interesting to scientists since it allows them to probe the limits of what’s possible in the Universe.

Researchers also KPD 0005+5106 observed exhibiting some unusual X-ray activity, so Chu and her team decided to take a closer look using Chandra. They found that the white dwarf increases and decreases in X-ray brightness on a regular basis, every 4.7 hours.

We know of at least one thing that can cause changes in the brightness of a white dwarf: if it’s stripping material from a companion object. That material will be siphoned down to the white dwarf, where it will make its way to the poles and glow brightly. As the star and its companion orbit each other, the hot spot moves in and out of view, causing variations in brightness.

That 4.7-hour period thus would correspond with the system’s orbital period – which would make them very close together indeed. According to the team’s calculations, the white dwarf and its companion would be separated by a distance of just 1.3 times the Sun’s radius. That’s around 900,000 kilometers (550,000 miles). That would mean insanely scorching temperatures.

“Whatever this object is,” said astronomer Jesús Toala of the National Autonomous University of Mexico, “it’s getting blasted with heat.”

The researchers investigated possible identities for the companion and concluded that it was most likely an exoplanet with a mass around that of Jupiter. Previous research has found that exoplanets can indeed be found around white dwarfs – if they’re distant enough during the red giant phase, they can survive the star’s transition, then migrate inwards. More than one candidate gas giant has been found orbiting a white dwarf.

According to the team’s models, however, this particular gas giant doesn’t have much longer to live, only a few hundred million years. The white dwarf would be gravitationally stripping it; this stripped material would form a ring around the star and be slowly slurped down onto it.

“This is a slow demise for this object that’s basically being ripped apart by constant gravitational forces,” said astrophysicist Martín Guerrero of The Institute of Astrophysics of Andalusia in Spain. “It would be a very unpleasant place to be.”

The team also studied two other white dwarf stars that display peculiar X-ray behavior. Although these other two stars were not quite as extreme as KPD 0005+5106, their behavior was similar, suggesting that they, too, have unseen companion objects.

This suggests that exoplanet survival around a white dwarf may be more common than we thought – although not, perhaps, for very long.

The team’s research was published earlier this year in The Astrophysical Journal.

Europes Solar Orbiter will fly by Earth tonight. Heres how to spot it in the night sky. – Space.com 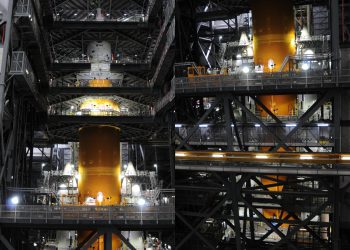 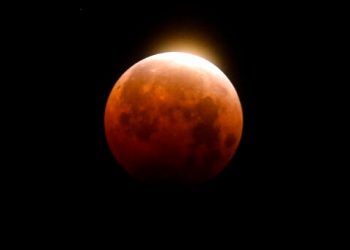 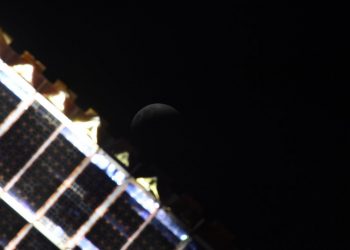 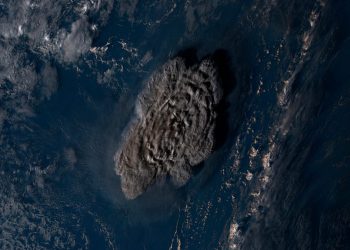 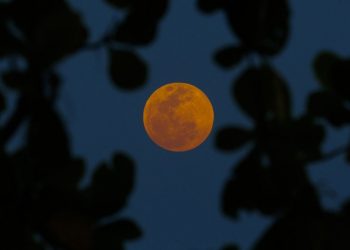 See these amazing images of the Blood Moon lunar eclipse from around the world – Livescience.com

Europes Solar Orbiter will fly by Earth tonight. Heres how to spot it in the night sky. - Space.com