The hundred club: how cricketers feel when they hit their first Test century | Cricket 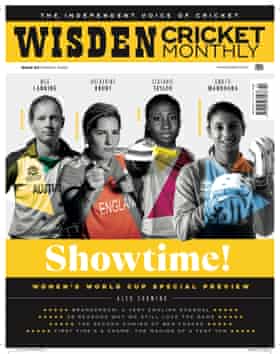 
What puts a smile on your face and makes you feel a little warm, fuzzy and romantic while watching cricket? It might be the sight of your favourite player in full flow, or taking in a particular skill – a leggie ragging it square or a quick delivering a perfect yorker. For me, it’s simple: watching someone hit their first Test hundred.

You’re observing a player live out their dream and enter into an exclusive club. Once they have hit one, there’s no guarantee of more to come, but they will always be a Test centurion. There’s cold, hard proof they belonged at the highest level, even if only for a short time. When the helmet comes off and they raise their bat, the TV cameras scanning their beaming teammates, a proud parent or partner, it’s a reminder that this moment has been in the making for far longer than a few hours. It doesn’t matter who it’s for, who it’s against, when or where it happened – it’s a soul-stirring feat.

“It changed my whole life,” says former Pakistan all-rounder Azhar Mahmood, reflecting on a surreal Test debut in October 1997. In the first innings of the match, against a South Africa attack that included Donald and Pollock, the 22-year-old Mahmood reeled off an unbeaten 128. The fairytale did not stop there. He was batting at eight, it was his first hundred in first-class cricket, in his 44th match, and made in Rawalpindi, the city of his birth.

“It was my first hundred but I wasn’t surprised with the performance,” says Mahmood. Hehad developed his batting on a Pakistan A tour of England earlier that year, scoring a first-class best of 92. His ability, combined with the liberty to freewheel alongside the tail, set him on the right path. “My approach was always to be positive. We were seven, eight down at the time and I said: ‘OK, if the ball is in my area, I am going to go for it.’ And to just play with freedom. When people don’t expect anything, you have a free mind. There was freedom and no pressure – that’s where that innings comes from.” Entering the fray at 206-6, Mahmood carried Pakistan to 456, sharing a record-breaking 10th-wicket stand of 151 with Mushtaq Ahmed.

The dreamlike quality of the whole event was magnified by the presence of Allan Donald in the opposition. A couple of years earlier, Mahmood had visited New Zealand with Pakistan’s under-19s and watched Donald up close in a Test match. “I remember Allan Donald was fielding on the square-leg boundary, where we were sitting. I looked at him and said: ‘Oh my God. This guy is super fit – look at his broad shoulders, strong legs. When he’s running in, he really runs in.’ That’s when I started to work hard on my fitness. And then years down the line, you’re facing him.”

Of course, not everyone reaches that much-coveted ton so quickly. Claire Taylor, who debuted against India in 1999 with little success, waited two years for England to play another Test series, one in which she made the first of four Test hundreds. Only Jan Brittin has hit more in the women’s game.

With no domestic first-class structure to prepare her for the challenge of Test cricket, Taylor had been unsure of what she was in for. “I didn’t perform particularly well [she made scores of 11 and 0 on her debut] and was caught between the desire to score runs and this overwhelming pressure to not get out – Test cricket was about not getting out. And that was the first thing I thought as a batsman, having not played any long-form cricket in the domestic game.”

Taylor eventually made her first Test century after observing an opponent’s finest work. In the second Test of the 2001 Ashes, the rampant Australians – who had thumped England in the ODIs and won by an innings in the first Test – continued on their merry way at Headingley, bowling the hosts out for 144 before Karen Rolton’s unbeaten 209 underpinned a total of 383-4 declared. Taylor, who was keeping wicket during Rolton’s masterclass, realised what she needed to do to help England at least save face, if not the game.

“One of my overriding memories was to be able to watch, from the best seat in the house, Karen Rolton, one of the best all-rounders in the world game, just bat and bat, and bat, and bat, and be absolutely clinical about what she was doing. In some ways, my innings was a reaction to those huge frustrations of not being competitive and being thrashed for the whole tour and wanting to make a real statement that: ‘We can do this. I can do this. I’ve just watched you bat for 100 and however many overs, I’m going to be more disciplined now.’ This was a different game, but you could still score runs.”

Australia still went on to win but Taylor achieved her goal of making them bat again, finishing with 137 off 232 balls. Ashes glory would eventually come her way in an illustrious and ground-breaking career.

David Gower, English cricket’s great left-handed aesthete, also had to learn a few lessons before reaching three figures in his fourth Test, against New Zealand at The Oval in 1978. “In the previous series [Gower’s first in Test cricket and in that same summer] against Pakistan, I’d got fifties but nothing more substantial than that,” he recalls. “There was a horrendous sweep shot I played at Lord’s against Iqbal Qasim which was ill-judged, ill-played, ill-executed and I was bowled for a brisk 50-odd. I got a lecture from [England captain] Mike Brearley, who said something along the lines of: ‘Can I point out something? Test matches are actually five days – you’re allowed to bat for more than a couple of hours. In fact it’s a rather good thing to build big scores – then we win matches.’ It was politely but firmly imparted. With the New Zealand series, it was the perfect opportunity to get that first hundred and start making bigger scores.”

On 95 in his first innings of the series, Gower went big down the ground, but the ball fell just short of a six: “A little more oomph, a little more weight training and it would’ve been a rather more dramatic way to go to a hundred.” Needing a single for the milestone, he opted for the sweep, and with the ball halfway down the pitch, the thought entered his mind: “If I miss this, this could be close!” The bat got there in time, however, and Gower raised his bat for his second England hundred of the summer; he’d already scored an ODI century, but this carried much more gravitas. “The Test match hundred, I’m afraid, does mean an awful lot more. Even now, people like me revere Test-match hundreds, whatever the brilliance involved in, say, a Jos Buttler T20 hundred. Jos, I’m sure, would swap that for a Test hundred. I’ll always revere Test-match hundreds over and above anything else.”

For Gower, his innings of 111 was simply the next step for a 21-year-old riding the wave; he would finish with 18 Test centuries. “The first one was a stepping-stone,” he says. For most players, however, there are fewer to celebrate, and so the first one sticks in the mind a little more.

Nick Compton goes into detail when recalling the standout innings of his 16-Test England career: a 310-ball 117 against New Zealand in the third innings at Dunedin in 2013. Before that knock on day four, not much had gone right for the opener in the match. He had begun life as an England cricketer with a famous series win in India just months earlier but, after just one half-century in his first four Tests, he needed to do more to secure his place. “I remember [England coach] Andy Flower saying to me before the first Test [of the three-match series against New Zealand]: ‘I can’t guarantee how many matches you’re going to get.’ I knew it could be one or two Test matches – likely two, but it might only be one.”

A first-innings duck added to the pressure and, to make matters worse, he was suffering with toothache while New Zealand put 460 on the board in their first innings. “I had to go for emergency root canal surgery on day three,” Compton says. “I was in surgery from eight till 10 at night before I was due to bat the next day, so I had plenty of time to sit and ponder how I was going to go in potentially the last innings of my Test career. If I’d got a pair, it’s probably unlikely that I would’ve played the next Test match. I was pissed off, I wasn’t in a good mood. I was kind of thinking, ‘This is the end of my career’.

“I woke up the next morning and went to the nets and I remember the psychologist in the England team, Mark Bawden, said to me: ‘If you were a person in the crowd and you got given a lottery ticket, and the lottery ticket won you a chance to open the batting for England, how would you want that experience to go?’ And I thought: ‘Hmm, I’d probably like to go out and play some great shots – I’d like to hit a classic cover-drive or one of my favourite pull shots and hear the crowd go wild.’ I thought that’d be a nice feeling in an England shirt. I kind of just walked out there thinking: ‘Fuck it, if it’s there to hit, I’m gonna play a nice positive shot.’ I wasn’t all nervous and timid and ‘oh shit, I don’t want to get a pair’. I strutted around a bit and the runs started to come.”

When the century arrived, with a clip through mid-wicket off Tim Southee, the bravado turned into something more tender: the stump mic caught a “YEAH!” as he leapt in the air, while his father watched on in the crowd. “He rushed over to me [after play] and gave me a hug and he was pretty tearful. He’d been living and breathing my career and for him to be there, it was very, very special.” Compton was not able to sleep that night as he reflected on his achievement and the journey which had led to it. “I was on cloud nine. Suddenly your brain goes back to being 11, 12, 13 down at Kingsmead in Durban, where I grew up, watching my idols and wondering whether I’d ever be good enough.”

Compton would score another Test hundred in his very next innings, suggesting England may have finally found an opener with some stickability, but it proved to be his final century. Nearly a decade on, though, that first Test ton still means a huge amount. “I’d achieved something that no one could ever take away from me.”

This article was published first in Wisden Cricket Monthly. Guardian readers can get three digital issues of the magazine for just £2.49 or three print issues for just £5.99.

MWC 2022 Day 4 live: All the B2B news as Mobile World Congress comes to a close

MWC 2022 Day 4 live: All the B2B news as Mobile World Congress comes to a close