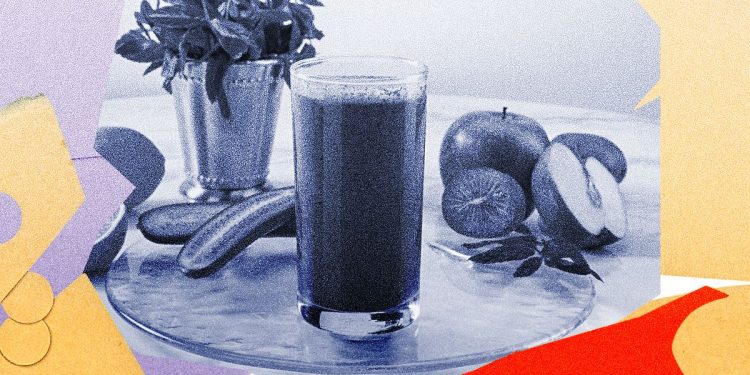 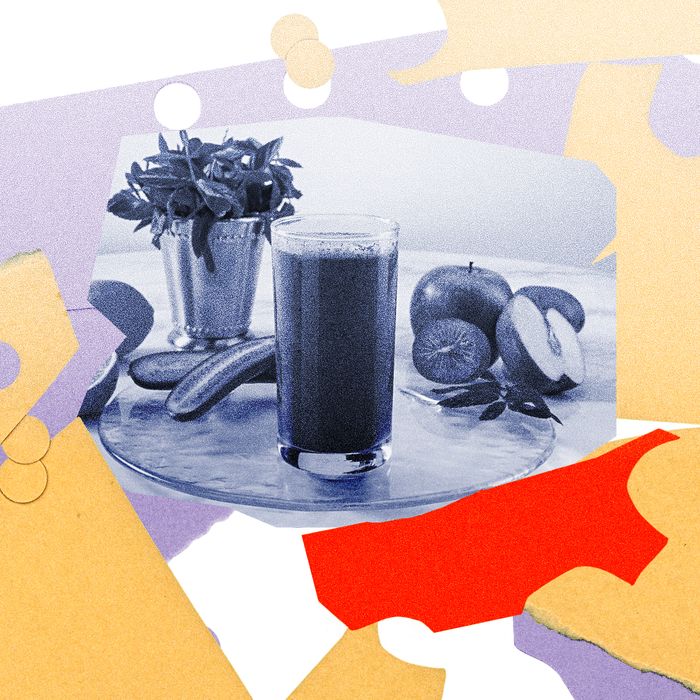 A week about the enduring promise of self-improvement.

You might think that quarantine would have killed off the cleanse, that people would have decided that life’s too short for even periodic deprivation. At the very least, you’d think lockdown would have cryogenically frozen it, to be revivified as the world reopened and people started prepping for postponed weddings, hot girl summers, and other big social outings.

As it turns out, for some, lockdown was the perfect time to try a cleanse for the first time, with no dinner invitations to dodge and full control over their diets.

For Shira Telushkin, a writer in Brooklyn, quarantine offered a chance to experiment with water fasting, something she’d become interested in while doing research on monks as a grad student at Harvard Divinity School. Growing up in an observant Jewish household, she’d done plenty of fasts throughout her life and knew that she took well to them. “I don’t know that my body so naturally aligns with the kind of constant eating patterns that have socially developed and work for a lot of people,” she said.

Pre-pandemic, Telushkin’s diet was often at the mercy of going out with friends (bar food) and work travel (dubious airport sandwiches), leaving her with a sense of disconnect between what she ate and how her body felt. Cooking her own food at home during lockdown, she started to figure out what made her feel good and what didn’t. After that, she tried water fasting, and it felt like a reset button. “For the first time, I felt like I was able to reorient to the natural rhythms of my body,” Telushkin said, “and could reorient my relationship to food.”

A decade ago, juice cleanses were all the rage; today, you’re more likely to see prepackaged “detox” and “reset” diets that feature tonics, soups, and “clean” solid foods. In line with the body-positivity movement, the marketing language around contemporary cleanses tends to focus on wellness rather than weight loss, with promises of healing the body, boosting the immune system, restoring gut health, and enabling us to get back in touch with our bodies. Deprivation is ostensibly out, except when it’s not. (Intermittent fasting is decidedly in.)

“I could barely make it through a Zoom meeting without having to run to the bathroom,” she said, comparing the experience to The Exorcist.

Elliot Tomaeno, a publicist in New York, found his cleanse inspiration in — where else? — an episode of The Goop Lab, the Netflix show in which Gwyneth Paltrow and her colleagues at Goop explore facets of the wellness world like psychedelic psychotherapy and energy healing. In the episode, Paltrow’s team tries different diets to see how they affect a person’s “biological age,” a measure of aging explained to them by a Yale School of Medicine researcher. While one participant adopts a pescatarian diet and another goes vegan, Paltrow tackles the most extreme option: The ProLon Fast, a five-day low-calorie “fast-mimicking” program that includes dehydrated soups, nut bars, algal oil, kale crackers, and herbal tea.

When the last day rolls around, Paltrow is clearly elated to be done with the project. “I’m dying, and I’m hangry,” she says. “Today, I actually feel the worst? It’s weird, because yesterday I felt kind of amazing.”

ProLon claims to promote cellular renewal, metabolic health, weight loss, and mental clarity — providing nutrients without activating the body’s “food sensing system,” per its website. Of all three participants, Paltrow, who was 46 at the time, showed the biggest reduction in her “biological age,” dropping from 44.2 to 42.5. Intrigued, Tomaeno did some more research on the diet and eventually decided to give it a shot.

Having spent his 20s attending a constant rotation of dinners, drinks, and parties, Tomaeno, now in his 30s, had become interested in figuring out how to “fix the damage” incurred by that lifestyle. While ProLon’s focus on longevity appealed to him for that reason, the real impetus was his wedding in September 2020. Tomaeno said he’d been “eating horribly during the pandemic, like everyone else” and wanted to lose some weight in advance of his big day.

Tomaeno has returned to ProLon several times since, newly motivated to extend his life span after becoming a father in December. When we spoke, Tomaeno was on the last day of his most recent ProLon fast and had just eaten his prescribed breakfast: rehydrated tomato soup. “I’m feeling a little tired, and I go through waves of brain fog and then feeling super smart and really, really energetic,” Tomaeno told me brightly. Like Paltrow, he was excited to be done.

Because the effects of a cleanse can be hard to predict, some first-timers appreciated that quarantine limited the potential blast radius. “I was like, I really don’t have anything going on, so if this goes horribly wrong, this is the one time I can afford to see what happens,” a friend explained to me.

This friend, who asked to remain anonymous for reasons that are about to become obvious, did her first colon cleanse in November 2020. It’s good that she was spending all her time at home. For five days, she ate normally but took a supplement shot that, she told me, “rocks your entire digestive system.” The effects were astounding. “I could barely make it through a Zoom meeting without having to run to the bathroom,” she said, comparing the experience to The Exorcist.

My friend noted that the cleanse jazzed up what would have been just another week in quarantine. She’s since returned to it, including four days before a friend’s wedding when she realized her dress was a bit tight. She admits that she gambled with the timeline, stopping the supplements a mere 12 hours before she departed. “I made it through the flight, but I had to run back from the rehearsal dinner to my hotel room,” she said.

Now that they’ve undergone the pressure test of a global pandemic, the foundational principle of cleanses, almost like a law of physics, seems to go something like this: They will change shape, but they will never go away entirely.

Amy Bentley, a food historian at New York University, sees today’s proliferation of fad diets and branded cleanses as a control-seeking response to a wide availability of delicious food and a lack of socially enforced rules about how to eat it. “We make up rules: I don’t eat anything white, I eat like a caveman, I only drink my food,” she said. In general, food is one of the relatively few areas where we can consistently exert our autonomy. “The world has so many problems, and it’s so complicated. We could do a lot of good if we got out there and tried to help our communities, but there’s something easier about reforming ourselves,” Bentley said.

This is, of course, where it’s important to pay attention to the potential for disordered eating. Drew Hays, a registered dietitian and assistant professor of nutritional sciences at University of Texas, Austin, has plenty of beef with cleanses, pointing out that our liver and kidneys carry out the complicated task of cleansing our systems with far more proficiency than any detox protocol ever could. Hays said that while extreme cleanses can cause serious health issues, like electrolyte imbalances, her much larger concern is their psychological, and in turn physical, impact.

“Any diet where we have even short spurts of cutting everything out, or swearing off something, can really tip the balance to disordered eating,” she said. “It might not be defined as eating disorder A, B, or C, but it’s an unhealthy relationship with food that negatively affects human health, mental health, everything.”

As a college student in the early 2010s, Thomas Murphy, a retail manager in Soho, did two days of the Master Cleanse, which involves drinking nothing but a mixture of lemon juice, water, maple syrup, and cayenne pepper. (Beyoncé touted it as her secret for losing 20 pounds ahead of her starring role in Dreamgirls). A few years later, he did a five-day juice cleanse, stocking up on various green, citrus, and beet juices at Liquiteria. “With the kind of propaganda at the time, I thought I was going to be enlightened, honestly,” he told me. “I felt like I had really bad heartburn, and all the sugar in the juice was making my blood sugar go crazy.”

More recently, he did the ProLon Fast, mostly for “vanity reasons” — losing water weight and improving his skin — as mask mandates dropped and the city resumed its social hum. He did lose weight, but he was also notably cranky. Though Murphy has noticed a change in the language around cleanses since his experiment with the liquid ones, hinging on wellness rather than weight loss, he doubts that people’s motivation for doing them is very different.

That said, Murphy told me that he’d do one tomorrow if he got invited on a vacation last-minute, even if he knows deep down, “it won’t change anything.”

Get the Cut newsletter delivered daily

By submitting your email, you agree to our Terms and Privacy Notice and to receive email correspondence from us.