The Large Hadron Collider is about to turn back on after a 3-year hiatus – Space.com 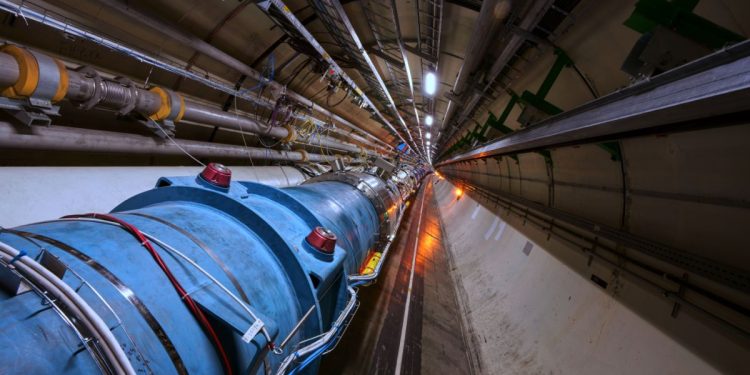 The world’s largest and most powerful particle accelerator is about to turn back on.

In December of 2018, the Large Hadron Collider (LHC) at CERN near Geneva, Switzerland, shut down so that improvements and updates could be made to the facility. After the more than three-year planned hiatus, the LHC is ready to turn back on for Run 3, its third round of operation.

Related: The Large Hadron Collider will explore the cutting edge of physics after 3-year shutdown

Although the shutdown was planned, the LHC did also run into some delays due to the ongoing COVID-19 pandemic. Nevertheless, the teams at CERN were able to make a number of updates and improvements to the particle accelerator to support new, next-generation science during the scheduled shutdown.

The LHC functions by accelerating particles like protons to nearly the speed of light, at which speeds the particles collide with one another. As the most powerful accelerator in the world, the LHC can generate hundreds of millions of particle collisions every second.

At the extreme high energies the LHC can create, scientists are able to explore mysterious phenomena like dark matter and dark energy, both of which scientists predict exist but neither of which have been proven or detected yet.

While only a small fraction of these ultra-high-speed collisions display the strange physics processes scientists are looking to study, the collisions can produce massive particles like the Higgs boson, an elementary particle predicted to exist by the Standard Model of particle physics that was verified by experiments at CERN in 2012.

Although the LHC has led to new physics research throughout both of its previous, successful runs, teams at CERN hope to push their explorations with the new upgrades implemented during the shutdown.

Included in these improvements, CERN has increased the power of the LHC’s injectors, which feed the beams of accelerated particles into the collider. During Run 2, ending in 2018, the collider could accelerate beams of particles up to an energy of 6.5 teraelectronvolts, which has been increased to 6.8 teraelectronvolts, according to a statement from CERN. (A single teraelectronvolt is roughly equal to 1 trillion electron volts (TeV). 1 TeV is roughly equivalent to the kinetic energy of a flying mosquito; this might not seem much, but it’s an immense amount of energy for a single proton.)

In order to pull off this significant increase in energy, thousands of superconducting magnets in the LHC, that direct the proton beams, need to “learn” to adjust to stronger currents after being shut of for so long during LS2 [Long Shutdown 2], CERN officials wrote in a statement. It takes about 12,000 individual tests as part of what CERN calls “magnet training” to make this adjustment.

The increase in energy will allow the LHC to pull off even higher energy collisions than before, potentially revealing new insights into how particles behave. In turn, scientists hope to push the Standard Model, the leading scientific theory that describes all known forces and particles in the universe, to better explain puzzles like dark matter and dark energy.

Run 3 will last until 2024, at which point another planned shutdown will occur. During this hiatus, another upgrade will narrow the colliders’ proton beams, increasing the number of simultaneous collisions taking place from 40 in 2018 to between 120 and 250, according to a report from NewScientist.

These upgrades will, altogether, be so significant that the LHC will be given a new name, becoming the “High Luminosity Large Hadron Collider” when it resumes work in 2028.