The next government must be honest about the end of coal 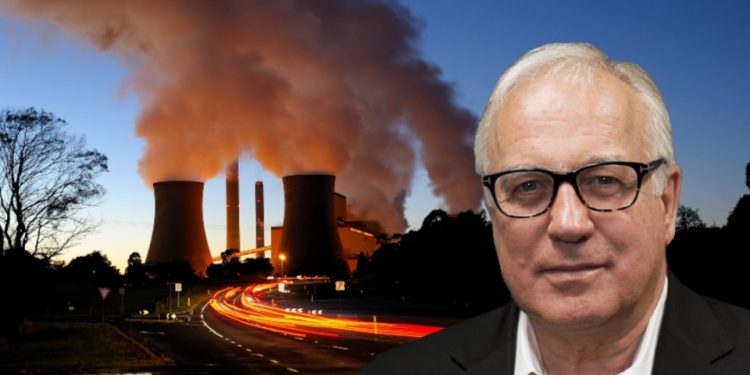 
The full tragedy of the Coalition’s climate change campaigns is becoming clear, and it’s the exact opposite of what it predicted.

We don’t have too much renewable generation, but not enough, and still way too much coal.

The recent quarterly report from the Australian Energy Market Operator shows that electricity prices are rising and the grid is becoming unstable because of coal-fired generation.

In fact, Australia’s fleet of coal-fired power stations is failing, and it’s happening too soon, before it can be fully replaced with cheaper, more reliable, solar and wind, and for that we can blame the Liberal and National parties.

This issue is not getting anywhere near the attention it deserves in the election campaign, largely because the Labor Party’s own policy is barely adequate and it’s terrified of being accused of proposing a carbon tax.

(Labor’s climate change policy involves tightening the safeguard mechanism, and thereby reducing the amount of greenhouse gas each company can emit until Australia reaches net zero by 2050. The Coalition also has a policy of net zero by 2050, but no credible plan to get there).

But the worst was Prime Minister Scott Morrison’s statement the other day that he wants to keep all the coal-fired power stations going for as long as possible.

As AEMO clearly shows, that’s a recipe for higher power prices and supply disruptions because they haven’t been properly maintained and are getting very expensive to run, as well as unreliable.

In its Quarterly Energy Dynamics report for the March quarter, AEMO said wholesale electricity prices have gone up 67 per cent since the December quarter and 141 per cent since this time last year.

The two states most dependent on black coal, New South Wales and Queensland, have been the hardest hit, with prices in Queensland of $150/megawatt hour compared with a national average of $87.

Since this time last year, the marginal prices of black coal generators have more than doubled, from $40/MWh to $95, as shown by this graph:

Note that the black coal generators were raising their prices well before the Ukraine war began in February, which pushed up the price of coal.

In Victoria, the Yallourn brown coal generator produced its lowest output in the March quarter since the National Electricity Market began more than 20 years ago.

The other reason coal is becoming uneconomic, apart from being replaced by cheaper solar and wind, is that batteries are replacing its function of frequency control.

It’s called “frequency control ancillary services” (FCAS) and refers to the need to keep the alternating current system to 50 cycles per second, which is what our appliances need to operate properly. Coal-fired generators have been getting paid for maintaining that, which has been an important source of revenue.

But AEMO says that grid-scale batteries have now taken over from black and brown coal and lead the provision of FCAS. Also, other new sources of frequency control such as demand response (paying companies to turn off machines to save power when they can) and virtual power plants (using software to pool a whole lot of rooftop solar) have also grown FCAS volumes at the expense of coal.

The usurping of coal by solar and wind power is global, not just in Australia, although here it’s a bigger deal. The following chart was published yesterday by Solar Power Europe in its global market outlook:

Solar and wind have gone from being the most expensive sources of electricity to the cheapest, by far, in little more than a decade, and their prices are still falling.

But while the changing reality is global, the refusal to accept it is Australian alone, or rather Australian conservatives’.

It’s time for the federal government to take the lead not only in managing the closure of all coal-fired generators over the next 10 years and ensuring that there’s enough solar, wind and batteries to take their place, but also to tell the truth to the families and communities affected.

The transition from coal to renewables is coming, ready or not, and there’s not much the government needs to do beyond making sure AEMO and the Energy Security Board keep an eye on it, and making sure the transmission grid is ready, both in structure and geography.

But the No.1 job for governments is to tell truth, and to look after those affected, not to lull them into thinking it’ll be OK.