The Ocean Is Starting to Lose Its Memory, Scientists Warn – ScienceAlert 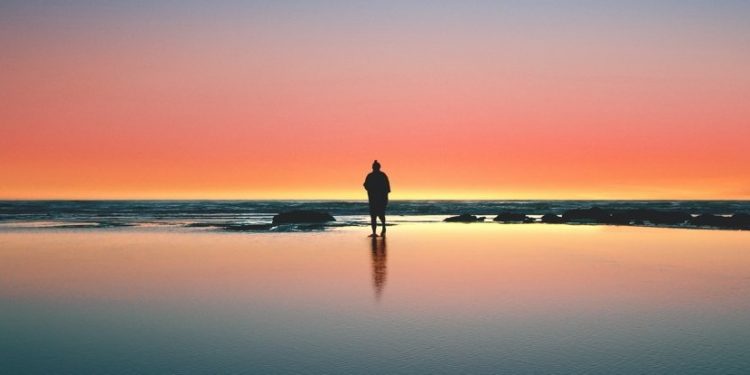 The oceans that surround us are transforming. As our climate changes, the world’s waters are shifting too, with abnormalities evident not only in the ocean’s temperature, but also its structure, currents, and even its color.

As these changes manifest, the usually stable environment of the ocean is becoming more unpredictable and erratic, and in some ways the phenomenon is akin to the ocean losing its memory, scientists suggest.

“Ocean memory, the persistence of ocean conditions, is a major source of predictability in the climate system beyond weather time scales,” researchers explain in a new paper led by first author and climate researcher Hui Shi from the Farallon Institute in Petaluma, California.

“We show that ocean memory, as measured by the year-to-year persistence of sea surface temperature anomalies, is projected to steadily decline in the coming decades over much of the globe.”

In the research, the team studied sea surface temperatures (SSTs) in the shallow top layer of the ocean, called the upper-ocean mixed layer (MLD).

Despite the MLD’s relative shallowness – extending only to a depth of about 50 meters down from the ocean’s surface – this upper layer of water exhibits a lot of persistence over time in terms of thermal inertia, especially compared to the variations seen in the atmosphere above.

In the future, however, modeling suggests that this ‘memory’ effect of thermal inertia in the upper ocean is set to decline globally over the rest of the century, with dramatically greater variations in temperature predicted over coming decades.

“We discovered this phenomenon by examining the similarity in ocean surface temperature from one year to the next as a simple metric for ocean memory,” explains Hui.

According to the researchers, shoaling effects in the MLD will introduce greater levels of water-mixing in the upper ocean, effectively thinning out the top layer.

This is expected to lower the ocean’s capacity for thermal inertia, rendering the upper ocean more susceptible to random temperature anomalies.

Just what that means for marine wildlife is unclear, but the researchers note that “consequential impacts on populations are likely”, although some species are expected to fare better than others in terms of adaptation.

On another note, the ocean memory decline is expected to make it significantly harder for scientists to forecast upcoming ocean dynamics, reducing reliable lead times for all sorts of predictions related to SSTs. This will hinder our ability to project monsoons, marine heatwaves (MHWs), and periods of extreme weather, among other things.

As extreme weather is predicted to become more frequent in the future, our need to accurately forecast measurements for things like ocean temperature, precipitation levels, and atmospheric anomalies becomes only more important – but if the ocean loses its memory, we risk going the other way, the researchers say.

“The projected decline in ocean memory is likely to hinder ocean prediction efforts by reducing the lead times at which SST forecasts, including those for MHWs, are skillful,” the authors write.

The findings are reported in Science Advances.