The Only Match-day Guarantee For Stevie Johnson? A Hug 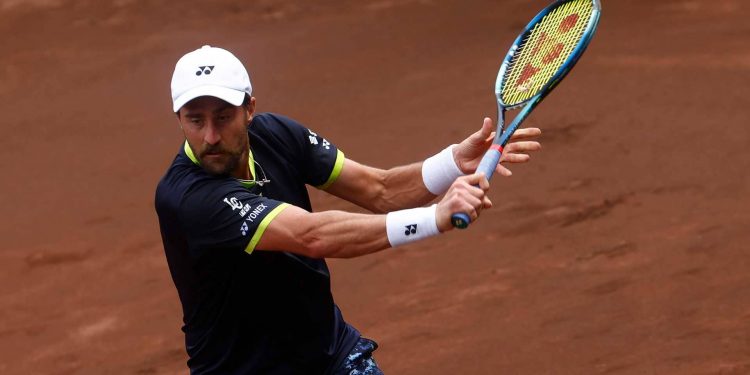 Steve Johnson scored a 6-3, 4-6, 6-4 win over countryman Denis Kudla in front of a supportive crowd at the Fayez Sarofim & Co. U.S. Men’s Clay Court Championship on Tuesday. But at least one person in the Houston stands was not too concerned about the result — Johnson’s young daughter, Emma.

“If I would’ve lost, I would’ve still gone out and had a blast with her,” the American said in his on-court interview. “She doesn’t care whether I win or lose. Life is good;  you’ve got to put it all in perspective.”

Following the interview, Johnson picked up his daughter from the crowd and held her on the court as he signed the camera lens in victory.

The 2017 and 2018 Houston champion will next face fourth seed John Isner in the second round, with Emma sure to be watching on.