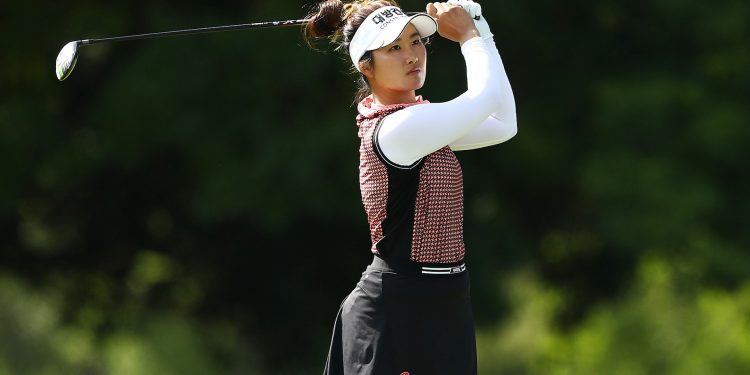 
This is the third time the tournament has been played and its second visit to the Boca Rio Golf Club after being played at Lake Nona in 2021.

The tournament started its life in 2017 in Indianapolis but moved to Florida in 2020 where Madelene Sagstrom claimed her first LPGA Tour title.

DEFENDING CHAMPION: Not for the first time in 2022 the words ‘Defending Champion’ will be immediately followed by the name Nelly Korda. Hard as it is to believe, the win last February was the World No.1’s first on U.S. soil despite being her fourth on the LPGA.

Last year was also the first time Korda’s parents had been present to see her win, a special fortnight for the family after sister Jessica won the season opener the week before.

COURSE: Boca Rio may be one of the more interesting clubs – and courses – to play host to a professional tournament.

Founded in the 1960’s as a private playground for the rich and famous, Boca Rio is a little better known these days thanks to first hosting the LPGA in 2020.

The club was founded as a golf only facility and remains so to this day, unencumbered by amenities like swimming pools and other country club type additions.

The course, too, is a golfer’s layout with a heavy reliance on strategy and subtle design features to add challenge rather than water hazards and narrow fairways.

Designed by the famously eccentric Robert von Hagge, the course is held in high regard by many and proved a compelling test for the LPGA field two years ago.

Von Hagge was known for his outlandish dress sense (he often wore a cape) as well as for a stint as The Marlboro Man in several TV commercials in the 1950’s.

He was also, at separate times, married to professional golf sisters Marlene and Alice Bauer.

But von Hagge was more than just a larger than life personality, he was also a talented course architect and his work at Boca Rio will once again prove a worthy test for the best women players in the world.

The hallmarks of the course are wide driving corridors but demanding second shots where an ability to shape the ball both ways is an advantage.

PLAYERS TO WATCH: With 16 of the world’s top-25 teeing up there is no shortage of quality players on hand to kick off the season.

Once again Nelly Korda will be among the favourites despite a disappointing final round last week which saw her give up a one stroke overnight lead Sunday on her way to a T4 finish.

However, that is likely a blip and while she struggled at this course two years ago, she is a vastly improved golfer in 2022. Karrie Webb makes a return to competitive golf this week at an event played close to her house in Florida. PHOTO: David Cannon/Getty Images.

Last week’s winner Danielle Kang showed a liking for Boca Rio when the tournament was last here two years ago. She finished third then and it would be no surprise to see her among the contenders late Sunday after an energising first win in almost two years.

While most eyes will be on the big names above – as well as Canada’s Brooke Henderson, Patty Tavatanakit, Ariya Jutanugarn and more – Australia’ Su Oh may well be in the conversation after her confidence boosting victory at the WPGA Championship at Royal Queensland.

It was Oh’s first trophy since winning the 2015 Australian Ladies Masters in just her second start as a professional.

The 25-year-old has yet to show her best stuff on the world stage and while the field may have been small, winning the Karrie Webb Cup two weeks ago will be a major confidence boost.

Meanwhile, in a surprise move, the woman whose name adorns the WPGA Championship trophy Oh now holds will make her presence felt with a first LPGA appearance in two years.

Karrie Webb lives not far from the Boca Rio course and has caused a few heads to turn by entering the tournament this week.

Her chances of being competitive would seem slim but Webb is not the type to embarrass herself so has likely been practising hard in readiness for this dipping of a toe back into tournament golf.

PAST AUSSIE WINNERS: No Australian has won the event.