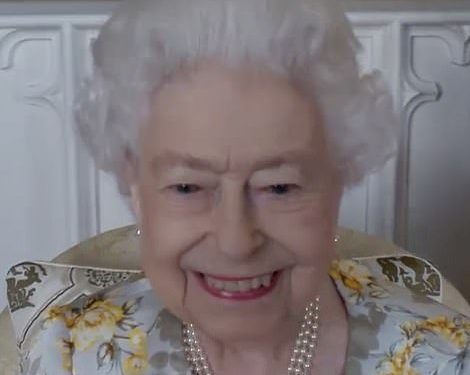 
The ‘very tired’ Queen will limit her Platinum Jubilee appearances to ‘just a few’ events after battling covid two months ago and ongoing mobility problems, a royal expert warned today.

Her Majesty revealed that fighting coronavirus in February has left her ‘exhausted’ in a video call with NHS staff and patients last week.

She told them: ‘It does leave one very tired and exhausted, doesn’t it? This horrible pandemic. It’s not a nice result.’

Royal biographer Angela Levin said the Queen’s presence at jubilee events will be limited due to her frailty.

She said: ‘It’s going to be very difficult and I think they will only show her in a few instances, maybe at the service at St Paul’s. That will be very important to her because she is a Christian.

‘I don’t think we’ll see her around and about. Maybe she’ll be well enough to sit and watch horses. It won’t be her, everywhere. But if she is there, she will appreciate the fact the public will be wanting to be there and supporting her.

‘I imagine that the aides are worried that if the public don’t see her, people may think that if she’s not there it’s not worth us going.

‘I’m sure everyone in the Palace hopes that people will turn up to show their respects and say thank you for an extraordinary reign both in length and in breadth’. 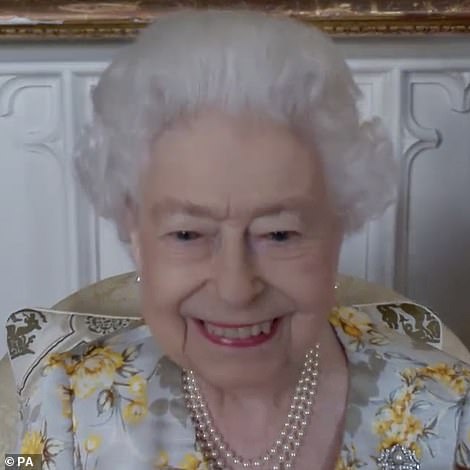 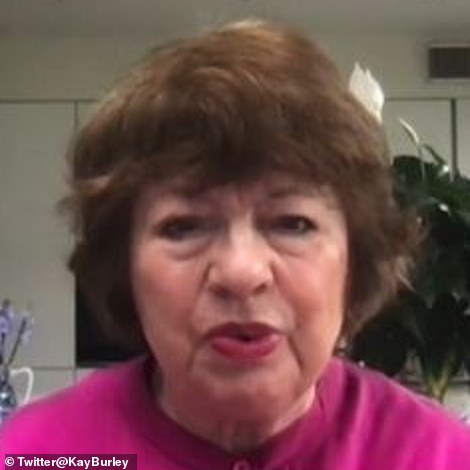 The Queen speaking to staff at the Royal London Hospital by video link where she revealed that having Covid has left her ‘tired and exhausted’. Royal commentator Angela Levin says the public should not expect to see her that often during the Platinum Jubilee in June 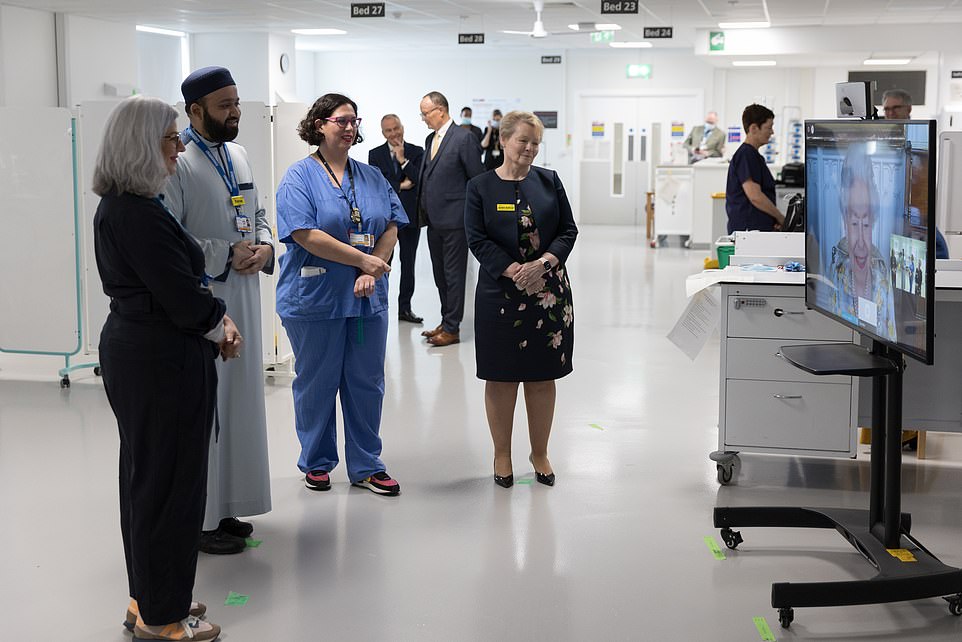 Which other Royals have caught Covid?

As Covid brought Britain to a standstill after the first lockdown in March 2020, even the Royal family was not left unscathed.

Prince Charles has tested positive for the virus twice. He first became ill in March 2020 during the first lockdown and lost both his sense of taste and smell.

He became ill again in February and was forced to self-isolate for a second time.

His wife Camilla, Duchess of Cornwall, tested positive for Covid for the first time in February and was also forced into isolation. Both have made a full recovery.

Prince William, 39, tested positive for Covid in April 2020 but kept his illness a secret to avoid causing worry, until it was reported seven months later by The Sun newspaper. The prince was reportedly ‘hit hard’ by Covid and struggled to catch his breath while self-isolating in Norfolk.

Other royals known to have been laid up with the disease include Princess Anne’s husband Admiral Sir Timothy Laurence in December last year and Princess Michael of Kent in November 2020.

Ms Levin was asked by Sky News if Harry and Meghan will come to the UK for the jubilee events.

She said: ‘I’m sure they won’t. I mean their behaviour just keeps going down and downhill. The fact that it is suspected in another royal book that Harry is really going to go for Charles and Camilla, I mean how many times does he have to have a go at his family. We’re all bored with that. Move on and try to enjoy your life, not go on and on endlessly about how badly you were treated. It’s just tragically sad and nothing like the Harry that I knew.

She added: ‘It’s quite painful to watch him. You just want to shake him and say: “Don’t you see what you’re doing”.’ We’ve all had enough of it. We’re bored stiff of it.

‘Show us a very happy man, because you’ve got what you wanted – and loads of money.

‘She [Her Majesty] would love to see him. She adores Harry. It doesn’t seem to bother him. I mean he should have been there for the memorial service. If he can go for the Invictus Games in Europe – it’s just a hop and a skip from there. You can rest assured that in Westminster Abbey there would have been every possible security in place with all the royals from home and abroad there as well as the Prime Minister and various celebrities. It’s a psychological decision that he has cut himself away’.

When Buckingham Palace announced that the Queen had tested positive at Windsor, it was said that she had ‘mild cold-like symptoms’.  While she had her weekly audience with the Prime Minister, she did not appear on scheduled video calls.

Sources told the Daily Mail the cancellations to recent events were made because she sounded ‘croaky’ and ‘full of cold’ and not because her condition had worsened. She also pulled out of the annual Commonwealth Day service, albeit more due to mobility problems.

However it seems that like many who have contracted Covid, the Queen – who is triple-jabbed and likely to have had her second booster injection by now – is suffering from after-effects including extreme exhaustion.

This will no doubt add to the mounting health problems of the last six months, which saw her needing hospital care last autumn and unable to conduct an engagement outside palace walls for six months.

The Queen notably missed the Commonwealth Day Service on Monday, March 14, which was attended in her absence by the Prince of Wales, the Duchess of Cornwall and the Duke and Duchess of Cambridge.

The monarch had previously been given rest orders by doctors even before catching Covid, and had been forced to cancel a two day trip to Northern Ireland on October 20 at the last minute.

She was finally seen in public at the Duke of Edinburgh’s service of thanksgiving at the end of last month.

While she has also pulled out of this week’s Maundy Service in Windsor for the first time ever due to her mobility and handed responsibility to the Prince of Wales and Duchess of Cornwall, she has stoically continued video calls and audiences.

Four key events are said to be considered as priorities for the Queen to attend in-person, The Express reports, including the state opening of Parliament in May, the Derby at Epsom, the Trooping of the Colour in June and a special service at St Paul’s Cathedral that same month to mark her Platinum Jubilee.

This week the Queen – who will celebrate her 96th birthday at the end of next week – marked the opening of the Queen Elizabeth Unit at The Royal London Hospital, of which she is patron, talking to staff and one former patient.

Wearing a floral dress with a pearl necklace, she said the staff’s work was ‘splendid’.

Nurse Charlie Mort said: ‘The amount of bravery that both the patients and my colleagues showed throughout the entire pandemic was amazing and the amount of kindness we were shown was inspiring. I think we will all be bonded together because of it, forever.’

‘It’s amazing, isn’t it, what can be done when needs be,’ the Queen said.

Imam Faruq Siddiqi, hospital chaplain, said families ‘felt a sense of hope’ when they knew he was visiting their loved ones. ‘

Although I didn’t hold any miracles, I hope I was able to bring some sort of comfort to them through my presence and prayers,’ he said. 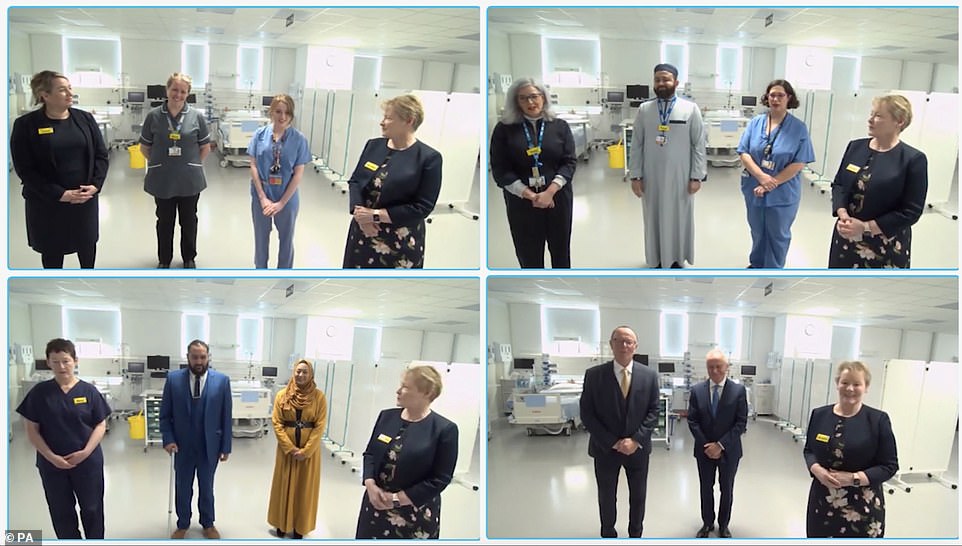 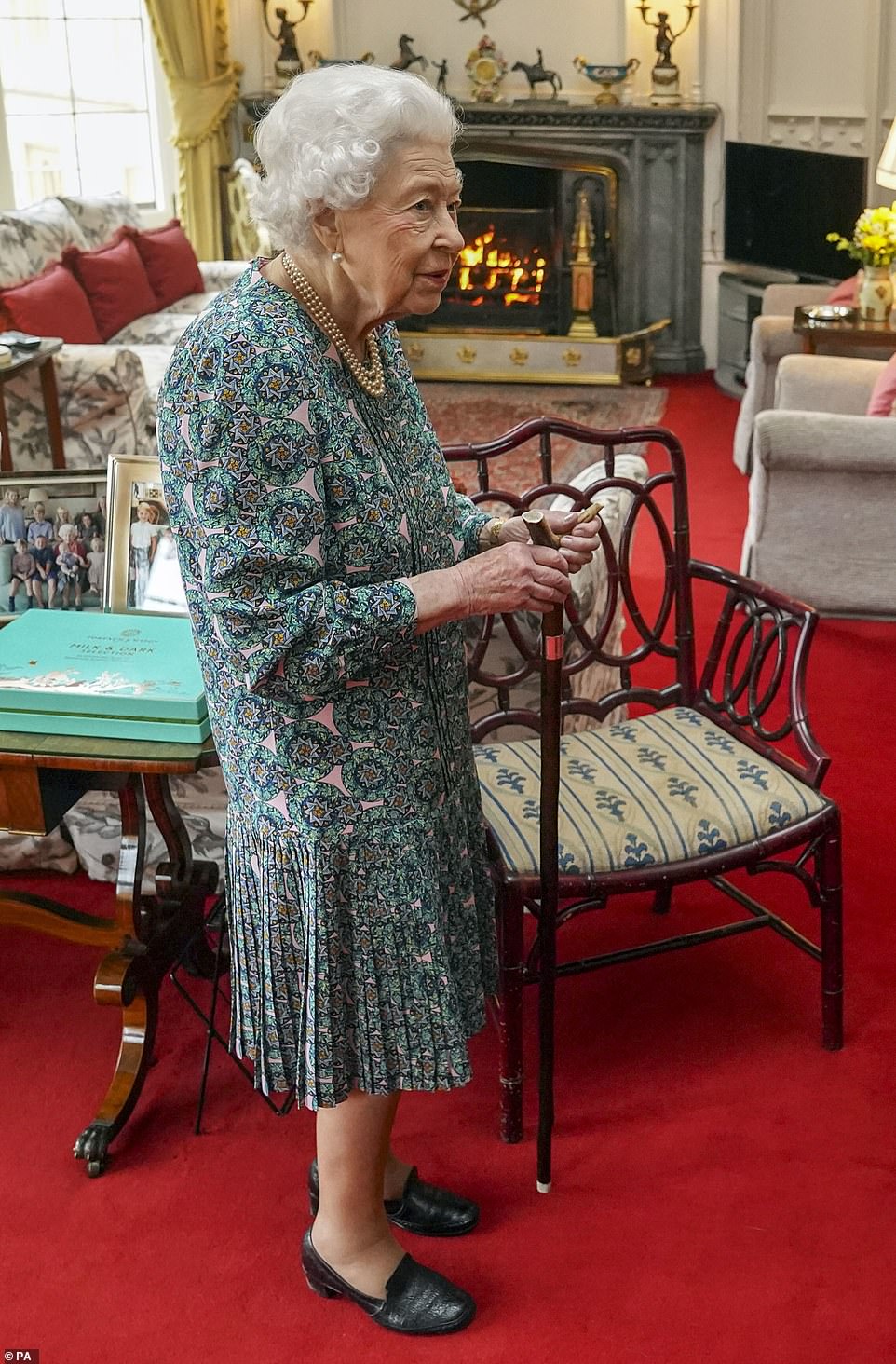 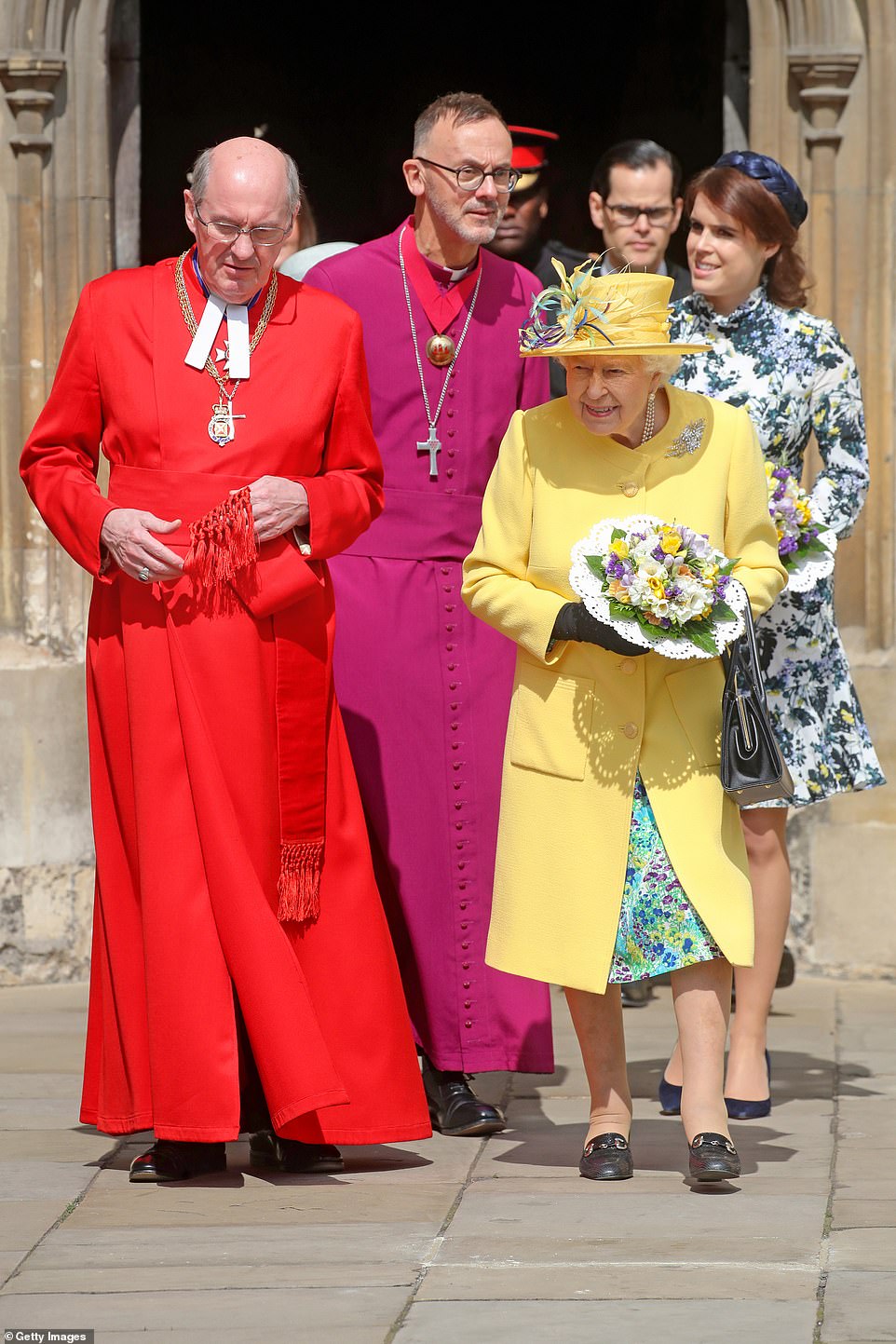 In a first for her reign, the monarch, 95, will instead be represented by Prince Charles at the Maundy Service, due to be held on Thursday, April 14.

The Queen replied: ‘It obviously was a very frightening experience to have Covid very badly, wasn’t it?’

Mr Siddiqi said: ‘I think what made it worse was being by themselves.’ ‘Exactly. So they were alone, too,’ the Queen remarked.

Mireia Lopez Rey Ferrer, senior sister, said that the intensive care unit had been ‘unrecognisable’ with so many patients.

‘As nurses we made sure they were not alone,’ she said.

‘We held their hands, we wiped their tears, and we provided comfort. It felt at times that we were running a marathon with no finish line.’

‘It must have been a terrible time for all of you,’ the Queen said. ‘Not seeing your own families and also working so very hard… That [was] the unusual part of it wasn’t it, not being able to meet your relatives and being isolated.’

Asef Hussain, a former patient, explained how he and his family had contracted Covid in December 2020. His father and brother were also treated at the unit for Covid before they passed away. 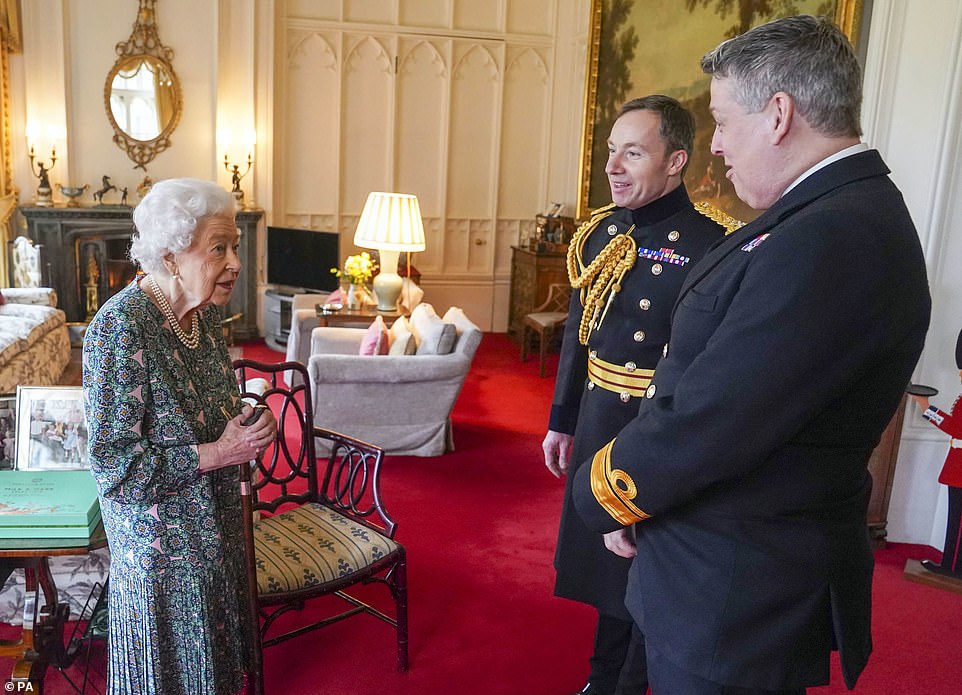 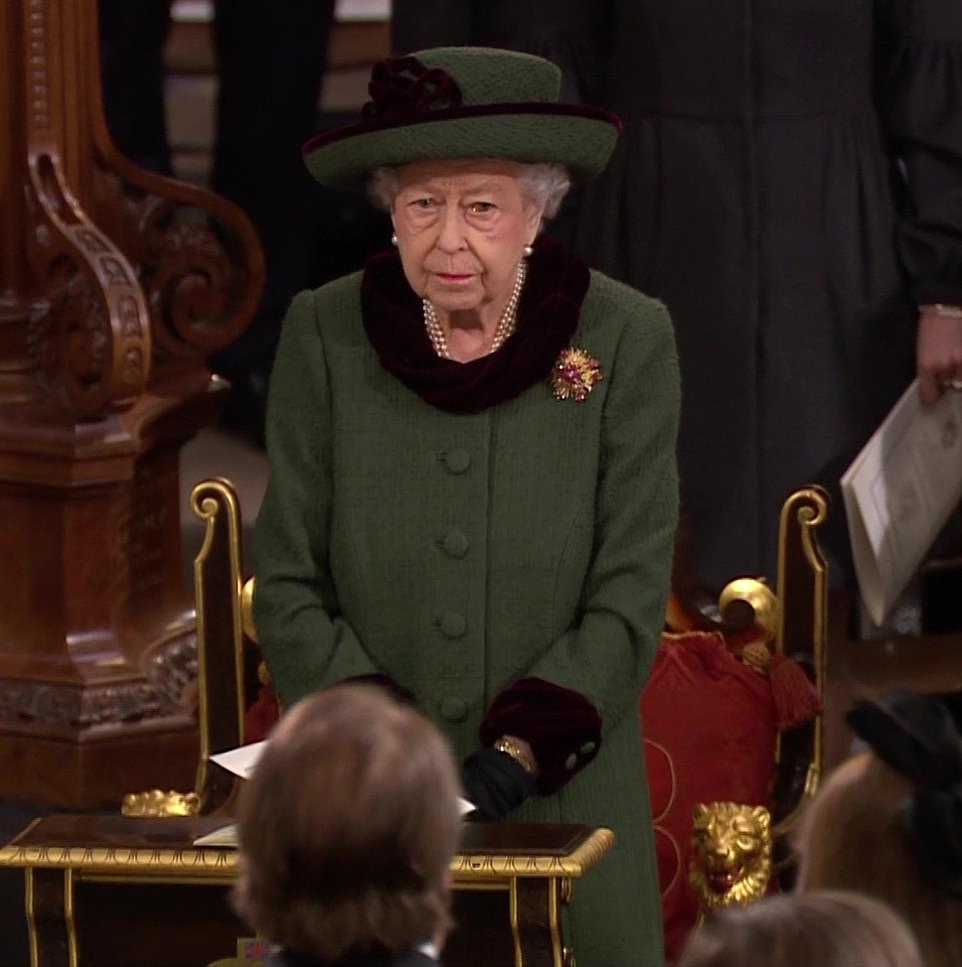 There were also fears the Queen would miss Prince Philip’s memorial service at the end of March before a ‘military-style’ plan was hatched to ensure she could arrive comfortably. (Pictured: An emotional monarch during Philip’s service) 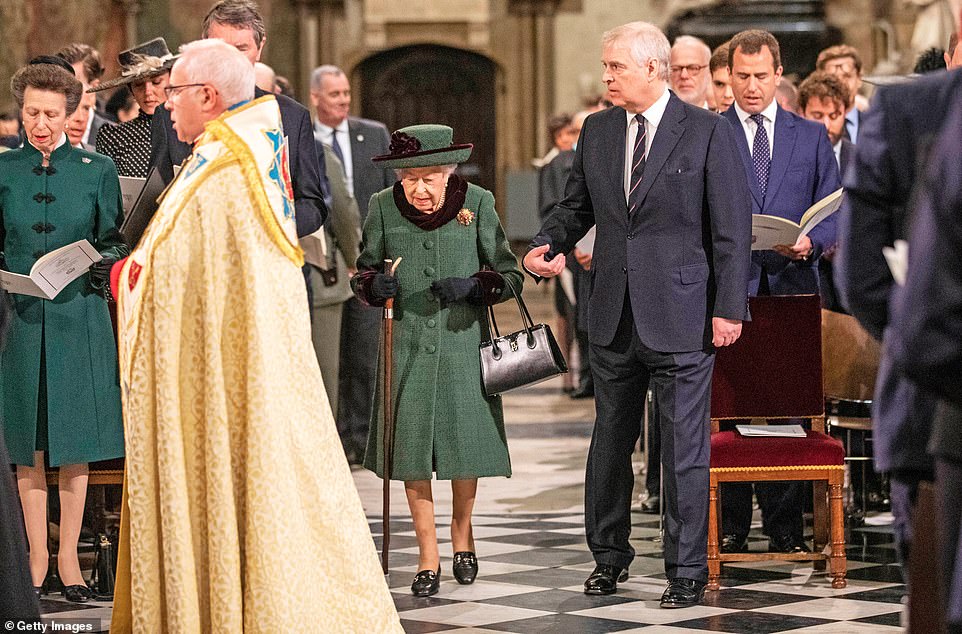 Mr Hussain, joined by his wife, Shamina, said his brother was admitted first and died that day. He was taken to hospital himself after struggling to breathe and was put to sleep for seven weeks.

‘Once I woke up I saw the brilliant work the nurses, the doctors – the whole team here were doing. They supported me and my family in a fantastic way.

‘Unfortunately while I was asleep my father passed away from Covid as well,’ he said.

‘Are you better now?’ the Queen asked. ‘I’m getting there, I’m recovering, I’m much better,’ Mr Hussain said.

Mr Hussain’s wife explained how she prayed for his recovery on Zoom calls with family around the world. ‘Praying for him, oh wonderful,’ the Queen said.

She added: ‘I’m glad that you’re getting better. It does leave one very tired and exhausted doesn’t it, this horrible pandemic? It is not a nice result.’

The monarch also spoke to the team behind the building of the new unit and burst out laughing when Jeff Barley, project director, told her he plundered his ‘black book’ to find people to help him.

The Queen replied: ‘That is marvellous isn’t it. It is very interesting isn’t it, when there’s some very vital thing, how everybody works together and pulls together. Marvellous, isn’t it.’

Mr Barley hailed the ‘little bit of Dunkirk spirit’ involved, prompting the Queen, smiling, to say: ‘Thank goodness it still exists’, amid laughter. The plaque was then unveiled and held up to show the monarch.

The Royal London Hospital has served the residents of East London for the past 280 years. It was granted its royal title by the Queen during a visit in 1990 to celebrate the 250th anniversary of its opening on the Whitechapel site. 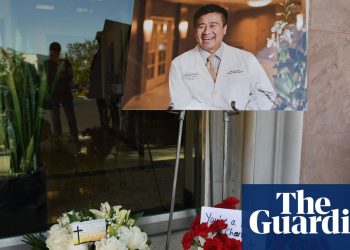 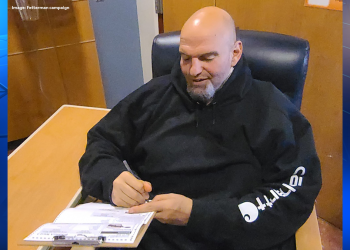 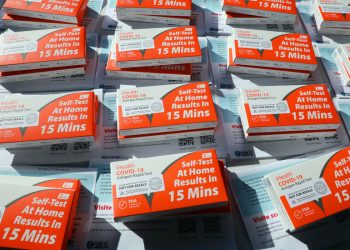 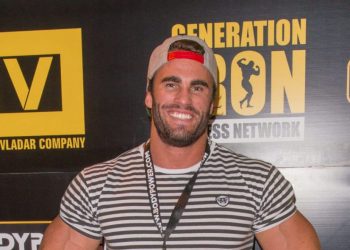