The Restaurant Group adds another £500m in loans


Wagamama owner The Restaurant Group adds another £500m in loans and reveals it’s burning through £5.5m of cash each month as branches remain shut

Wagamama owner The Restaurant Group (TRG) has warned it is still expecting to burn through £5.5million of cash each month until the current national lockdown ends.

The amount is the same as the company lost during the month-long shutdown in November, but about £2million more than its outflow in the first lockdown.

The firm, which also runs the Frankie & Benny’s dining chain, said it has also agreed on new loans worth £500million with lenders that will partly go towards repaying other credit facilities and help it consolidate its debts. 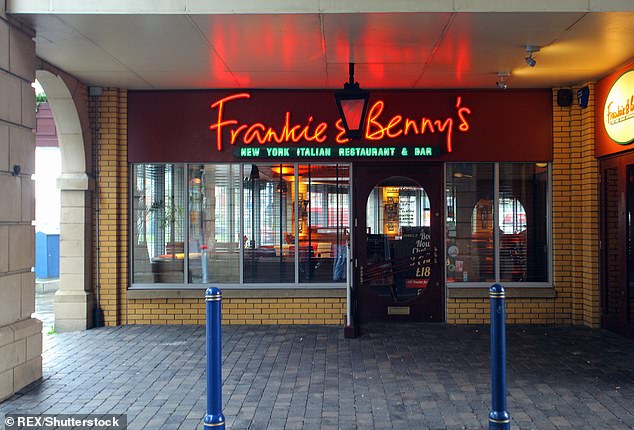 It added that the new loans would provide it with ‘enhanced liquidity and long-term financing’ as the £120million revolving credit facility will not mature until 2025, with the £380million Term Loan Facility maturing the year after.

TRG, whose brands also include Chiquito, Garfunkel’s, and Brunning & Price, observed that it had received strong demand from its estimated 200 leisure and Wagamama outlets in the present lockdown.

Standalone delivery and takeaway sales were at around 2.5 times and five times higher than their pre-coronavirus levels, it said.

About half of its restaurants and pub restaurants in the UK are not operating though, but it stated it is advancing plans to reopen its outlets once restrictions on hospitality firms are lifted.

‘The group has good capability to deliver an accelerated reopening plan for dine-in trading, once the current restrictions for hospitality businesses end, with all viable sites being reopened within two weeks,’ it declared.

Under the government’s plans announced last week to loosen curbs, hospitality venues will be allowed to serve customers outdoors ‘no earlier than’ April 12, with full reopening happening no earlier than May 17. 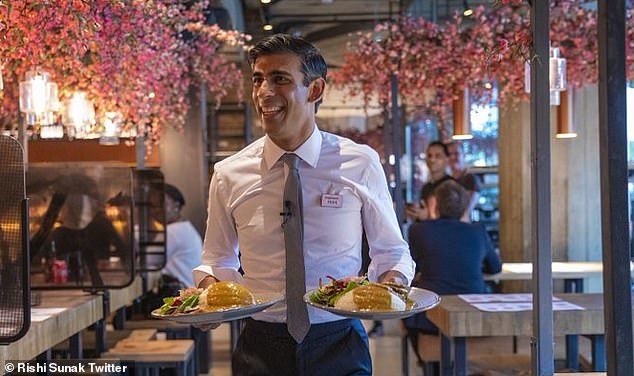 The Restaurant Group’s brands include Wagamama’s, where Rishi Sunak served a meal last year as part of publicity for the government’s Eat Out to Help Out scheme

Hospitality companies have been some of the businesses worst affected by the pandemic as lockdown restrictions forced the closure of pubs, restaurants and bars, and severely damaged trade as a consequence.

Technology business Fourth estimates the sector lost 660,000 jobs in 2020, with the restaurant industry experiencing a 30 per cent year-on-year drop in staff compared to just a 22 per cent decline among pubs.

TRG announced last June that it would be shutting 125 branches and making up to 3,000 employees redundant in the UK due to the downturn in business.

Its sites in London, other major cities, and airports have been particularly affected on account of employees working from home en masse, a slump in international travel, and diners wanting to eat more often at local dining establishments.

Shares in The Restaurant Group were up 3 per cent during the late afternoon to 112.2p.

Electra Private Equity, the owner of the UK Fridays franchise, has stated it is in talks with the American owner of the franchise to create a new franchise for its bar-based operation 63rd+1st, The Times reported on Friday.

Electra chief executive Robert Cook told The Times that the arrangement could see the New York-based TriArtisan Capital Partners take a stake in the operation.

‘We’ve trademarked the 63rd+1st brand globally. It’s ours, but we’re just in the process of working out where it sits,’ he added.

When Does It Benefit a Company to Buy Back Outstanding Shares?