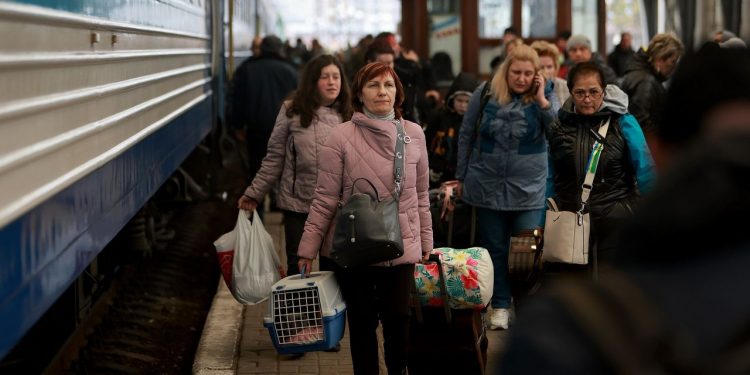 BRUSSELS–The Biden administration is preparing to impose a second round of sanctions on Russia this week, including on two of its biggest banks and on two daughters of Russian President Vladimir Putin, U.S. officials said.

The sanctions, which could be announced as early as Wednesday, are expected to be imposed on Sberbank, Russia’s largest bank, and Alfa Bank, one of Russia’s top private lenders, the officials said.

The U.S. will also impose sanctions on Mr. Putin’s two daughters, Mariya Putina and Katerina Tikhonova, as it continues to target those in the Russian leader’s inner circle, in response to reports of atrocities Ukrainian officials say were committed by Russian troops. Moscow has denied any responsibility for atrocities in territories its army recently occupied in Ukraine.

The sanctions on Sberbank follow a decision last week by the U.S. to forbid U.S. banks from acting as correspondent banks to it, essentially shutting it down from U.S. dollar access. The new measures would block any U.S. citizens or entities from engaging in any transactions with the bank, the officials said.

The measures come as Secretary of State Antony Blinken prepares for two days of meetings in Brussels with his North Atlantic Treaty Organization counterparts on their coordinated response to Russia’s invasion of Ukraine.

On Tuesday, the European Commission, the EU’s executive arm, proposed broad new sanctions on Russia, European officials said, including a ban on imports of Russian coal, slashing the access of Russian road and shipping goods carriers into the bloc, targeting oligarchs and their families and blocking some machinery export. The EU also proposed sanctioning Mr. Putin’s two daughters, according to diplomats familiar with the plan.

‘Stock Is Not The Company:’ Robert Reffkin Reflects On Compass 1 Year After IPO

'Stock Is Not The Company:' Robert Reffkin Reflects On Compass 1 Year After IPO