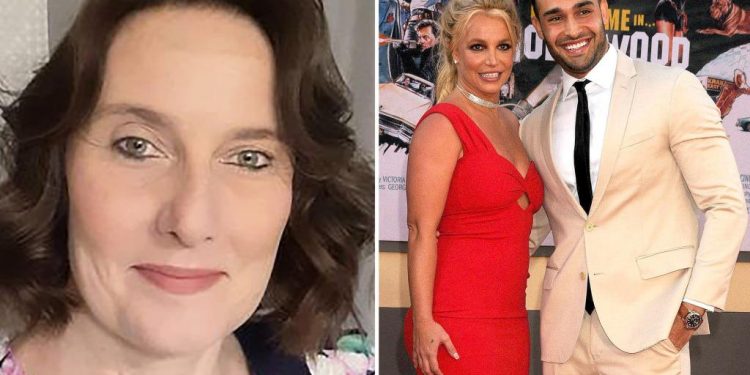 
Oops, she did it again!

No, we’re not talking about getting pregnant.

Britney Spears has shared another one of photographer Andrea McClain’s ethereal still-lifes on her Instagram.

The international pop star posted a photo of a pink teacup next to pink carnations when she announced her pregnancy on Monday.

Fans were ecstatic to hear the news — especially after Spears, 40, made the shocking revelation that she was forced to have an IUD inserted in her body as birth control during her 13-year long conservatorship, despite her desire to have more children.

But McClain was particularly excited to see her work shared by Spears, again.

The pop star has posted at least 14 of McClain’s photos to her very active Instagram account since April 2018, but the Ohio-based part-time stock photographer has no idea why or how the icon found her work.

McClain recalled the first time she realized Spears was a fan, after waking up one spring morning to see an onslaught of Instagram notifications on her phone.

“My daughter, who’s a huge fan of hers, was just like, ‘Mom, I can’t believe this. Britney Spears shared your photo on her Instagram page,’” McClain told the Washington Post. The lauded image depicts a bouquet of pink flowers with a white butterfly perched in the center.

Spears is generous with her 40.6M followers on Instagram, where she frequently drops photos, videos and story updates, often without context, for fans to obsessively decode. Speculation over Spears’ cryptic messages became a crucial aspect of the #FreeBritney movement and her battle to end her strict conservatorship — while some fanatics have persisted in analyzing her every emoji.

McClain’s rustic and romantic photos have been studied in detail by Britney’s Army throughout the years, but none have garnered as much attention as Spears’ pregnancy post.

Since the princess of pop made the exciting announcement and shared McClain’s photo, the photographer has gained nearly new 3,000 followers of her own, though Spears isn’t one of them.

This time around, McClain learned about Spears’ most recent use of her photo when she received a message on Etsy from Entertainment Tonight asking for permission to use her photo on their show.

McClain’s photos have been featured on “a few book covers and greeting cards” along with her Instagram and Etsy accounts, but she is still unsure how Spears found her photos.

McClain is just happy to see her art being appreciated. The 50-year-old photographer quit her job as a preschool teacher to care for her ailing father before he passed away. Her husband then convinced her to stay home and focus on her hobbies, including photography, before he, too, passed during the pandemic.

McClain took a break from photography as she managed her grief, but decided to look through the lens again this year.

“It was such a hard time for me, and I just didn’t feel much like being creative,” she said. But Spears’ admiration for her work has helped her to get back to it. “I’m proud to finally get back to the things that I love to do, and Britney’s post — well, it just meant the world that so many people were able to see my work,” McClain said.

From one artist to another, McClain is grateful that Spears has made sure to tag her each time she shares one of the stock photographer’s photos.

“I sent her a direct message through Instagram congratulating her on the baby, and I always thank her when she shares one of my photos,” McClain said. “But I’ve never heard back.”