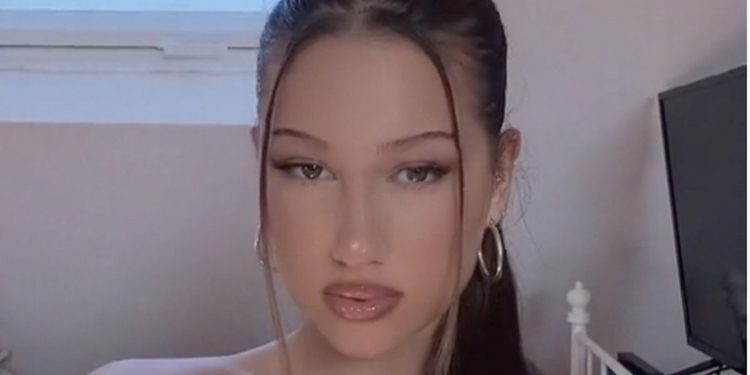 
Most of us who are old enough will remember the ‘thin eyebrows’ trend from the 90s and 00s.

Stars such as Drew Barrymore and Pamela Anderson were big fans of the trend, and you couldn’t walk down the high street without numerous skinny ‘brows staring back at you.

The over-plucked look has been traded out in recent years though for big and bushy brows.

However, it seems like thin brows are finally having their comeback.

Star such as Bella Hadid have been seen rocking the look lately.

As well as this, TikTok users have been busy trying out the trend, with a new filter available which shows you what you look like with a skinny brow.

User @sarahwalker5600 decided to give the filter a go and clearly seemed to like it as she told her followers: “Don’t try the thin eyebrow effect, it will make you wax them off.”

Since posting her video, the clip has gone viral, racking up more than 20,000 likes.

Fellow TikTok user @sxneadbailey has also gone viral with her clip of thin brows, which has racked up more than 171,000 likes.

She seemed to be in favour of them as she wrote: “Wait I kinda love them??”

However, @nataliaklm, who boasts more than 80,000 followers on the site, wasn’t such a big fan after trying them.

She told her fans: “Let’s try thin eyebrows because I love the filter.”

However, after trying them out, she simply wrote: “Ew.”

People are having mixed feelings about bring back the trend, with some in favour, while others fully against it.

One person wrote: “I kinda hope gen z brings back this trend… so my permanently damaged brows are on trend again.”

While another asked: “Am I the only one that thinks thinner eyebrows are better!!?!!”

Expert Fides Baldesberger, CEO of Rubis tweezers has had her say on the trend, as she warned people that once they go thin, they can’t easily go back.

Talking to Metro, she said: “It’s extremely difficult to go back and forth between thin and thick brows.

“This is because brows, unlike the hairs on our head, grow very slowly, with the entire brow growth cycle taking 3-4 months with no guarantee that they’ll grow back full or in the same way.

“Even with the help of growth serums and dietary supplements it can be very difficult to repair the damage caused by over-plucking and the only option would be a costly and painful eyebrow transplant.”