The truth about Hunter Biden and the charges he faces 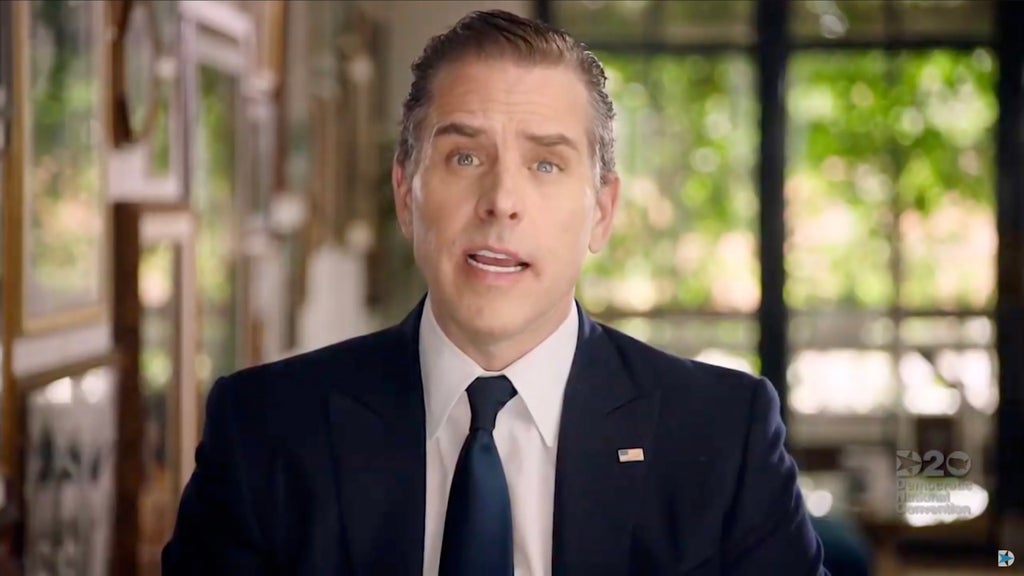 If you’ve been following Republicans’ investigative plans if they gain control of either chamber of Congress next year, you probably haven’t heard much about proposals to address inflation or calm economic upheaval caused by Russia’s unprovoked invasion of Ukraine.

Instead, prominent GOP members of the House and Senate are still fixated on President Joe Biden’s youngest and only surviving son, Hunter Biden, and plan to haul him before any number of congressional committees if they’re in control starting in 2023.

Much of what the younger Mr Biden is accused of is frequently described in the most shrill terms by Republican partisans.

Here’s a brief explainer on who he is, what Republican have accused of, and what about the accusations may be real.

Who is Hunter Biden and why are some Republicans obsessed with him?

Hunter, born Robert Hunter Biden in 1970, is the youngest son of Joe Biden and his first wife, the late Neilia Hunter Biden.

A Yale-educated attorney and lobbyist, Mr Biden served in the US Commerce Department during Bill Clinton’s presidency, and was appointed to the board of Amtrak (the US passenger rail company) by President George W Bush.

Though Mr Biden wound down his lobbying work around 2009, when his father was sworn in as vice president under Barack Obama, other professional pursuits have ensnared him in a succession of Republican conspiracy theories, including one which led directly to the first of former president Donald Trump’s two impeachment proceedings.

In 2014, Mr Biden, who was then working at the law firm of Boise, Schiller, Flexner, joined the board of Ukrainian gas company Burisma Holdings for a five-year term.

While he was not known as someone with extensive experience in the energy industry, he had previous corporate board experience and it’s not unusual for companies to hire board members who lack specific industry experience.

A press release on the company’s website said he was being brought on to help the company with “transparency, corporate governance and responsibility, international expansion”, along with other matters. Burisma also retained Boise Schiller Flexner as its US law firm.

According to Reuters, Mr Biden was regarded as “helpful non-executive director with a powerful name” and “provided advice on legal issues, corporate finance and strategy” during his term, which ended in 2019.

At the same time, Hunter Biden was serving on Burisma’s board, the Obama administration was pushing Ukraine’s government, led by then-president Petro Poroshenko, to remove his top prosecutor, Viktor Shokin, from office.

As vice president, Joe Biden had been given the task of managing US-Ukraine relations as part of his extensive portfolio, and at the direction of President Obama and with the backing of the EU and other US allies, told Mr Poroshenko that Mr Shokin would have to be sacked if Ukraine was to benefit from $1bn in IMF loan guarantees.

He recounted his 2016 discussion with Mr Poroshenko during a 2018 event sponsored by the Council of Foreign Relations.

“I had gotten a commitment from [Poroshenko] and from [then-Prime Minister Arseniy] Yatsenyuk that they would take action against[Shokin]and they didn’t … They were walking out to a press conference. I said, nah — we’re not going to give you the billion dollars. They said, ‘You have no authority. You’re not the president.’ … I said, call him. I said, I’m telling you, you’re not getting the billion dollars … I looked at them and said, ‘I’m leaving in six hours. If the prosecutor is not fired, you’re not getting the money.’ Well, son of a b****. He got fired. And they put in place someone who was solid at the time,” Joe Biden said.

Joe Biden was expressing the united opinion of Western governments when he pushed for Mr Shokin’s ouster, but that fact didn’t stop the idea that he did so to somehow benefit his son’s employer from finding its’ way into the right-wing conspiracy ecosystem.

Mr Giuliani, who had Mr Trump’s ear, pushed him to press Ukrainian leadership to announce investigations into Joe and Hunter Biden in order to damage his candidacy.

At the time, Mr Trump — who was withholding roughly $400m in aid to Mr Zelensky’s government — told the Ukrainian leader: “There’s a lot of talk about Biden’s son, that Biden stopped the prosecution and a lot of people want to find out about that so whatever you can do with the Attorney General would be great. Biden went around bragging that he stopped the prosecution so if you can look into it… It sounds horrible to me”.

The allegations levelled against the Bidens by Mr Giuliani were largely dismissed by the legitimate press and most of Congress, but some of Mr Trump’s most vocal boosters, such as then-Senate Homeland Security Committee Chairman Ron Johnson, continued to probe Hunter Biden’s affairs in an effort to damage the elder Mr Biden’s candidacy.

What is the ‘laptop from hell’ and what does it have to do with the Justice Department probe into Hunter Biden?

In 2019, an Apple laptop was left for repair at a Delaware computer shop and was not picked up afterwards. The shop’s owner, a supporter of Mr Trump, examined the laptop’s hard drive and would later turn copies over to Mr Giuliani and the US Justice Department.

A copy of the drive made its way to the New York Postwhich published a story about a single email from the computer in October 2020, when the elder Mr Biden was widely seen as leading Mr Trump in presidential election polling.

At the time, most legitimate news organisations dismissed the story, which alleged that Hunter Biden once arranged for his father to meet a Burisma executive, in part because the drive was linked to Mr Giuliani, who was widely seen as unreliable because of his penchant for making false statements in defence of Mr Trump, and because Mr Giuliani was known to associate with Ukrainian political figures who were regarded as Russian agents.

Even other news organisations owned by Post owner Rupert Murdoch passed on the story because the authenticity of the emails could not be verified.

More than a year later, The Washington Post reported that it had independently verified some of the emails from the drive, but none of the emails in and of themselves indicate any illicit behaviour by either Hunter or Joe Biden.

The Justice Department, however, is investigating whether Hunter Biden broke tax laws by failing to pay taxes on income from some of his foreign business dealings.

Republicans have seized on the allegations to claim that President Biden is somehow “compromised” by his son’s business dealings, though nothing has emerged to connect any of the president’s official actions with anything having to do with his son.

Hunter Biden has not been charged with any crimes and has denied doing anything illegal, and his father is not under investigation by anyone at this time.

In a statement issued in late 2020 after being notified about the investigation, Hunter Biden said he took the matter “very serious” and was “confident that a professional and objective review of these matters” would “demonstrate that [he] handled [his] affairs legally and appropriately, including with the benefit of professional tax advisors”.

The election campaign is silent on the biggest issues