The Unexpected Hobby That Helped Me Face My Body Dysmorphia

During my freshman and sophomore years of college, I lost an unhealthy amount of weight in an attempt to combat the body image issues I had suffered since middle school. I even had to buy a new wardrobe three different times.

Unfortunately, my body image issues did not vanish along with the pounds, and my quality of life continued to suffer. It turned out that my weight was not really the problem; it was how my mind perceived my body.

The effects of being uncomfortable in my own skin made all social interactions unpleasant. I walked self-consciously. I fretted over any article of clothing that did not fit well, and I feared what people would think about how much or how little I ate when I dined out. I sometimes even fantasized about cutting off parts of my body that I found too distasteful ― knowing the thoughts were not rational, but unable to make them go away.

My enemies were many, like scales and social situations, but nothing was more fearsome than the mirror, which forced me to examine my body in full detail. Even on the rare occasions I felt comfortable with myself, the mirror had the power to ruin my day if I caught myself at a bad angle.

At the end of college, my psychiatrist diagnosed me with body dysmorphic disorder, in which a person becomes obsessed with finding flaws in their appearance that may not even exist. Recently, the DSM-V has classified body dysmorphia as being within the obsessive-compulsive spectrum of psychological issues.

It turned out that my weight was not really the problem; it was how my mind perceived my body.

Body dysmorphic disorder was an uncomfortable diagnosis for me because it was not one I associated with men. In fact, I didn’t know of any other man who suffered from it. I was normally comfortable speaking about mental health issues, but this one made me feel shame, especially since I had lost weight; it seemed selfish to complain since I didn’t “look” like someone who should be struggling. Who was I to moan about my body image when I now had a thinner frame? This added guilt to my already-troubled mindset about my physicality.

Even putting dysmorphia aside, I could not recall a single man in grade school or college discussing body image issues. Locker rooms were filled with crass jokes, hangouts after school involved video games, and study groups involved complaints about work, but there was no setting where men discussed issues they had with their own bodies. The idea of speaking about it with other men my age seemed like risking embarrassment; the idea of speaking about it with women seemed like risking emasculation.

Not until I was in grad school did I learn that nearly as many men as women have body dysmorphia (and the number may be rising for both genders), a fact that made my worries about making a fool of myself seem unrealistic. These studies also found that men are too often socialized not to discuss such issues, and thus men who do end up with dysmorphia do not speak out about it, creating a cycle.

That all changed when I was 26 and my therapist — seeing how frustrated I was becoming with my lack of progress with my body image despite losing the weight and keeping it off — urged me to take private, noncompetitive lessons. She had started seeing me just when I began losing weight and had witnessed my ups and downs with my body image. By this point, and after seeing far too many downs, she knew my dysmorphia required a different approach.

Perhaps, she suggested, instead of working on changing my body so it conformed to what I wanted it to be, I should try to become better in tune with it. I agreed, at that point eager to try anything that would keep destructive thoughts at bay.

I was always interested in dance, and very much enjoyed dance music, but my body image issues prevented me from even considering taking a class. However, once I lost weight and found my issues remained, it became clear that there would never be a “right” time for me to learn how to dance. So when she recommended it, it seemed like it was worth a shot.

‘What if I look absurd?’ was a daily question for me. To my surprise, dance forced me to tackle this very question.

My dysmorphia issues cropped up in full force the day of my first dance lesson, back in the early autumn of 2015, when I was in my second year of grad school. It took me a while to decide what to wear. Gym pants, I guessed. That seemed right. Had to be able to move around. But was that too casual? They expected me to be causal, surely. But what if they didn’t? And what about a shirt? I settled on a plain blue t-shirt and donned it along with black gym pants that, from a distance, could almost pass as dress pants. I hoped none of them would fit oddly when I danced. This worry about my outfit was ridiculous, yet it almost prevented me from going. What if I look absurd? was a daily question for me.

To my surprise, dance forced me to tackle this very question. There is no way to learn dance without looking absurd at some point. This was especially true for me. In the beginning, I was terrible, dancing about as well as Frankenstein. I’d use the wrong foot, relearn the steps and use the wrong foot again. Ironically, and to my shock, my negative attitude toward my appearance helped a bit; I always expected to be awkward, so now that it was happening, well, isn’t that how I always was anyway? Nothing new.

A few lessons in and the dancing still came as unusual to me, but the rhythm to it forced me to move in ways I never had in the past. I relished the challenge even as the teacher must’ve wondered about my comprehension skills.

Before long, I moved up a level, dancing with the assistant instructor, melding together multiple moves. In the dance studio, thoughts of having an ugly body dissipated. I didn’t worry about my clothes, my skin, my weight, my flab, my stretch marks, nothing. I stayed concentrated on the dance, trying to get it down, my movements slowly but surely becoming fluid. Never had I been in a circumstance where I needed to be in sync with every inch of my body. The dancing could prove frustrating, sure, but it put me in a zone where I had no choice but to become comfortable as I moved around the room simply because I couldn’t afford to expend energy on my usual paranoia and self-judgment.

The most important aspect of dance turned out to be the dance room itself: mirrors lined one of the walls, and I could not escape their reflection. During my first session, I stared harshly into them, thinking I appeared pale and awkward, my stance so rigid. This began to change as I fell more in love with dance.

Until all men can start to have these conversations about body image, our anxieties and mental health issues, men like me will continue to suffer in silence.

Despite being my lifelong enemy, the mirrors ended up becoming my friend, at least in the dance studio. I didn’t feel disgust when I saw myself in them; I was too busy concentrating on my dance steps, watching my legs move, my feet tap. For the first time, I wasn’t looking in a mirror hoping my body would change and wondering if I could take a sander to parts of it; I was looking in a mirror figuring out how to make the body I have work.

Now, at 30, I have no problem speaking out about body dysmorphia. It’s a diagnosis that has increased, and seems to be increasing, for men. I was lucky to find a salve for it — one that doesn’t always work, but one that has helped me become a better version of myself. I came to this solution thanks to therapy, a much-needed assist for anyone suffering from dysmorphia.

However, until all men can start to have these conversations about body image, our anxieties and mental health issues, men like me will continue to suffer in silence, many not realizing they can seek out help and that they’re not alone.

I share my story not just in the hopes it might be a solution for some, but in the hopes that other men will put aside masculine anxiety and begin to feel comfortable enough to share their own body image pain. In the end, speaking plainly about my issues has been as relieving as the dance itself.

If you’re struggling with an eating disorder, call the National Eating Disorder Association hotline at 1-800-931-2237. 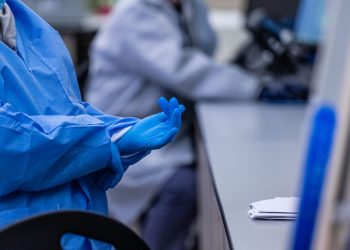 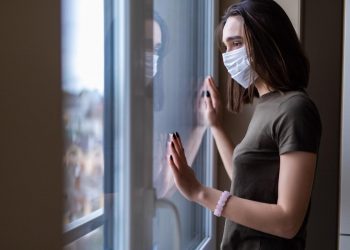 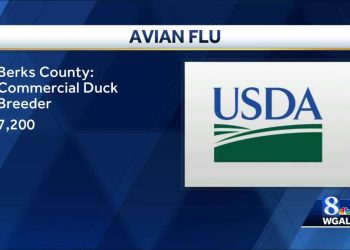 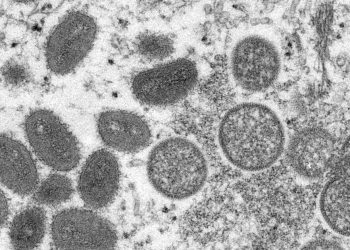