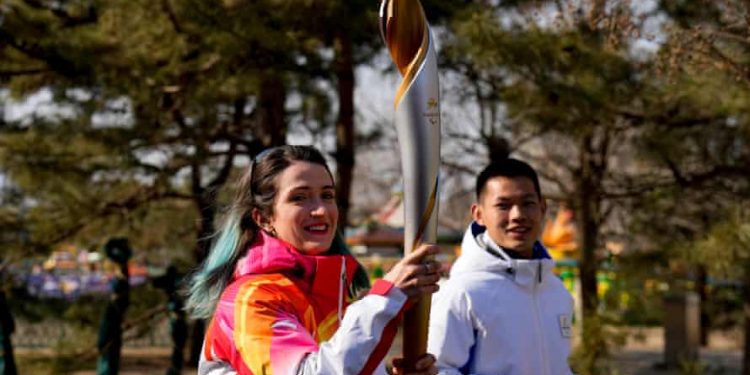 
I was taught to ski by a guy called Bill Bowness. He has sadly passed away now, but he was an American Paralympian with this big beard and a proper chilled vibe. He took me up a slope at Lake Tahoe once in one of the early sit skis and I remember it to this day: a fibreglass bucket seat bolted to a frame on top of a ski. Even balancing on one of these things was hard enough. I was horror-struck, but there was Bill teaching me, cool as you like, and he was literally skiing down the mountain backwards as he did it.

Skiing is one of the most liberating sensations you can feel and that’s especially true for people with disabilities. You’re thinking if I do something wrong here then I’m toppling down a mountain at 50mph, but if I get down safely then I’ve played with death (or broken bones) and I’ve won the game.

As humans we like to feel like we’re in control and if you feel like you’re in control of danger, that’s really exhilarating. I almost feel like a psychopath talking about it in those terms, but that’s what I think of when the Winter Paralympics come around.

Sometimes I like to say that watching the Winter Paralympics is akin to some sort of futuristic Marvel movie. I know it sounds a little cliched, but you’ve got these athletes with limbs missing, spinal cord injuries, visual impairments, cerebral palsy and all sorts of levels of disability and they’re managing to conquer the toughest terrain we can face. Mountains. Snow. Ice. How many non-disabled people have gone on holiday, stood at the top of a black run and thought: ‘I’ve bitten off more than I can chew here?’ These athletes we’re talking about, they’re doing it with disabilities, at an elite level, and making it easy.

For those who haven’t watched alpine para-sports before, you might not know quite how bonkers it is. These guys literally ski on blue ice. The sit skiers come down at ridiculous speeds and it’s as if they’re controlling a Formula One car down the side of a mountain, only without an engine.

Then there are the visually impaired athletes, who just blow me away. Some of these skiers have 5% vision or less, but they come down the mountain and they ski with their ears. They’ll have a guide in front of them and he or she will be giving directions over Bluetooth, telling them where the bumps are, telling them when to turn. The athletes have to trust in the voice of their guide and totally rely on their own skill. On top of all that, because of the athletes’ impairment, all the spectators have to be silent for the length of the race. You’re watching this pairing coming down the mountain and the only sound you have is the commands of the guide. It’s jaw-droppingly spectacular.

That’s just some of the sporting experiences we have to look forward to when the games begin on Friday. I’m particularly excited because I will be part of a Channel 4 team that will be making history. Every one of us that will be appearing on screen from Beijing has a disability and that is a first. It’s something I’ve strived for in my career and probably wouldn’t have believed would happen. I’d like to commend Channel 4 because it could have paid lip service to giving greater representation for disability, or kicked it into the future. But its legacy since it took over the rights for the Paralympics has been to show the world what can be done and what should be done for people with disability in broadcasting.

The fact we will be in Beijing is another question, a difficult one, and one that people want to avoid answering. I have an opinion on it though and partly it is that the Paralympics are too important not to go to places like China. Where there are human rights issues and problems, we know that people with disability will be suffering. They will be struggling. The Paralympics is the chance to open doors, to give those people some sort of inspiration to change their lives. It’s that powerful.

I’m not delusional. I don’t think the Paralympics are the answer to everything but we live in a world that is vastly unequal and one of the biggest determining factors of social mobility is luck. And the luck that disabled people in China have is that in the past 15 years they have had the Paralympics in their country twice. This is two major opportunities for people with disability in China to get a profile, to have a platform and a voice. Even if it is just seeing athletes succeeding, it shows what disabled people can be.

Ade Adepitan leads coverage of the Winter Paralympics on Channel 4. Catch up on events on All 4.