The Woodward hotel opens in Geneva with loads of luxury perks 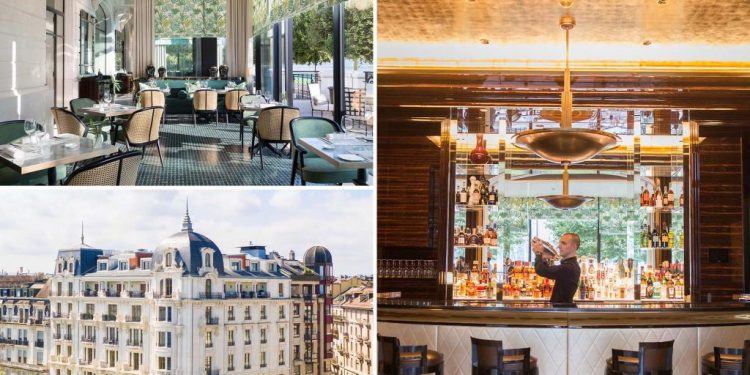 
It’s about time that the city know for Patek Philippe, Rolex and Omega got a hotel worth synchronizing with.

Opened in October, moments before the Omicron variant set European travel back yet again, the Woodward is the swishest new hotel in a city that’s synonymous with luxury.

To start, the five-star stay is a member of the tony Oekter Collection, which includes other superrich escapes such as Jumby Bay in Antigua, Le Bristol in Paris and Eden Roc in St. Barts, to name a few.

With pedigree like that it should be obvious that you won’t be staying in a standard room — you literally have no choice but to splurge.

For instance, the sprawling Presidential Suite is tricked out with original artworks, marquetry, custom rugs (careful with the red wine for God’s sake), lacquered wood cabinets, White Carrara marble and more square meters than you can shake your cigar at.

But the rub here is that those ridiculously costly materials are in all of the rooms — and most have stunning views of Lake Geneva and Mont Blanc in the distance.

The hotel — situated next to the original League of Nations, just a 10 minute walk from the city’s bustling old town chocolate shops — was originally built in 1901 by French architect François Durel, in post-Haussmann style. It later served as the most Swiss of institutions: a private bank.

Now, the building has been restored to its former glory by architect Pierre-Yves Rochon. But a massive list of less-well-known artisan experts have touched every surface in the hotel’s interior, giving it a “I can’t believe a hotel spent money on this” feel.

Every good hotel has a good spa, but the Woodward has another ace up its sleeve. They’ve partnered with luxury French makeup and fragrance brand Guerlain. The two-floor spa space is the brands first home in Switzerland.

The collabs don’t stop there either. The hotel has not one but two restaurants from the late Michelin-master Joël Robuchon, the famed L’Atelier and plant-focused La Jardinier.

Both fine-dining establishments are Swiss firsts.

The hotel has other perks include a tearoom, two bars, as well as a members-only cigar lounge, which occupies the former bank vault.

Geneva is known for watches, chocolate, snooty shopping and to the literati “Frankenstein” (Mary Shelly wrote it here after all). Now, it can add “hotels you never want to leave” to the list.