‘There was a lot of torment’: the family who endured two true crime stories – The Guardian 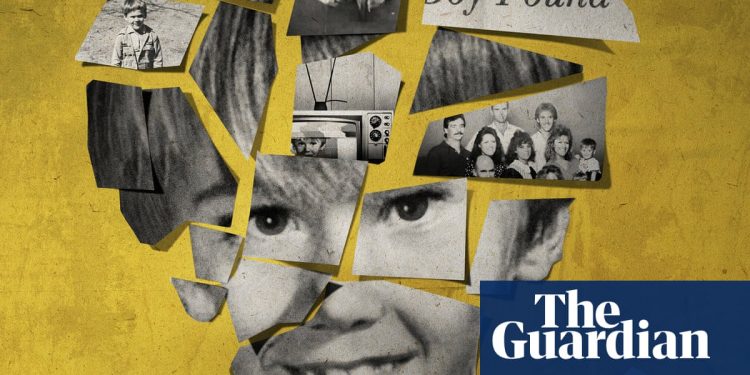 Ashley Stayner is a self-professed true crime fan. She also happens to have a front row seat to two true crime narratives in her own family.

Her father is abduction-victim-turned-hero Steven Stayner, the subject of the two-part television movie, I Know My First Name Is Steven, which aired in 1989. Her uncle is Carey Stayner, the serial killer currently sitting on death row for “the Yosemite murders”, which have been covered on numerous true crime programs like American Justice, FBI: Criminal Pursuit, How It Really Happened and more.

“I grew up learning everything about my dad and his whole story through the media,” Ashley Stayner tells the Guardian. Her affection for true crime persists despite the exhaustive and invasive attention poured on to her family’s trauma. “It’s just interesting to know how the human mind works and how environment can turn somebody into what they are,” says Stayner, describing the genre’s appeal. “I think true crime shows that different side of what people can be.”

Stayner, 36, has been speaking to the media from her home in Atwater, California, while gearing up for her own true crime debut in Captive Audience: A Real American Horror Story. The layered and self-aware three-part limited series, directed by Jessica Dimmock and executive-produced by the Russo Brothers, returns to Stayner’s family’s stories while deconstructing how they have been told and processed; how authorship, artistic license and true crime tropes would play into the TV movie, and the how the news media would package Carey Stayner’s horrifying deeds in direct contrast to his younger brother’s earlier victimization and heroism.

Steven Stayner was seven years old when he was abducted in 1972. He was held captive in a remote cabin and sexually abused for seven years. In 1980, Stayner’s abductor, Kenneth Parnell, kidnapped a second child: five-year-old Timmy White. Refusing to let White suffer as he had, 14-year-old Stayner escaped with young White. He was lauded for his brave actions, reunited with his family and became a longtime media obsession while coping with trauma he could barely speak to. He tragically died almost a decade later in a hit-and-run.

Ashley Stayner, who was a pre-schooler at the time of her father’s death, has only faint memories of him. Stayner explains that she spent most of her childhood unfamiliar with his story, because her family avoided discussing it. “It wasn’t until I was in seventh grade that I really started understanding the complexity of everything,” says Stayner, referring to the period in 1999 when her uncle Carey Stayner murdered four women in Yosemite national park. His heinous crimes dragged her family’s story back into the public consciousness.

Captive Audience will naturally do the same.

“Here’s a story that’s been told,” says Dimmock, acknowledging where her series stands in a long line of media that covered the Stayner family’s ordeals. “I just added to the pile.”

But her take is the first to have family members involved, including Steven and Carey’s mother Kay Stayner. The latter provides visceral and devastating details from the years her younger son disappeared, recalling for instance how she would never leave the house unattended just in case Steven would call home, or how her husband Delbert would search soil that appeared freshly dug up or pursue any strange-looking vehicles that he caught sight of on the highway, desperately hoping to find his son.

“I’m always really drawn to things that are as close to the skin as possible,” says Dimmock. “I knew that I wanted to honor that this happened to a real family and that there was a lot of torment outside of the media attention.”

While capturing these intimate testimonies, Dimmock also calls attention to herself and the storytelling apparatus built to record, edit and frame the people in Captive Audience. She includes the bits that are generally left on the cutting room floor, like Kay Stayner searching for a comfortable position beneath studio lighting as she emotionally prepares for a long and probing conversation with Dimmock, or her relaxing post-interview sigh, as if she can let her guard down. These are Dimmock’s reminders that she too is playing a role in packaging the Stayner’s narrative. And she invites questions about how that story has been shaped before.

Captive Audience’s primary resources includes taped conversations between I Know My First Name Is Steven’s screenwriter JP Miller and network executives. Excerpts from those conversations are a telling peek behind the true crime curtain, explaining the elisions, rearrangements, cliffhangers, massaged facts and outright fictions the storytellers introduce into the narrative for the sake of the audience’s attention spans.

In her series, Dimmock begs to consider the Stayner family as part of the audience, the most captive ones, which adds another layer to the show’s engagement with true crime as a genre. Rarely do we get to see the aftermath, how a family copes and struggles to readjust following a traumatic event that seized national media attention, and how they too absorb those on-screen depictions and narratives. In the series, Ashley Stayner admits that she would conflate her father with Corin Nemec, the actor who plays him in I Know My First Name Is Steven. “That’s the way your dad has been presented to you,” Dimmock says, speaking directly to Stayner. “I found those elements interesting.”

The family also had to absorb the media’s especially loaded narratives following Carey Stayner’s crimes. Journalists eagerly ran with a theory that Carey Stayner committed murder and wanted to be caught because he was both jealous of the attention Steven got decades earlier and hurt by his parent’s neglect.

Dimmock explains her sensitivity to the shifting sympathies, responding particularly to the ways that narrative cast Kay Stayner in a way different light, from the mother of a young hero to the woman who raised a perpetrator.

“I have never really thought about what happens to the families of a perpetrator,” says Dimmock. “What do they experience? What do they go through? And honestly, I never really wanted to talk about that before, because why would I want to know that? But in this situation, I do care, because I know that they’ve been through something really hard. Don’t they deserve our sympathies?”

Dimmock handles Kay Stayner’s story with a level of care that’s not typically afforded the subjects in true crime, a genre that can often be exploitative. A section in Captive Audience very briefly suggests a history of mental illness and sexual abuse within the Stayner family without delving any further. In the aftermath of Carey Stayner’s crimes, details emerged regarding his mental illness, the alleged abuse he suffered at the hands of an uncle and that his father allegedly molested his daughters.

“I didn’t feel this was an opportunity to relitigate anything,” says Dimmock, explaining her decision to leave out the seemingly pertinent sexual abuse revelations, denying the audience the details they would typically expect in true crime.

“I had the opportunity to sit down with the Stayners and hear their perspective. There’s a moment when I asked Kay Stayner if she wants to talk about Carey, and she says no. I didn’t have to include that. I wanted the audience to be aware of a boundary.