‘There’s no talk about immediate relief for tax year 2021’: Don’t count on the IRS tax code catching up with high inflation 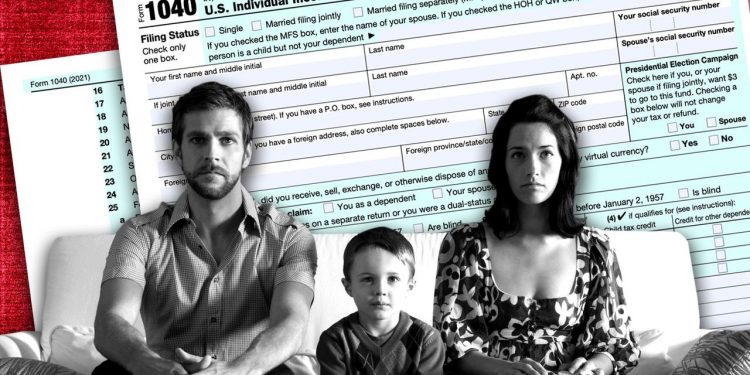 On Thursday morning, Consumer Price Index data from the Labor Department showed a 0.6% increase month over month on the January prices people paid for everyday goods. That’s a 7.5% increase year over year, topping Wall Street expectations. This pace of inflation hasn’t been seen in four decades.

When you shine price inflation’s white-hot glare on the tax code, experts say you’ll find a thicket of rules and write-offs that often factor in rising household costs, but sometimes do not.

And even when the tax code is indexing for inflation, they note the yearly adjustments are built on backward-looking data that isn’t going to fully address the creeping costs people are paying now.

“The tax brackets and standard deduction amounts that people are applying now were announced in October 2020 — and they were informed by inflation data that stretched back even farther.”

The income-tax filing season started Jan. 24 and runs through April 18. Yet the tax brackets and standard deduction amounts that people are applying now were announced in October 2020 — and they were informed by inflation data that stretched back even farther. (The IRS announced its adjustments for tax year 2022 in November, when inflation was at a 6.8% year-over-year growth rate.)

After the Trump administration’s 2017 tax code overhaul, the IRS uses a different inflation gauge instead of the CPI when it adjusts tax provisions. That Bureau of Labor Statistics metric, the so-called “chained CPI,” historically tends to increase at a slower pace, but some observers question if it will still rise slower in today’s economy.

The tax code “does many things well and some not well at all,” when it comes to factoring for inflation, said Harlan Levinson, a Beverly Hills, Calif.-based accountant. Important features are updated yearly. But some provisions “are just stuck,” he said.

One example: The business gift deduction that taxpayers, from a self-employed gig workers to corporations, can use as a potential expense has stayed at $25 since lawmakers allowed the deduction in 1962, he noted.

Another example: Once applying their capital gains, a person can write off another $3,000 for their capital loses. It’s stayed at that number since 1978, said Alex Muresianu, federal policy analyst at the Tax Foundation.

A homeowner can exclude up to $250,000 in capital gains when they sell their house. It’s $500,000 for a married couple filing jointly. It’s been that way since lawmakers created the exclusion in 1997. Meanwhile, the housing market has been skyrocketing — and that’s just during the pandemic.

Another provision in need of an update? The child tax credit, which partially accounts for inflation, Muresianu noted. The enhanced, fully refundable version of the credit applying this tax season pays a total $3,000 per child between age 6 and 17, and $3,600 for kids under age 6.

But assuming lawmakers can’t strike a deal on an extension, the credit reverts to its prior $2,000 maximum payout and partial refundability. The refundable portion, up to $1,400, is indexed for inflation, but the maximum payout is not.

At the top end, the 3.8% net investment income tax is geared at the investment gains of high-end households. It applies for individuals making at least $200,000 and married couples filing jointly with a $250,000 income threshold. These thresholds have gone untouched since they took effect 10 years ago.

Muresianu says the individual tax code is just “OK” at handling inflation. Corporate taxes have their own issues when it comes to inflation, he notes. “There’s certainly places for improvement.”

The Federal Reserve expects inflation to decline this year, but that’s not before consumers go through more pricing pain.

This makes the tax code’s blind spots on inflation more apparent, said James Mackie, co-director of EY’s US National Tax Quantitative Economics and Statistics Group. “In low inflation rates, none of this matters very much,” he said. But it’s a different story when rates are at 40-year highs.

That dates back to the times when Ronald Reagan was president, and he plays a role in the way income taxes try to avoid “bracket creep” from price inflation.

Reagan signed the Economic Recovery Tax Act in 1981, attempting to leave behind high 1970s inflation. After the wage-price spiral pushed incomes into higher tax brackets — even though people didn’t have the purchasing power to show for it — the law authorized yearly inflation adjustments to the brackets. Adjustments started in 1985.

Compared to the 1970s and the early part of the 1980, Mackie said the tax system does much better now, but there’s room to go. Currently, the tax code “does an uneven job,” he said. The result is an array of provisions that do not accurately tax a person’s real income and spending power, he said.

Any tax tweaks to better account for inflation in all likelihood have to come through new laws, observers said.

Democratic lawmakers poked and prodded at various tax proposals and hikes on well-heeled households when they tried to get the Biden administration’s Build Back Better agenda off the ground last year. Biden is still aiming to carve up the agenda into smaller bills that may have a better chance getting through Congress.

“There’s no talk about immediate relief for tax year 2021,” he said. “What could come about would apply for tax year 2022, so it’s something that wouldn’t need to be addressed until later in the year or early 2023.”

But the economic climate might be different that far in the future, taking the heat off politicians to do more. “By then, who knows, maybe inflation will have tempered,” he said.