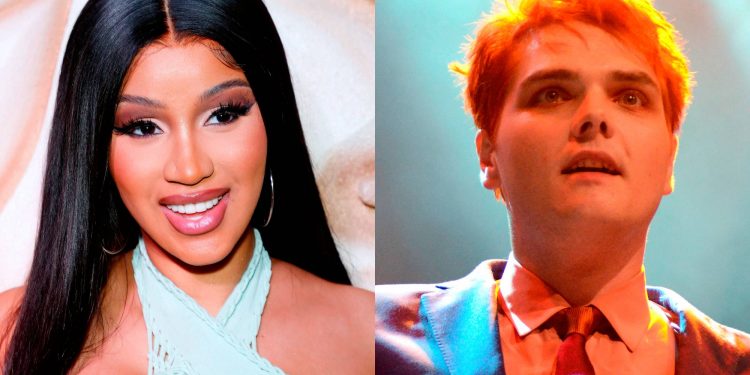 
Cardi B has shared an unlikely love for My Chemical Romance, saying that people “don’t make music like this anymore”.

Taking to social media yesterday (March 15), Cardi shared a tweet linking to the official video for the rock band’s 2004 hit single ‘I’m Not Okay (I Promise)’.

“They don’t make music like this anymore,” Cardi wrote in the caption of the post, which had one fan asking: “Cardi are you about to be in your emo era?”

After being alerted to the tweet, My Chemical Romance responded, saying: “Grazie mille Cardi!”

My Chemical Romance are set to begin their long-awaited and much-delayed reunion tour this year.

The returning group will kick off their reunion tour in the UK and Ireland, with a date at the Eden Project in May followed by gigs in Milton Keynes, Dublin, Warrington, Cardiff and Scotland. The tour will then move onto Europe, before visiting New Zealand and Australia in 2023.

Last week, the group added more North American dates to their upcoming 2022 reunion tour, and announced the huge list of support acts for the run, including The Lemon Twigs, Thursday, Turnstile, Waterparks and more.

The band had previously confirmed more than 25 dates to take place in the States and Canada this summer and autumn, including festival headline sets at Riot Fest, When We Were Young and more.

MCR were due to perform in Russia and Ukraine as part of the European leg of the tour, but cancelled those shows earlier this month (March 7) due to the ongoing conflict in the area. “With deep regret, My Chemical Romance is cancelling our Ukraine and Russia shows in June 2022,” they wrote on Instagram. “We hope to be able to play for the fans there soon.”

On the Frontlines: KW Worldwide Agents Come Together for Ukraine