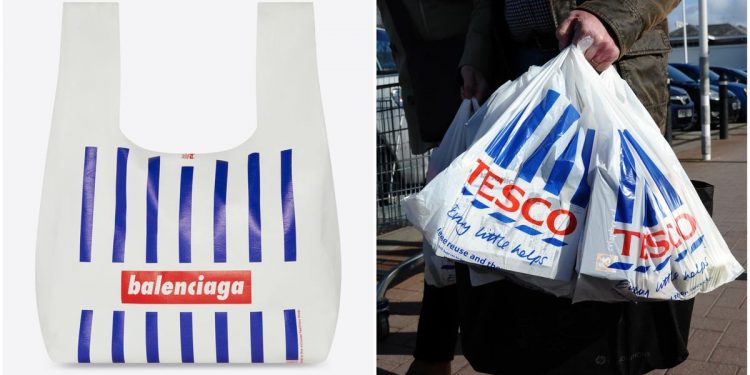 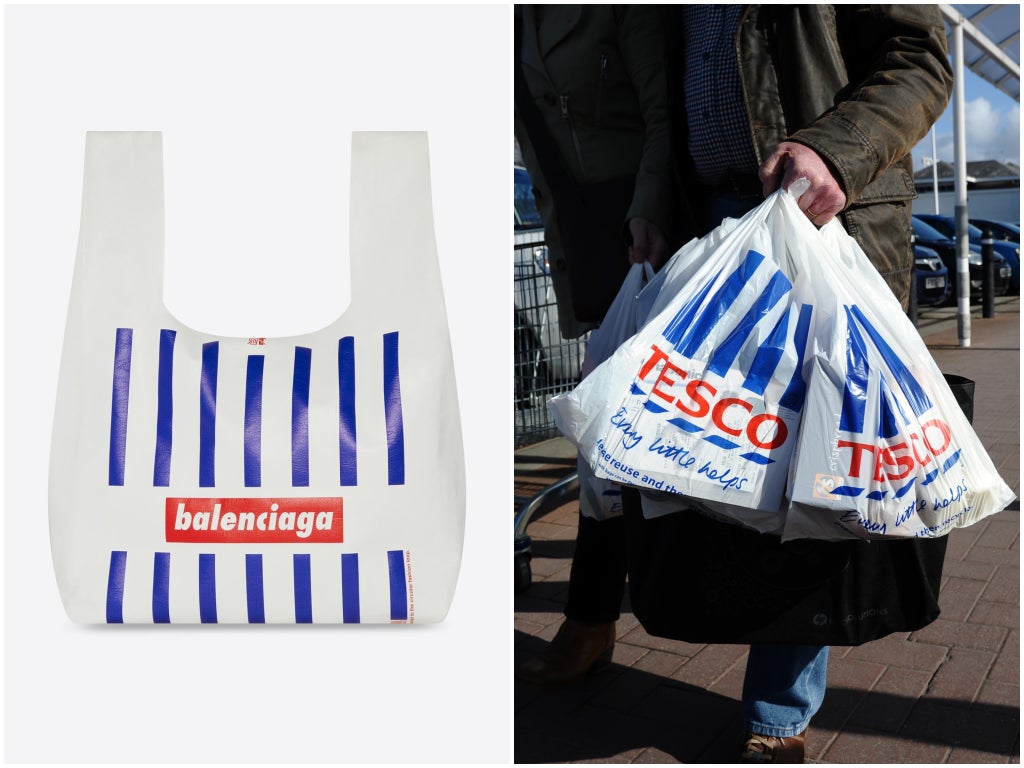 Supermarket chic appears to be the order of the day, as Balenciaga’s new shopper bag bears a striking similarity to the old Tesco carrier bags of yore.

The brand’s Monday Shopper Bag, from its Spring 2022 Clones Collection, is a white calfskin bag that features vertical blue stripes and the Balenciaga name in a red label.

The look is reminiscent of plastic carrier bags that Tesco used to give to customers in the 1980s.

The supermarket has since changed the design of its carrier bags, but encourages customers to choose its more sustainable bags for life.

While Tesco still sells its carrier bags, which are now made from recycled plastic waste, in its stores for 20p per bag, Balenciaga’s version will set shoppers back by £925.

The luxury fashion house, a favourite among celebrities including Rihanna and Kim Kardashian, described the bag as a “modern interpretation of archetypal bag” on its website.

Balenciaga has previously released a tote bag that was mocked for appearing to be a high-end copy of Ikea’s iconic blue bag in 2017.

The designer version was described as having “blue, wrinkled, glazed leather” and feature two short handles and two long ones, in the exact same fashion as Ikea’s Frakta bags, and were priced at £1,600.

In contrast, the Swedish furniture design company’s bags are 100 per pent polypropylene and cost just 75p.

Its advice included shaking the bag, because “if it rustles, it’s the real deal” and checking the price tag to ensure it cost under a dollar.