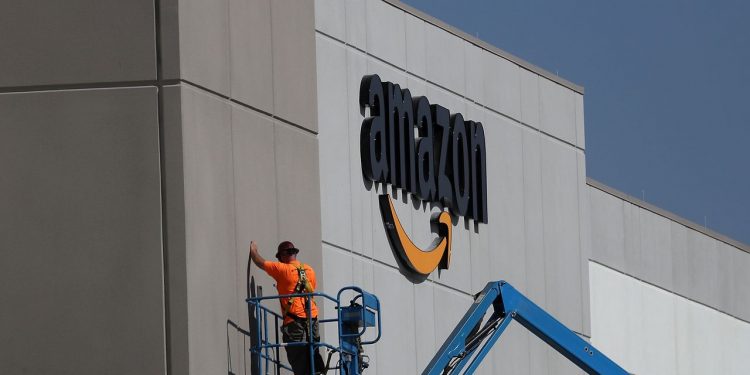 
The chief executives of S&P 500 companies raked in an average of $18.3 million in total compensation last year, making 324 times more than their company’s median-paid workers while enjoying pay increases that well outpaced inflation, according to a new report from America’s largest labor union federation.

The American Federation of Labor and Congress of Industrial Organizations (AFL-CIO), which represents 12.5 million workers, used the report to spotlight the yawning gap between those occupying America’s C-suites and the rank-and-file employees working in the warehouses, stores, restaurants and factories that keep the economy humming — a gap that’s likely been made worse by runaway inflation. In fact, the value of the federal minimum wage is at its lowest point since 1956, according to the left-leaning Economic Policy Institute.

Though some executives said worker wages were partly to blame for rising prices, workers’ real wages fell 2.4% last year after adjusting for inflation, the AFL-CIO report noted. CEO pay, meanwhile, grew by 18.2% in 2021.

“So to put a fine point on this, during the pandemic, the ratio between CEO and worker pay jumped 23%,” Redmond added. “Instead of investing in their workforces by raising wages and keeping the prices of their goods and services in check, their solution is to reap record profits from rising prices and cause a recession that will put working people out of our jobs.”

As MarketWatch previously reported, Jassy’s total 2021 compensation included a base salary of $175,000, in addition to $200 million-plus in stock awards. Those stock awards, which will represent much of his compensation in the coming years, are scheduled to vest over the next decade.

“The way the SEC rules work we are required to report that grant as total compensation for 2021, when in reality it will vest over the next 10 years,” an Amazon spokesperson said in a statement. “What this equates to from an annual compensation perspective is competitive with that of CEOs at other large companies and was approved by the Amazon Board of Directors. As noted in the proxy, this award is intended to represent most of Andy’s compensation for the coming years.”

Amazon jobs have an average starting salary of more than $18 an hour, the spokesperson said.

Peter Kern, the CEO of Expedia Group, was the highest-paid CEO in the S&P 500 last year, according to the AFL-CIO report, with $296.2 million in compensation. However, Kern’s 2021 compensation was largely made up of long-term equity incentive awards that won’t vest until between 2024 and 2026 at the earliest, an Expedia spokesperson said.

A spokesperson for TJX said that the company’s pay ratio estimate included approximately 340,000 employees from its 4,700 retail stores in nine countries, adding: that “the median employee for purposes of our pay ratio estimate was a part-time hourly retail store associate.” TJX strives “to provide compensation at all levels and in all functions that is both market competitive and equitable across our workforce,” the spokesperson said.

“Our approach to executive compensation is based on core objectives that include rewarding financial performance and driving long-term business success, and our CEO’s compensation reflects TJX’s strong performance in fiscal year 2022 as well as our CEO’s decades of off-price industry expertise and the responsibility of leading a complex $48.5 billion global business in a dynamic retail environment,” the spokesperson said.

McDonald’s did not respond to a request for comment.