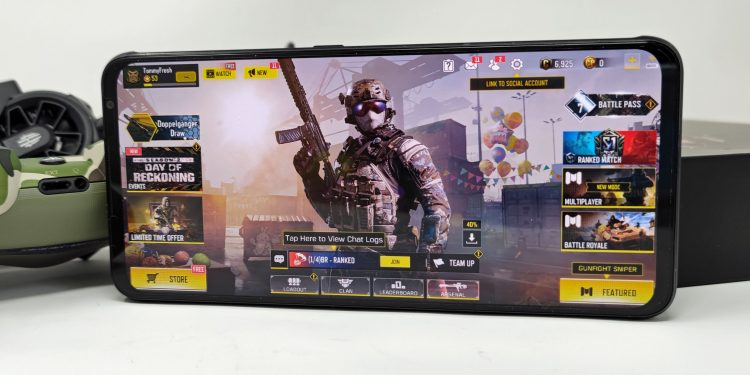 This is a new gaming phone from a company that’s made quite a few at this point (hence the ‘7’ in the name), so you’d think it’d know exactly what gamers need. Well, what they apparently need is more RAM than your average gaming PC.

That’s right, the newly-unveiled Red Magic 7 Pro comes in a few configurations, and they top out at a whopping 18GB of RAM. Or, if you want to stick to a measly 16GB of RAM, you can go up to 1TB of storage space. That’s a lot.

When I took the phone out of the box, and saw the high specs on the side of the box, I was pretty startled. But it was only when I was playing on my gaming PC later that I really twigged those specs.

It tops my gaming PC

My gaming PC, built in 2021 to be able to handle high-end gaming, as well as whatever DaVinci Resolve and Adobe After Effects could throw at it, has ‘only’ 16GB of RAM.

This was an amount that, when I was buying the parts, was sold to me as enough for these intensive processes. And, after having used the PC for months, it seems enough for games or video making. So 16GB is just fine for tasks that you wouldn’t even do on a smartphone.

The PC ‘only’ has a 1TB SSD too, the same amount of storage space as the Nubia phone goes up to. Admittedly this wasn’t the best decision on my part, and I’ve just ordered a 6TB HDD, but it goes to show that the Red Magic 7 Pro matches my gaming PC for storage space as well.

Obviously when you move on to the other specs, my gaming PC has the Nubia beat – but even when it comes to RAM, I just don’t understand why the phone needs so much.

I should point out that neither the 18GB or 1TB models of Red Magic 7 Pro are going on sale in the US. But the two versions that are both have 16GB of RAM – the same as my PC – so my point remains.

The state of the game

When it comes to mobile gaming, there’s a simple fact that undercuts lots of the marketing fluff around gaming phones.

Mobile phones aren’t like consoles; there aren’t just two or three versions that all gamers have. There are hundreds of different types of mobile phone, and to ensure that all mobile owners can play games together, most titles are optimized to play on all devices.

You don’t need a super-powerful mobile to play PUBG, or Call of Duty, or Fortnite, or Genshin Impact. Any fairly modern device can do so, though maybe not at the top graphical options.

That’s one curious, but appreciated, difference that mobiles have with PCs – lots of PC developers are happy to just shrug their shoulders and say ‘well, some gamers can’t play our game’, locking out users who don’t have top-end specs.

Perhaps because they’re designed as portable and readily accessible, or perhaps because mobile developers are trying hard to compete for your attention, any old phone can play all the most popular games.

With that in mind, 18GB of RAM is just completely unnecessary. I’d go so far to say that you don’t really need more than 8GB, and some won’t even need that.

So why do phone companies, especially Nubia, push so hard into additional RAM like this? Well, it’s hard to know for sure, but there’s one reason that I can think of: I wouldn’t be writing this article if the phone had a normal amount of memory.

Ben Jennings on the UK’s cost of living crisis – cartoon

Ben Jennings on the UK’s cost of living crisis – cartoon