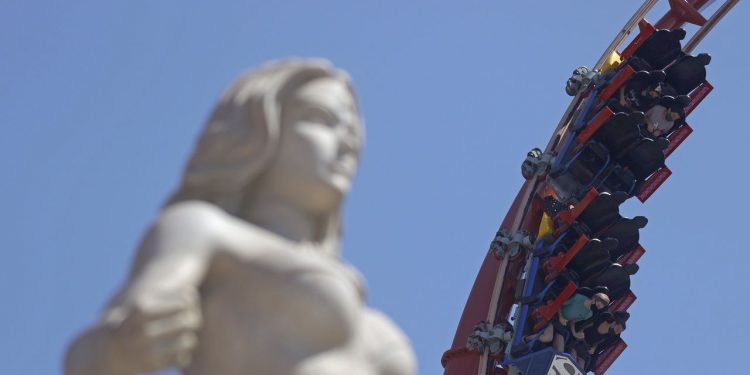 Markets are pointing higher for Friday, but it’s been a rough few days, with the S&P 500 facing a six-week losing streak, its longest in a decade.

With a war raging in Europe, surging prices all over and uncertainty over what central banks can do about it, investors may not get that traditional lazy, hazy summer.

Providing our call of the day is the president and chief executive of Stock Traders Daily and portfolio manager at Equity Logic, Thomas H. Kee Jr., who is gearing up for what could be a bullish period for stocks, and says that’s all about understanding volatile days.

Kee said he sees a shift coming, though not one where investors can “buy and hold for the next 10 years.

Kee warned clients of choppy times ahead last December, when the Fed began telegraphing they would be removing stimulus and “the demand fabricated component of the demand variable,” hearkening the return of natural risk perceptions.

“What that means is volatility. In normal market conditions you have volatile conditions,” he said. “It’s not what people are used to because stimulus has been a component since most people have been in the market nowadays, especially all the new [investors].” Pre 2010, markets were naturally volatile, he reminded us.

But as the ECB is still buying aggressively and the Fed hasn’t quite reduced its balance sheet, meaning the fabricated demand is still there, he said.

While market volatility has left some investors unsure of what to do and panicky, Kee said he was not seeing signs of an immediate crash risk, based on his proprietary Evitar Corte Model, which uses FOMC monetary policy to define market crash risk.

What should investors do with this info? Kee has long been a fan of index ETF strategies, and suggested investors do the same, only buying or selling index ETFs — he prefers the highly liquid SPDR S&P 500 ETF Trust
SPY,
.
He cautioned it will take much longer for investors with multiple stocks in their portfolios to control risk.

and cash, moving to cash when his crash indicator was warning of high risk, but all other times investing in the S&P 500 ETF, would be beating the market by 530%, said Kee.

Kee said there are two types of retail investors out there: those who like to trade and those who just want to hold and stay invested. The latter should just focus on being able to neutralize their portfolio and focus on a market crash model that tells them if that’s coming and make it more nimble. The other investor who likes to trade just needs to look at daily or weekly pivot points for the S&P 500.

Right now investing in SPY is better than cash, but last December cash was the better investment, he said.

Kee said that their Fibonacci calculator just triggered a buy for the S&P 500 at 3,884. “This calculator is adapted for the stock market, based on mathematical formulas that are governed by human emotion, and without stimulus that is exactly what the market is left with,” he said.

The money manager’s message is clear: “Volatiltiy is here, it’s coming and you better be ready for it and your portfolio better be prepared to handle it as well. Because it’s really difficult for people who have never experienced real volatility to handle volatility,” he said.

is down 20% after Tesla chief Elon Musk said his $44 billion deal to buy the social-media company was “temporarily on hold pending details supporting calculation that spam/fake accounts do indeed represent less than 5% of users.” Tesla is up 5%.

is surging on news Sam Bankman-Fried, the chief executive of cryptocurrency exchange FTX Trading, took a 7.6% stake in the trading platform.

shares are climbing after the buy-now pay-later group’s revenue beat and reassurance from executives.

Headed for his second term as Fed Chairman, Jerome Powell said in a Thursday interview that the Fed may not manage a “soft landing” for the economy, but was not “actively considering” a 75-basis point interest rate increase.

April import prices and May consumer confidence are ahead.

Europe’s plan to sanction Russian oil is struggling, as Hungary says it will prove too stressful for its economy.

Shanghai may be ready to loosen its COVID restrictions, but growing cases in Beijing have residents there on edge. North Korea said six have died and thousands are ill with an unexplained fever, after the country went public with its COVID outbreak.

are higher, along with bond yields
TMUBMUSD10Y,

pulls back. Oil prices are modestly higher and cryptocurrency selling has eased off, with bitcoin
BTCUSD,

back above $30,000, and strained stablecoin TerraUSD
USTUSD,
,
also slightly up.

Read: Why is UST, LUNA crashing? Collapse of a once $40 billion cryptocurrency, explained

And: Here’s how much money you would’ve lost if you bought crypto during Matt Damon’s ‘Fortune Favors the Brave’ commercial

These were the top-searched tickers on MarketWatch as of 6 a.m. Eastern Time: