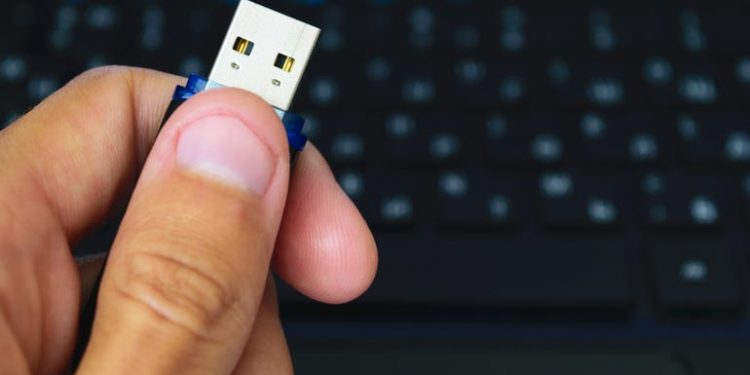 
The latest version of Windows 11 will address the frustrating situation when the built-in Windows encryption tool BitLocker accidentally encrypts a USB drive.

The new policy allows admins to exclude removable USB drives from BitLocker – a control that should be helpful across many sectors, like healthcare, where specialized external devices are frequently connected to a PC by many users.

“This will solve the problem of automatic or accidental encryption of storage built into specialized devices like video cameras, voice recorders, conferencing systems, medical devices and many more,” Microsoft says in release notes for the Windows 11 Insider Dev Channel preview build number 22579.

Once an admin creates the exclusion list of devices through the setting “Deny write access to removable drives not protected by BitLocker”, users won’t be able to encrypt storage on it and won’t be prompted to encrypt that storage device.

The policy so far can only be configured via mobile device management (MDM) solutions, such as Microsoft’s Intune using custom profile settings within the Open Mobile Alliance Uniform Resource Identifier (OMA-URI) settings.

Admins need to identify and enumerate which devices they want to exclude from automatic encryption using a hardware identifier.

There are also several design changes rolling out to testers, making this update a relatively large one for system apps like the Start menu.

Microsoft has revamped the Print Queue experience to suit the Windows 11 design. Microsoft has updated it so that win32 apps using CPrintDialog will now show the “modern print dialog”, which also discovers local network printers and allows them to install without the user touching the Settings app.

It’s also rolling back the ‘Open With’ dialog box redesign that shipped with Build 22567 earlier this month due to the “performance issues” it created. Microsoft plans to revive it later.

And, for developers who use the Windows Terminal command line interface, Microsoft is updating the WIN + X menu to point to Windows PowerShell when Terminal has been uninstalled.

Microsoft released the Windows Terminal 1.0 version in 2020 that gave developers the ability to run Command Prompt, PowerShell, and Windows Subsystem for Linux inside one app.

Windows 11 users can now name folders of apps in the Start menu by creating a folder and using “Edit name” to customize it, so now you can bundle all your game apps into a folder called “Games”.

SEE: Cloud computing is the key to business success. But unlocking its benefits is hard work

This update brings pinned-site suggestions to the Get Started Windows 11 helper app, so that users can pin sites to the taskbar. Users can pin sites like WhatsApp and Netflix or anything they use frequently. It’s currently only available in the US for English language devices, but other languages and regions will be added soon.

Finally, Microsoft has updated the icon for the Run New Task function, which is now available on all pages of the Windows Task Manager app.

These changes for Windows 11 in the enterprise are rolling out to testers as Microsoft gears up for a major announcement about how Windows 11 will lend itself to hybrid-working arrangements. It will disclose details on April 5. Microsoft wants to modernize the user interface for productivity within a hybrid-working context. It’s also been updating key Office apps, such as Teams and PowerPoint, for hybrid work.

Great British boltholes: Inside Burleigh Court, a romantic Georgian manor in the Cotswolds

Turning the tide on second homes with taxes | Second homes

The huge blue and red...

You’ve Got 8 Seconds to Grab a Customer’s Attention. Here’s What to Do.

Great British boltholes: Inside Burleigh Court, a romantic Georgian manor in the Cotswolds