The US buyout group will acquire the California-based company at a 34 per cent premium to its trading price as of Friday, paying Proofpoint shareholders $176 per share. The company’s stock price was up more than 30 per cent at the start of trading in New York.

The deal would be the largest private equity-backed software buyout on record, according to data from Refinitiv, ahead of an $11bn deal by a Hellman & Friedman-led group to buy the human resources software company Ultimate Software in 2019.

It comes as scores of companies have been forced to bulk up their cyber protection as corporate ransom hacks — when cyber criminals encrypt data and demand a fee to unfreeze them — have boomed during the pandemic.

Proofpoint’s board of directors has approved the agreement, which includes a so-called go shop period expiring on June 9. That means the company has 45 days to consider proposals from other parties.

Thoma Bravo has previously invested in SolarWinds, the software company at the centre of a huge cyber espionage campaign discovered in December. US security officials have said Russia was likely to have been behind the spying attempt, which hijacked SolarWinds’ software and put its government and corporate clients at risk.

Thoma Bravo and rival private equity group Silver Lake together held about 75 per cent of SolarWinds as of the end of September, according to filings. They sold a $315m stake in the company to one of their own longstanding backers, the Canada Public Pension Plan Investment Board, shortly before the US issued a warning about the hack last year.

Chicago-based Thoma Bravo, which specialises in technology deals, has been snapping up bigger software companies in recent months.

In December it struck the biggest private equity-backed tech deal of 2020, buying US property software group RealPage in a $10.2bn acquisition. It agreed to buy Calypso, the trading software group, at a $3.75bn valuation in March, 37 times the $100m the company generated in earnings before interest, tax, depreciation and amortisation in the year to December 2020. 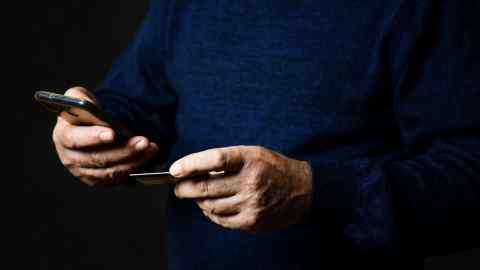 Cybersecurity has become a top priority over the past year for large companies, particularly in the financial services industry, as remote working during the coronavirus pandemic reduced cyber defences.

The fast growth of connected devices, such as smart watches, printers and industrial equipment, has also led to the proliferation of new cyber threats that could compromise companies’ IT infrastructure, according to several studies.

Technology deals accounted for 28 per cent of all private equity deals by value in 2020, according to Refinitiv, as the pandemic drove up demand for companies that were less affected by shutdowns.

Proofpoint also announced its first-quarter earnings on Monday, reporting a loss of $45.3m in the first three months of the year. The company’s revenue of almost $290m was up 15 per cent from the same time last year.

The transaction is expected to close during the third quarter of 2021.