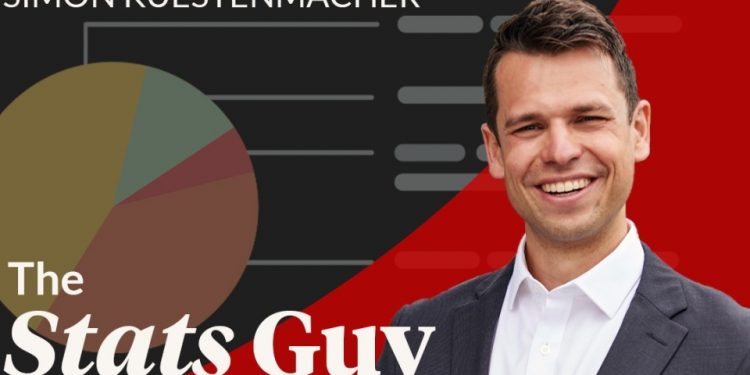 
Natural disasters, COVID, and now the war in Ukraine – forecasting seems impossible in such tumultuous times.

Although forecasting has certainly grown harder, it’s still a useful exercise. To make predictions credible we need to think about which megatrends we can be reasonably certain about. Once we establish such parameters it’s much easier to think clearly about the future of Australia.

Let’s look at three demographic megatrends that might help us in our forecasting efforts. Read on at your own risk – these trends are all controversial to a degree.

Firstly, we can expect a quick return to pre-COVID population growth (maybe even beyond) driven by migration, of which more than 80 per cent is represented by international students and skilled workers.

The demand for English-speaking university education hasn’t declined since COVID. The continued urbanisation of Asia doesn’t create desperate slum dwellers; rather, it is the largest emergence of a middle-class in history.

Before COVID, Australian universities benefitted as newfound wealth was invested in education by sending kids to pursue academic credentials in Australia. These students will return once borders are open.

It remains to be seen if our universities were smart enough to better align their offerings with the needs of the Australian labour force. The return of international students will help to energise the inner cities again and relieve the skills shortage in hospitality.

Businesses across the country, spanning all industries, are complaining about the lack of skilled workers. The pressure on the federal government to put more and more jobs on the skilled migration list will only rise. If we fail to attract skilled workers, we can’t possibly build all the infrastructure projects state and federal budgets generously proposed, and our businesses can’t expand operations.

Will migrants still want to come to Australia though? Won’t our long lockdowns have scared away potential newcomers? Not at all. We mustn’t overestimate the attention that is given to Australia overseas.

We are still one of the richest nations on the planet, offer safe cities, plenty of high-income jobs, education and a democratic government.

On top of this, a rising number of migrants will see moving to Australia as a nice hedge against a potential major war in Europe. In times of crisis, the tyranny of distance turns into a blessing.

A major problem that might make Australia unattractive to migrants is the high price of housing. Solving the housing affordability crisis remains a national emergency.

Secondly, Australia will see GDP growth – at least in the short term. With education and tourism still in the recovery phase, Australia’s 10 largest exports are all stuff that we dig out of the ground (iron ore, coal, oil, gold, copper) or food (wheat, meat).

The war in Ukraine further drives up prices for such goods, since global supply shrinks while demand remains stable.

The challenge is to translate this short-term GDP growth to a better life for all Australians. Of our 12 million-plus jobs, less than 300,000 are in the mining industry. Should the windfall mining profits be taxed at much higher rates? Ideas like this are being floated at the moment.

As tourism and international education inch their way back to pre-COVID levels, foreign money flows into Australia and drives up GDP.

Australians are unlikely to feel much richer though. Without open borders and free trade, lots of things will get more expensive.

We consume lots of stuff from overseas. Our largest imports are motor vehicles, fuels, pharmaceuticals, communication equipment, computers, and all sorts of machinery and equipment.

It’s not just your personal consumption that will be impacted. The cost of doing business goes up as companies pay more for parts, equipment and materials. This in turn makes all Australian products and services more expensive, too.

A country that is getting richer while life gets more expensive would be well advised to invest in community and nation-building infrastructure.

We must reposition our economy on clearly future-focused industries since the price hikes in foodstuffs and commodities won’t last forever.

Thirdly, our workforce is hollowing out. I wrote about this trend in more detail before.

We create plenty of high-paying knowledge jobs. These highly educated workers are paid well. We also create lots of poorly paid low-skilled and unskilled jobs. These jobs don’t tend to have a career pathway. Workers earn the same whether they have one or 20 years of work experience as they are being paid by the item, kilometre, or gig worked.

Job security is also terrible. It was low-skilled workers who lost their jobs during the pandemic. Workers in these skill level 4 and 5 jobs don’t earn enough to afford a family home in a capital city.

Although we are adding highly and poorly paid jobs, we are taking away middle-income jobs. How can we maintain social cohesion in a country that is continuing to drift into two clearly separated highly paid and poorly paid camps?

A worsening of social cohesion is highly likely, especially since religion doesn’t act as social glue anymore. To counter that trend, we rely on small scale community-based groups and, more than ever, we need sport to bring us together.

Don’t underestimate the power of sport in Australia.

It’s the pubs showing live matches, the stadiums, community sports and your local cross-fit gyms etc. that bring people from different socio-economic backgrounds together. Social segregation increasingly doesn’t occur along ethnic or gender lines, but simply along socio-economic ones.

From a business perspective, that means blindly targeting the centre of the market is increasingly a losing bet. One size doesn’t fit all. The centre is melting away while the edges grow. Adjust your business practices to capture the growing fringes.

Population growth can be assumed. More people, more GDP. The workforce shifts towards more highly skilled jobs – and this, too, will drive up GDP as knowledge workers contribute more dollars to GDP. Global prices for resources and commodities will go up – this will also drive GDP.

Australia stands a fair chance to climb up the rankings to nominally become the 12th or 11th largest economy. Russian GDP will plummet, and we might catch soon up with Brazil. The challenge remains to distribute GDP more equitably and fairly.

Although we will be a richer nation, we will feel poorer due to rising prices.

Take into account these three megatrends when forecasting the future and you stand a better chance of getting it right.