When it comes to rooting for professional sports teams, hopping on the bandwagon generally has negative connotations. It can be associated with a lack of ingenuity and a simple-minded herd following. 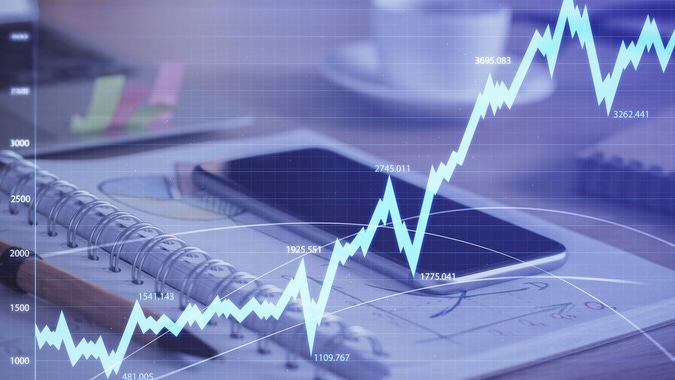 In stock investing, hopping on the bandwagon can be an effective strategy. In fact, it has its own term—momentum trading. Sometimes yesterday’s winners turn into the winners of tomorrow if lasting catalysts are in place. This can be accelerating financial results, a valuable partnership, or favorable industry dynamics.

U.S. stocks limped to the finish line in September but still eked out a positive return for the third quarter. Yet at the individual stock level there were several stocks that doubled and many more that advanced at least 50%. Here are three of Q3’s top performers that still have room on the bandwagon for a strong Q4 ride.

Will Affirm Stock Keep Going Up in Q4?

Affirm Holdings (NASDAQ: AFRM) was one of the best large caps to own last quarter. The stock surged 77% on the backs of a powerful deal with Amazon. Yes, sometimes that’s all it takes. The Amazon name sure carries a lot of weight in the world of e-commerce.

As part of the partnership, Affirm’s ‘buy now, pay later’ (BNPL) technology will be implemented into the Amazon platform allowing shoppers to pay for large purchases over time. The move was well-timed from Amazon’s perspective ahead of the holiday shopping season and a huge branding boost for Affirm.

Since there is potential for the partnership to expand, Affirm could have plenty more room to run. After Amazon gauges the early results of the hot new payment method, there’s a good chance more deals are forthcoming between the two.

It’s pure speculation but also plausible that if the marriage goes as planned, Amazon could someday acquire Affirm Holdings. In the meantime, this is a stock that is likely to have more bullish press releases ahead as consumers increasingly embrace the BNPL option.

Is it a Good Time to Buy Moderna Stock?

Moderna (NASDAQ: MRNA) gapped lower on Friday following positive news around Merck’s new oral COVID-19 treatment. Prior to that, the stock had rallied 64% in the third quarter on a series of positive headlines of its own.

Moderna continued to supply the world with its COVID-19 vaccine during the period. Agreements were reached to provide tens of millions of doses to Argentina, Japan, Taiwan, and Peru. Similar deals will undoubtedly continue to roll in as the world grapples with the spread of the coronavirus.

The company also made progress with its COVID-19 vaccine for adolescents receiving a favorable recommendation from EU regulators. Soon thereafter, the U.S. FDA authorized a third dose of the Moderna vaccine for immunocompromised adults.

Amid all the COVID-19 headlines, Moderna has also been developing its messenger RNA (mRNA) seasonal flu vaccine. Those studies are in the early stages and hold the potential to provide another shot in the arm for Moderna’s share price.

Although Moderna may forever be inked in our minds as the COVID vaccine company, this is a company that will be a valuable asset in the fight against infectious diseases, rare diseases, and cancers for a long time. In the near-term, more COVID-19 supply agreements will keep this stock humming along in Q4.

It’s not often that Arch Resources (NYSE: ARCH) and ‘63% gain’ appear in the same sentence but that’s exactly what happened to the stock last quarter. In late-July, the coal producer reported strong second quarter results and the stock hasn’t looked back since.

Despite the push by world governments to adopt clean energy solutions, global demand for coal has been strong particularly in China which relies heavily on the carbon-intensive rock as a source of electricity. At the same time, pandemic restrictions and limited investment in coal mines globally has constrained supply and helped send coal futures soaring to record levels.

Fortunately for Arch Resources shareholders, the biggest development is yet to play out. The company invested $392 million in the Leer South Longwall mine project that once up to full speed is forecast to produce as much as 3 million tons of low-cost coking coal. Last month, production began at the mine meaning Arch Resources will soon be supplying a lot more coal to the global metallurgical markets. With the winter months ahead, Chinese demand for coal should remain particularly strong putting upward pressure on coal prices. And with coal prices sky-high the timing couldn’t have been better for Arch Resources.

Even though Arch Resources stock has been bid up in anticipation of the new supply coming online, it is still woefully undervalued given the profit expectations. After recording EPS of $1.26 in the first half of the year, analysts are forecasting EPS of $12.49 over the next two quarters. So, with a forward P/E ratio of 7x, expect significant multiple expansion in Q4 as the market catches up with this unlikely growth story.