Tighter Covid rules in Scotland, Wales and Northern Ireland – but not England 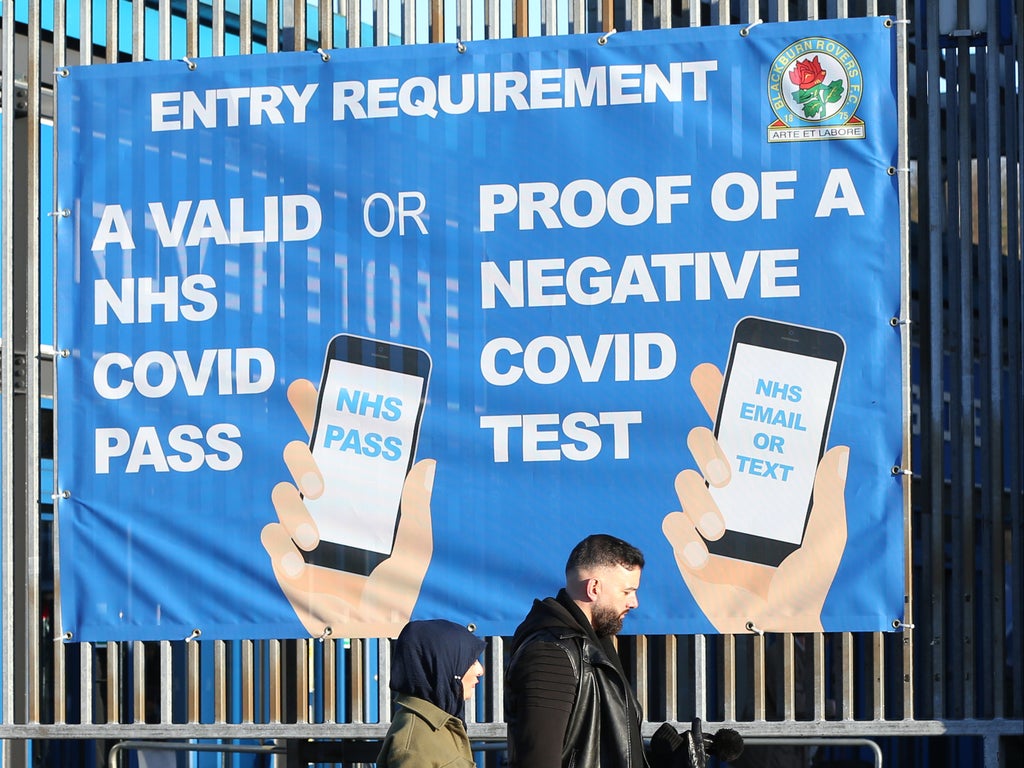 New restrictions to fight the spread of the Omicron variant of coronavirus come into effect in Scotland, Wales and Northern Ireland on Boxing Day.

But England remains under the government’s less stringent plan B curbs, after Boris Johnson put off any decision on tighter controls until after Christmas.

The prime minister has said he will not hesitate to impose new rules if necessary, but he is coming under intense pressure from his own MPs not to introduce harsher measures, which would inflict financial damage on pubs, restaurants and shops hoping to recoup some of the losses of a disrupted Christmas period during the new year festivities.

No meeting of the government’s Covid-O committee to discuss the latest data has yet been announced, though Downing Street has not ruled out talks on Monday in order to allow time for parliament to be recalled to approve new restrictions before New Year’s Eve.

The UK’s tightest rules are in force from 6am today in Wales, where a maximum of six people are permitted to meet in pubs, cinemas and restaurants.

A total of 30 people are allowed to attend indoor events, while the maximum is 50 for outdoor events.

Two-metre social distancing is being required in public premises and offices, and nightclubs will close.

In Scotland, large events will have one-metre physical distancing from today and will be limited to 100 people standing indoors, 200 people sitting indoors and 500 people outdoors.

From 27 December, up to three households can meet, with one-metre distancing between groups, at indoor and outdoor venues such as bars, restaurants, theatres, cinemas and gyms.

In addition, table service will be required in places where alcohol is served.

Northern Ireland is also bringing in restrictions on Boxing Day and December 27, with indoor standing events no longer permitted and nightclubs closing.

Socialising will be reduced to three households, while up to six people can meet in pubs, bars and restaurants. Ten people will be allowed if they are from the same household. Only table service will be available.

A two-metre social distancing rule will be in place in public premises and offices.

The plan B rules in force in England require face-coverings in a range of public places, along with Covid passes to enter mass-audience events, and include advice to work from home if possible.

Mr Johnson’s ability to tighten restrictions further is constrained by opposition within his own party, after a rebellion of 99 MPs against plan B and the refusal of cabinet to approve new restrictions recommended by chief medical officer Chris Whitty before Christmas. The PM could avoid the need to recall parliament for a risky vote by issuing new guidance rather than regulations backed by law.

Opponents of new measures in England believe their case has been bolstered by figures from the UK Health Security Agency, which suggest that those infected with Omicron are between 50 and 70 per cent less likely to need admission to hospital than sufferers of the earlier Delta variant.

However, the government’s scientific advisory committee, Sage, has released modelling suggesting that halting indoor gatherings and permitting bars and restaurants only to serve outdoors could reduce deaths by 18 per cent if kept in place until mid-January, or 39 per cent if retained until the end of March.

It is understood that school closures are not being considered for January.

A source close to education secretary Nadhim Zahawi said: “The prime minister and Nadhim are fully committed to keeping schools open, and there’s a shared commitment across government to do so. Education is a top priority, and school closures are not something being considered.”

Sir Graham Brady, the chair of the powerful 1922 Committee of Tory MPs, told The Observer it was “time to move on from the lazy assumption that government has the right to control our lives”, adding that Britons should “take responsibility for our own lives once again”.

Charles Walker, a former vice-chair of the committee, told the newspaper he hoped emerging data would support maintaining the current course of action. “I think the PM has done extremely well to weigh up the information, hold his nerve and get us to this point,” he added.

Tory peer Baroness Stroud, who served as special adviser to Iain Duncan Smith when he introduced universal credit as work and pensions secretary, warned the government against stricter restrictions that risk putting people “into poverty”.

She wrote in The Sunday Telegraph: “Many of these measures cause social and health damage, and have a huge, negative impact on people’s livelihoods. And they put people into poverty.

“I ask the government to ensure that, as they contemplate further restrictions, they are open about the active choice they would be making to damage the lives of our most vulnerable – who are doing all they can to work their way out of poverty.”