TikTok’s ‘I wanna ride, I wanna ride’ song from the viral trend is catchy AF 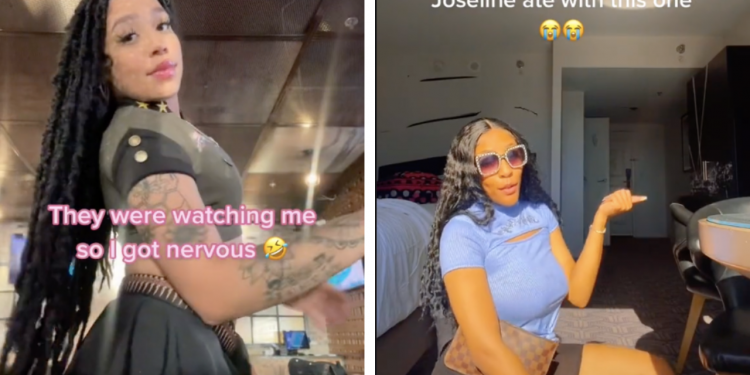 
TikTok is drooling over its latest ‘I wanna ride, I wanna ride’ trend and its song is catchy AF.

It’s a brand new day and a new trend is going viral on TikTok.

Many of the platform’s fun and moody trends so far have helped raise the popularity of lesser-known songs and also resurrected some previously famous ones.

The viral, catchy song playing in many recent videos on TikTok is called Vegas by Peurto Rican rapper and actress Joseline Hernandez.

The star released her brand new track in January 2022 and is a part of her new album, which is also entitled Vegas.

The song features the lyrics: “Welcome to Vegas baby/ I want you to come and pay me/ Give me the money give me/ diamonds give me rubies baby.

However, the part of the song that’s caught the most attention of fans is when Joseline sings: “I wanna ride it baby/I wanna ride it, baby.”

You can give it a listen on Spotify, Apple Music and YouTube music.

A look at the viral trend

Joseline Hernandez’s Vegas began going viral on TikTok ever since its release but it has drastically risen in popularity in recent weeks.

It has become a trend now and sees users dancing to its sick beats while relating it to a live scenario.

The I wanna ride, I wanna ride trend on TikTok is one of those that has no rules. You are free to use the song in your videos as you please.

Here are a few fun videos from the trend.

Other viral trends on TikTok these days

The recipe calls for users to comment on the following under a TikTok for no apparent reason:

One user attempted the recipe and revealed that the end product “tastes like a brownie flavoured chocolate cake.”

Another frustrated user wrote: “If I open the TikTok comments one more time & it’s a damn brownie recipe I will report everyone’s account.”

Most TikTok users ended up not liking the viral recipe.

In recent days, many beauty influencers on TikTok began endorsing the use of nasal sprays to get a tan.

Many of these creators claimed that they snort the spray before hitting the solarium or getting some sun exposure as it helps them get a darker tan.

However, as soon as these videos began going viral on TikTok, many doctors issued warnings against the trend, deeming it not only ineffective but also very dangerous.

Do not take part in this trend!

In other news, One Piece chapter 1044 spoilers hint at Luffy’s new ‘Gear 5’ awakening