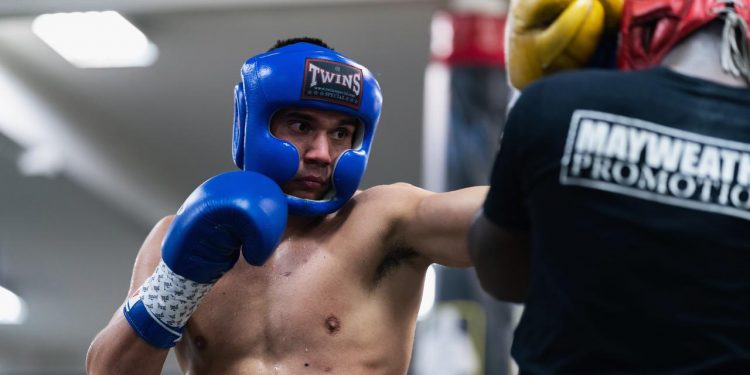 
Tim Tszyu is not like most other fighters, or at least that is what the Australian says.

“I don’t take rests or honeymoons like some of these other fighters,” he said, speaking from Left Right Boxing Gym in Las Vegas.

“This has been a long time in the making. I’ve been keen on making my debut here ever since I beat Jeff Horn [August 2020]. It’s good to finally be here and I’m quite excited to be on this platform.

“This is a real opportunity for me.”

An opportunity for Tszyu to restart, to prove himself in a different way having already achieved all he can in Australia.

Tszyu fights Terrell Gausha in his U.S. debut later on March 27, putting his undefeated record on the line in a bid to secure a world title shot.

For the record, Tszyu is currently the mandatory challenger to the WBO belt in the light middleweight division.

“You dream of it as a kid, and now for it to actually be happening, it’s unreal,” he said.

“I’m the first Australian who’s had their U.S. debut as a headline act, having not even won a world title yet. It shows that what we’ve done so far is pretty good for the moment. We’re here to make statements.

Tszyu spoke to the Main Event Boxing podcast earlier in the week about the chance to prove yet again that he is more than just his famous last name.

“It feels like a new chapter, a new book is being written because I am coming here unknown,” he said.

But Tim said father Kostya has not had to give him too much advice ahead of the bout.

“My dad hasn’t talked to me too much about what to expect fighting in the U.S,” Tim said.

“Mostly he just reminds me to stay ready, which I always am. I’m a professional and I’m fighting nonstop.”

Meanwhile, Tszyu’s trainer, Igor Goloubev, warned that the Australian will not let up inside the ring and will bring constant pressure to Gausha.

“Tim is going to make adjustments, like he always does, based off what Gausha brings in the first round,” he said.

“Gausha is a crafty fighter. He’s got a good style from his amateur background and he’s also got strong legs and upper body. We’ve seen footage of him and we know that he can punch, that he’ll move and that he throws lots of jabs. He’s all-around a very good fighter.

As Americans embrace booze-free beverages, will this wine-inspired sip be the next big thing?

As Americans embrace booze-free beverages, will this wine-inspired sip be the next big thing?