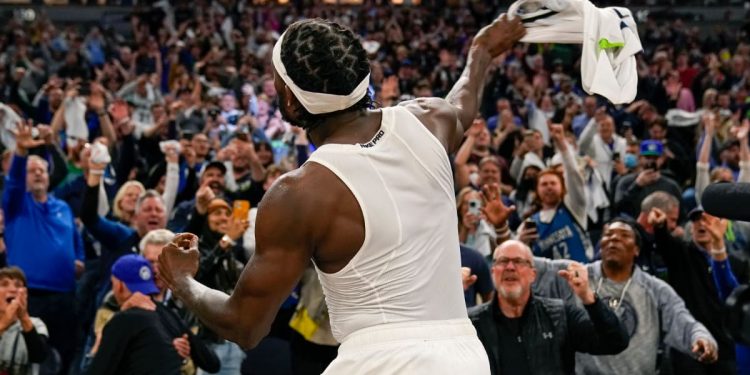 In a battle to secure the No. 7 seed in the Western Conference, the Timberwolves overcame a double-digit fourth-quarter deficit to beat the Clippers 109–104 in the play-in game. While Karl Anthony-Towns played just 24 minutes after getting into foul trouble early, D’Angelo Russell and Anthony Edwards led the way for Minnesota, scoring 29 and 30 points respectively.

Patrick Beverley put in a classic performance of his own, scoring seven points with 11 rebounds and frustrating the Clippers throughout. Several late defensive stops and an offensive rebound from Beverly on the game’s final free throw helped seal the deal for a Timberwolves squad without much postseason experience.

Here were some of Twitter’s best reactions to Tuesday’s game:

Beverley celebrated in emphatic fashion after beating the Clippers, jumping onto the scorer’s table and heaving his jersey into the crowd before running around the court and embracing his teammates.

It was an emotional reaction to a win that now slates Minnesota against the No. 2 seed Grizzlies in the first round.

Brothers In Bicycle Race Killed By Driver Who Was ‘Uncontrollably Defecating’