The NYC New Year’s Eve crystal ball might not be able to tell your future, but it will make the whole world shimmer.

The 2,688 Waterford crystal-paneled ball will have millions of eyes on it as it drops at midnight and rings in the new year.

The giant 12-foot in diameter ball weighs nearly 12,000 pounds and each new crystal triangle had to be hand-placed by workers.

Each year the ball has a theme and the 2023 crystal design has been called the Gift of Love. The theme is represented by a circle of ‘overlapping hearts entwined together,’ the Times Square website said.

Each year, officials replace 192 crystal panels with a new design. For the past 10 years, Waterford Crystals – located in Ireland – has created a designed under the Greatest Gift series. 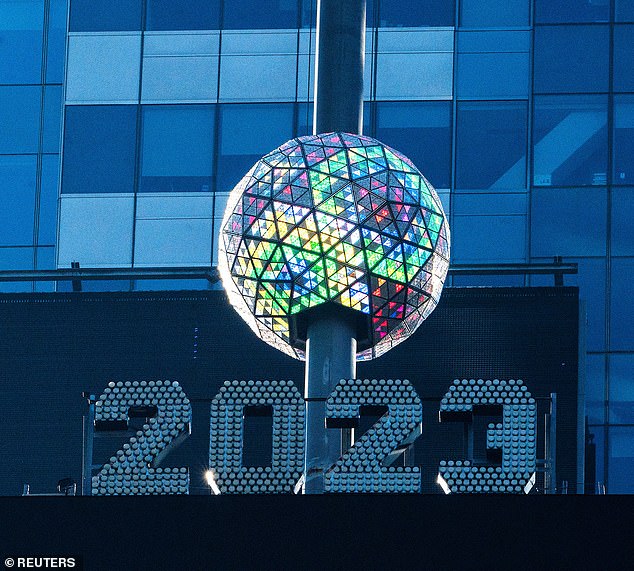 The 2,688 Waterford crystal-paneled ball will have millions of eyes on it as it drops at midnight and rings in the new year 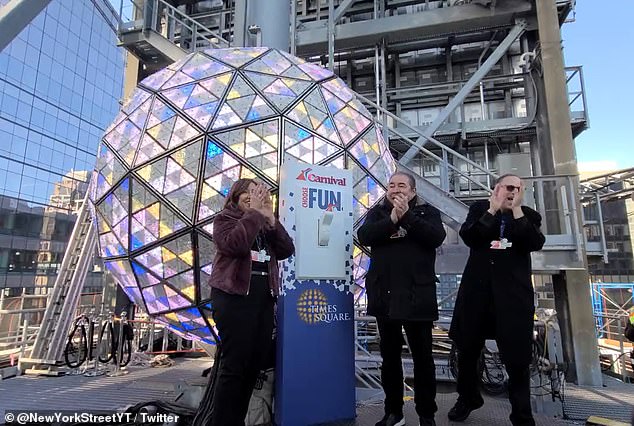 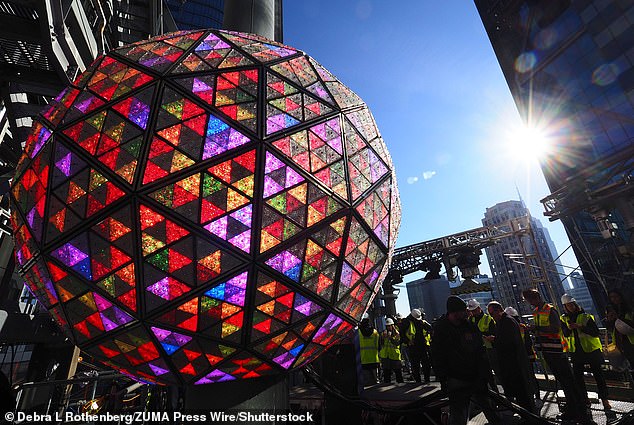 The giant 12-foot in diameter ball weighs nearly 12,000 pounds and each crystal triangle had to be hand-placed by workers

Where to watch at home

The other ‘gift’ designs – which consisted of 192 panels each – featured on the 2023 ball are Wisdom, which is designed with a ‘central wheel with wedge cut petals;’ Happiness, which is a sunburst design; and Goodwill, which includes three pineapples that symbolize hospitality and goodwill.

It also features Harmony, which has small rosette cuts; Serenity, which has butterflies; Kindness, which as a circle of rosettes; Wonder, which has faceted starbursts; and Fortitude, which has diamond cuts on either side of a crystal pillar.’

The remaining panels are the Gift of Imagination, which features wedged cuts that mirror each other.

The ball also features six design patterns that are different colors and shapes when lit.

In addition, when the ball drops, more than a ton of confetti will also fall, some personalized with New Yorkers’ handwritten wants and wishes.

This year’s celebration is also returning to its full-force after some limitations were put in place last year due to the pandemic. In 2020, only a few frontline workers and their families were allowed to attend the event. 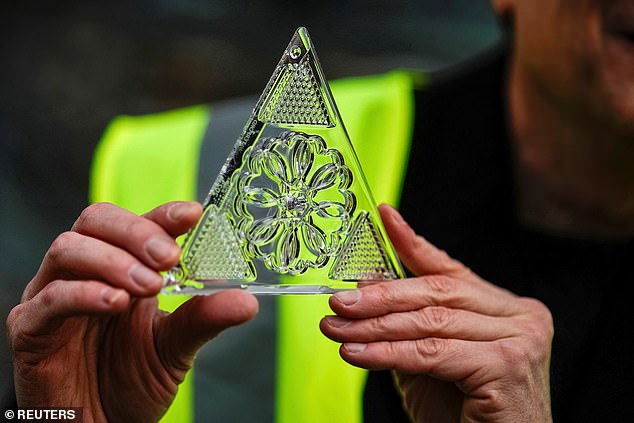 Each year the ball has a theme and the 2023 crystal design has been called the Gift of Love. The theme is represented by a circle of ‘overlapping hearts entwined together’ 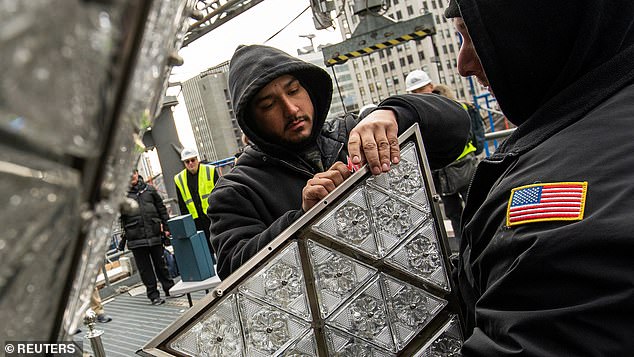 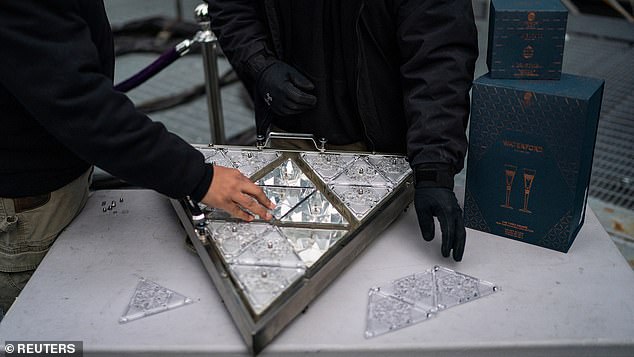 Those brave enough to withstand the hours-long event, which starts at 6pm with limited restroom and food options, will get to enjoy performances from Golden Hour singer JVKE, Dear Evan Hansen’s Ben Platt, Little Mermaid’s Halle Bailey, and more.

In addition, for those attending the NYC event in-person, security will be ‘enhanced’ according to Eric Adams, 62, who was sworn in as mayor at the event last year.

Adams also went on to tout how well the city is doing, including seeing around 56million tourists this year – which is expected to bump up to 72million next year – and how the city is leading in the hotel market out of the top 25. 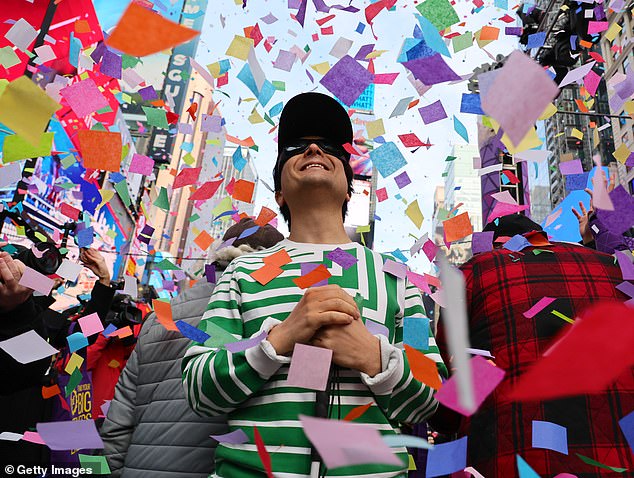 The confetti drop was also tested ahead of the big event, to the delight of tourists and locals 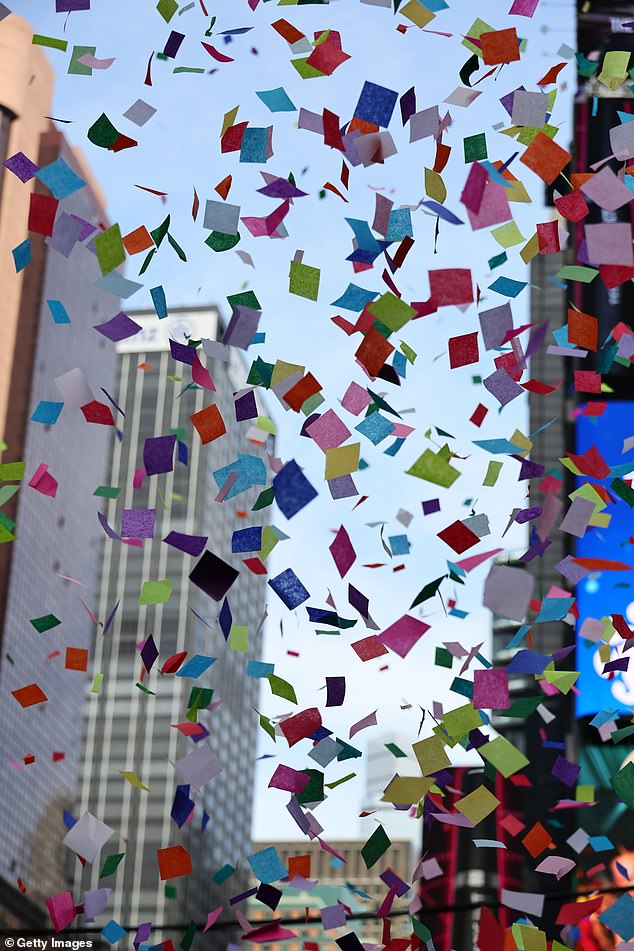 For the past few years, the confetti that falls on the ring of the new year are personalized by New Yorkers who wrote their wants and dreams on them 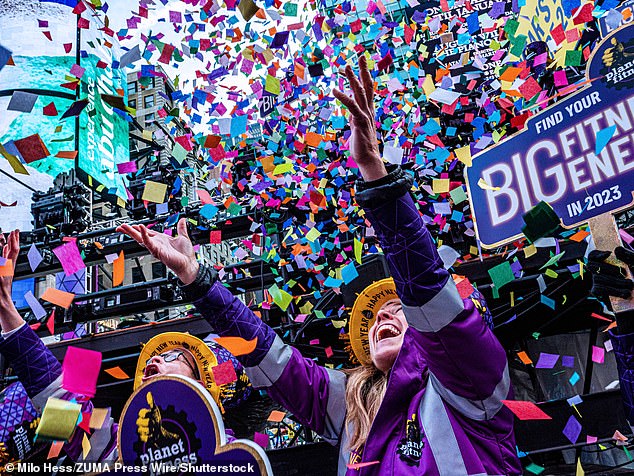 ‘New York is becoming that attractive place, not only for our international tourists, but for our domestic tourists,’ he said.

However, both Adams and Police Commissioner Keechant Sewell encouraged both tourists and locals to be aware of their surroundings as the NYPD and other agencies can’t have an eye on everyone at all times.

‘I always ask the members of the public to always remain vigilant,’ Sewell said at the press conference. ‘At this time, there are no specific, credible threats to New York City or any of our events surrounding New Year’s Eve. 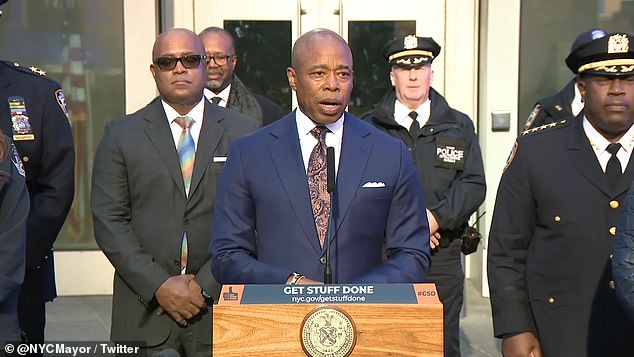 ‘If anyone sees something that does not look right or make you feel right uncomfortable tell a police officer, call 911, or contact our counter terrorism hotline.’

Sewell went onto the say the city’s New Year’s Eve celebration is the ‘most well policed, best protected event in the entire world.’

New York City has been majorly criticized this year for its rising crime rate, which is up 22 percent compared to the same time last year.

In the Big Apple for New Year’s Eve? Here your survival guide:

Ready to ditch 2022 in favor of a New Year? Are you in New York City to celebrate? Here’s your quick reference guide to the biggest ball drop of the year.

Everybody will be ‘heavily screened’ to gain access to the viewing area, according to Assistant Chief James McCarthy of the Manhattan South Precinct.

‘Everybody will be wanded [sic] before they come in,’ he said at a press conference.

Celebrators will also not be allowed to have these items:

There are no public restrooms in the viewing area.