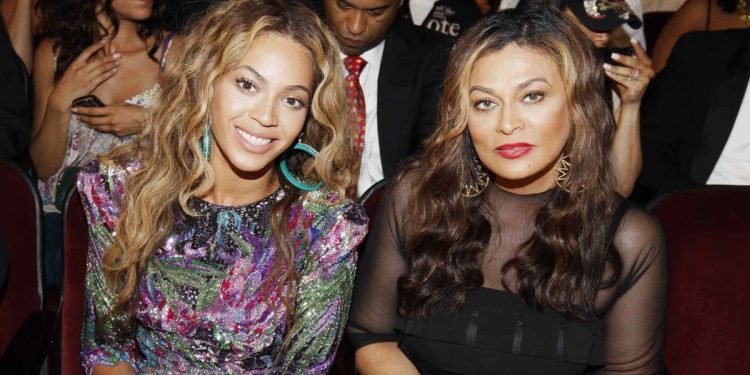 
Tina Knowles-Lawson recently opened up about the struggles Beyoncé and Solange have faced as Black women in the music industry.

In an interview with Insider last week, the native Texan said she has “absolutely” seen racial bias affect her daughters’ careers.

Knowles-Lawson said she’s had to deal with similar skepticism as a businesswoman and philanthropist.

“I know without a doubt that they would not say that to a white counterpart, but it’s something we’ve always had to deal with,” she added.

Knowles-Lawson is the executive producer of “Profiled: The Black Man,” a new four-part docuseries that premiered on Saturday. The show is dedicated to debunking stereotypes and telling positive stories about the Black community.

The first episode, titled “Black Men Are Dangerous,” focuses on the media’s harmful portrayals of Black men in particular — but after raising two daughters in the public eye, Knowles-Lawson has seen how this phenomenon transcends gender and status.

“It affects every area across the board. It doesn’t matter what profession you’re in, the stereotypes follow us, unfortunately,” she said. “And hopefully we can make a little tiny dent in that and change perception.”

Knowles-Lawson got involved in the project when Trell Thomas, her friend and co-executive producer, confided his frustration about the portrayals of Black men in film and TV.

“He really was looking for content that he could feel really good about — something that would make him feel good as a Black man,” she told Insider. “And I said, ‘If you don’t see it, then you should create it.’ And he did.”

For his part, Thomas said the project was “born out of a need more than anything.”

“You don’t have to look far to find many negative stereotypes about Black men, and honestly, I was just tired of seeing it,” he told Insider.

“We created this to humanize a race of people who don’t often get that luxury,” he continued. “And I’m so grateful that I have a mentor, a mom away from mom, and a friend like Mrs. Tina who really came to the table and inspired me to actually go through with the process.”

The second episode of “Profiled: The Black Man” will air on Saturday, February 19 on Discovery+ and OWN: Oprah Winfrey Network.

How to Invest in Real Estate Before Turning 21

How to Invest in Real Estate Before Turning 21