Tired of waiting for driverless vehicles? Head to a farm 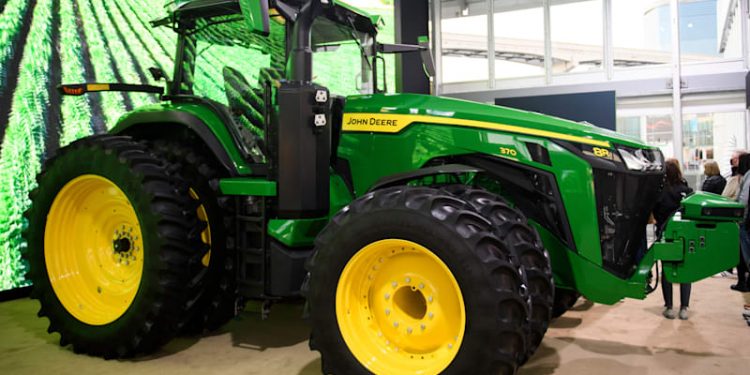 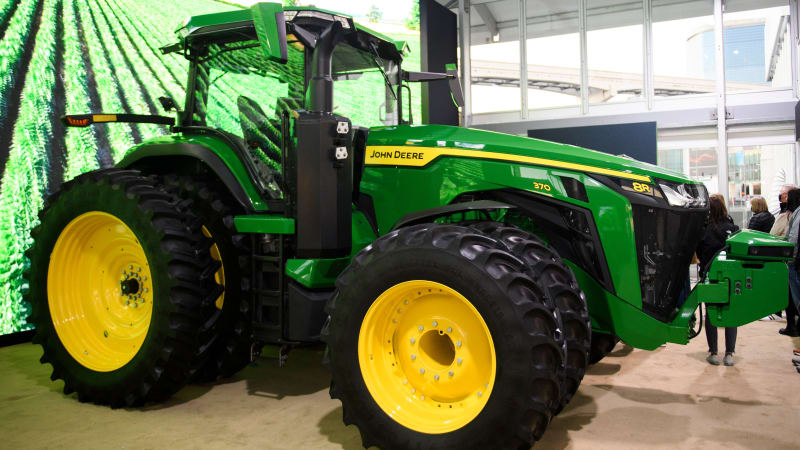 DES MOINES, Iowa — For years Americans have been told autonomous technology was improving and that driverless vehicles were just around the corner.

Finally they’re here, but to catch a glimpse of them, you’ll need to go to a farm rather than look along city streets.

Beginning this fall, green 14-ton tractors that can plow day or night with no one sitting in the cab, or even watching nearby, will come off the John Deere factory assembly line in Waterloo, Iowa, harkening the age of autonomous farming.

The development follows more than a decade-long effort by the world’s largest farm equipment manufacturer, and marks a milestone for automation advocates, who for years have been explaining why driverless cars aren’t quite ready for prime time.

“I’m glad to see they’re coming out and will stimulate the other technologies,” said Raj Rajkumar, a professor at Carnegie Mellon University and an expert in autonomous cars.

For the past decade, the supposedly imminent debut of autonomous vehicles on city streets and freeways has been repeatedly pushed off as companies struggled to guarantee their safety.

But, Rajkumar notes, tractors have it easier because they don’t need to contend with other vehicles, pedestrians or the complexities of an urban scene. Tractors can make use of consistent GPS data, unlike cars that can lose contact traveling through tunnels or amid tall buildings.

Or as Joel Dawson, a Deere production director, put it, “You aren’t going to see a crosswalk in most cornfields in Iowa or Nebraska.”

Modern tractors already have GPS guides that handle steering and turning to ensure optimum tilling, seeding and harvesting. They also use real-time streams of data to make changes if needed because of soil conditions, the amount of fertilizer applied or other factors.

The autonomous tractor will now let farmers hook up an implement behind a tractor, start the machine with a swipe of a smart phone and then leave it to rumble up and down a field on its own.

The driverless tractors are equipped with six pairs of cameras that work like human eyes and can provide a 360-degree image. When filtered through computer algorithms, the tractor is able to determine where it is in the field and will abruptly stop if there is anything unfamiliar in its path.

Farmers often grow crops on different parcels of land that are miles apart, so while the tractor toils in one field a farmer can work at another, drive into town for supplies or spend time with their families at home. Given that less than 2% of Americans work on farms and rural populations have dwindled for decades, the autonomous tractors also are expected to help with chronic labor shortages.

The shift to ever-more sophisticated tractors is part of a movement that emphasizes planting, fertilizing and harvesting during narrow windows of time when conditions are perfect. If new technology can help farmers complete a job when soil and air temperatures are just right ahead of approaching wet weather, for example, it can mean more plentiful crops months later.

“If I don’t get this field tilled today and it rains tonight, that could mean we don’t get the field planted for another week and that has real cost implications in a lot of operations,” said Ryan Berman, who works on agricultural technology issues at Iowa State University. “If you can move an extra 80 or 100 acres into that optimal window, that can be worth thousands of dollars every year, probably tens of thousands.

Still, the tractor won’t be for everyone.

Ed Anderson, director of research for the Iowa Soybean Association, cited the substantial cost, and noted that some farmers prefer hands-on work rather than overseeing operations via a smartphone.

Another industry giant, CNH Industrial, also is developing autonomous capabilities for its Case and New Holland tractors, and other companies are exploring using numerous smaller autonomous machines to handle other farm work.