Defending champion Fields, 28, needed medical attention after the scary incident in the third heat of the semi-final of the competition at the Tokyo games.

Texas-born Fields, who was a favourite for the gold medal, had already qualified for the final after the two earlier heats.

Three bikes crashed on the first turn of the final semi-final run, and Fields received treatment before being taken to an ambulance, according to Olympics.com.

Fields landed hard of a jump and lay on the ground, with his Team USA jersey ripped as medics ran to treat him.

The semi-final round of the competition had been delayed for 45 minutes because of rain.

The men’s final was set to go ahead without Fields and have a field of just seven riders.

He became the first American BMX rider to win a gold medal in the event at Rio 2016.

Fields made his Olympic debut at the 2012 London Games, where he finished seventh in the event.

The incident was then followed by another crash in the third run of the women’s semi-final.

Australia’s Saya Sakakibara was leading the race when she crashed and had to also be stretchered off. A GYM girl has shared... 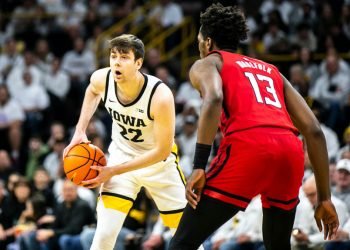