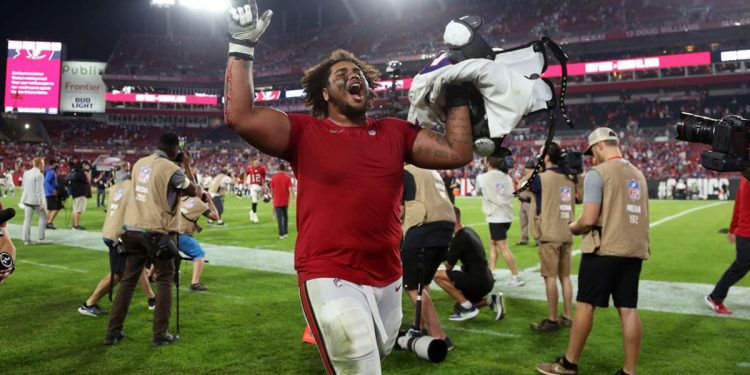 What does a one gotta do to get Tom Brady’s number?

That was the question on everyone’s mind when Buccaneers lineman Tristan Wirfs admitted in a press conference on Tuesday that he did not have the veteran quarterbacks phone number. The 23-year-old was drafted 13th overall in the 2020 draft by Tampa Bay and spent two years on the field with Brady.

Well, more than two years may have been long enough. The 44-year-old tweeted a few hours later that he reached out to Wirfs, referencing a popular joke about robocallers calling people about their car’s extended warranty.

“Tristan,” the text Tom Brady tweeted said. “We’ve been trying to reach you about your cars extended warranty.”

He followed up the initial text with another that said, “Just kidding, your car is fine…it’s your favorite Qb,” adding a rolling-on-the-floor-laughing face emoji.

Now with Brady out of retirement, the pair may not be able to participate in fun iPhone games like eight-ball, but maybe they can continue pranking each other with annoying chain-messages and more rolling-on-the-floor-laughing emojis.