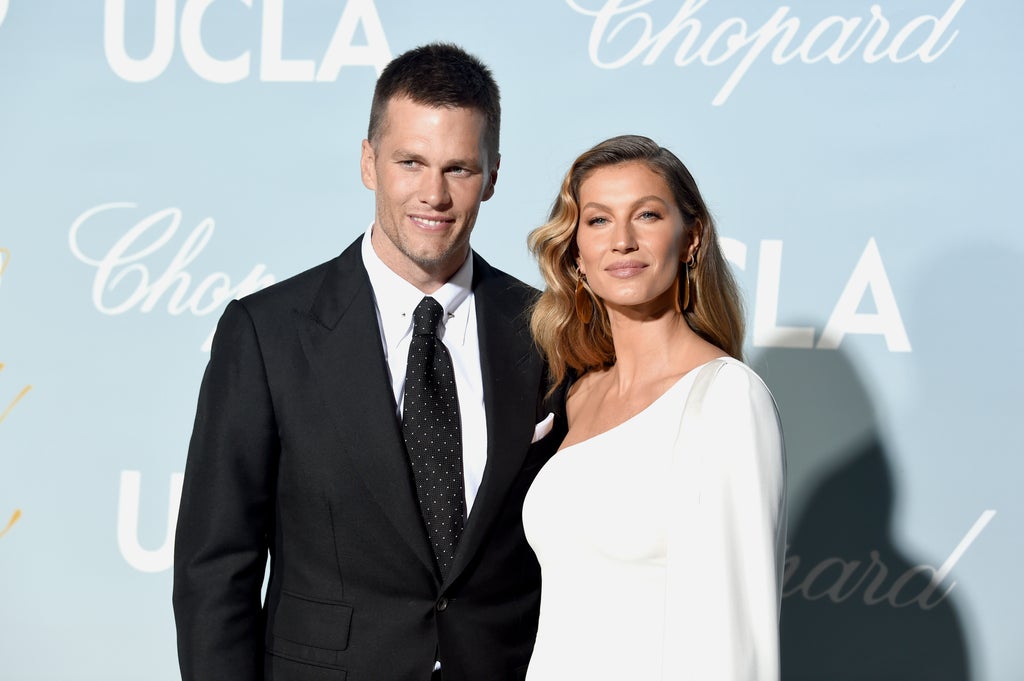 Tom Brady has spoken candidly about the way his career has impacted his family, and the challenges that they have had to overcome as a result.

The Tampa Bay Buccaneers quarterback, 44, discussed the realities of his family life and the sacrifices made by his wife Gisele Bündchen during an episode of his SiriusXM podcast Let’s Go! With Tom Brady, Larry Fitzgerald and Jim Gray, where he revealed that the couple are now facing a “very difficult issue”.

According to Brady, although Bündchen – formerly the highest-paid model in the world – retired from the runway in 2015, there are still “things that she wants to accomplish”, which has been difficult as she has been the one raising their family while he has focused on football.

“I think my wife has, you know, held down the house for a long time now,” the seven-time Super Bowl winner explained. “And I think there’s things that she wants to accomplish. You know, she hasn’t worked as much in the last 10, 12 years just raising our family and kind of committing to being in a life in Boston and then moving to Florida.

“But that’s an issue, and it’s a very difficult issue to reconcile without just saying: ‘Hey, it’s time to retire.’”

The NFL star, who shares daughter Vivian, eight, and son Benjamin, 11, with the supermodel, and who is also father to son Jack, 14, from a previous relationship, also noted that he doesn’t “want to miss any of the kids’ stuff”.

However, according to Brady, he is fortunate that his career as a professional athlete allows him a lot of time during the off season to spend with his family.

“I get a lot of time off, actually,” Brady said. “Football players, we get a good healthy off-season. And I try to do my best with the kids. Although I wish I was there more, but I think if I was there too much, you know, they might be sick and tired of me screwing up everything that’s been going on in the house for a long time too.”

This is not the first time that Brady has opened up about the family challenges that occasionally arise as a result of his career, as he previously told Howard Stern that Bündchen wasn’t “satisfied” in their relationship a few years ago because she felt that she was taking on all of the responsibilities of their household. At the time, Brady also revealed that the supermodel felt he wasn’t doing his part for the family.

“She felt like I would play football all season and she would take care of the house, and then all of a sudden when the season would end I’d be like: ‘Great, let me get into all my other business activities, let me get into my football training.’ And she’s sitting there going: ‘When are you going to do things for the house? When are you going to take the kids to school and do that?’” he told Stern.

In a recent episode of his podcast, the football star also noted that his wife of 12 years “handles a lot of the responsibilities of the house during football season,” while he tries to “balance it out a little more in the off-season”.

“Although a lot of times, I still don’t think I do a great job with that,” he added.

Despite his acknowledgement that his wife handles their household better, Brady, who is the oldest active NFL player, previously told Amazon Prime Video that when he does retire, it won’t be because of his inability to continue playing but rather because of his family.

“My physical body won’t be the problem,” he said, after claiming he could play until he was 55. “I think it’ll just be, I’m just missing too much of life with my family.”

Brady and Bündchen began dating in December 2006 before becoming engaged in January 2009. They married a month later, on 26 February 2009.