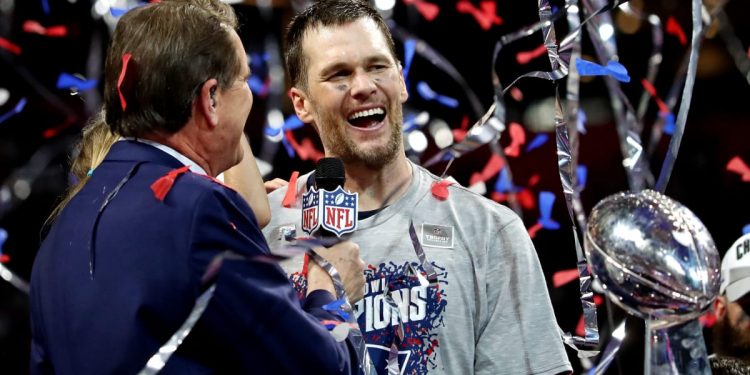 Tom Brady’s retirement announcement Tuesday drew attention for its complete lack of acknowledgement of the Patriots, the team with which he won his first six Super Bowls over a 20-year span.

On Thursday morning, Brady released a one-minute video recapping his incredible career. It features a voiceover from his win over the Patriots with the Buccaneers during the 2021 season, though it does not lack for highlights from his time in New England. The video opens with the franchise’s first Super Bowl win at the end of the 2001 season, and more than half of the video is made up of Patriots-era Brady moments.

In terms of content, it’s a significant pivot from the announcement, which focused completely on his two years with the Buccaneers, without a mention of the Patriots.

After New England owner Robert Kraft shared a statement celebrating Brady’s career, the former quarterback shared it on social media, thanking the team and its fans.

The situation led to conflicting reports about Kraft’s reaction, with former Pats linebacker Ted Johnson stating that Kraft was “very upset” at Brady’s decision to completely omit the team from his first statement. WEEI’s Greg Hill said that Kraft did not have a “tantrum,” and that the relationship between he and Brady remains strong.

In any event, Brady made sure not to ignore the team with which he’ll forever be most closely linked in this latest retrospective.