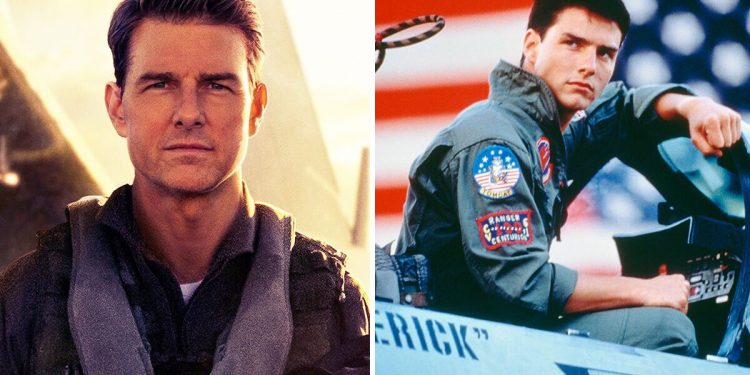 
WARNING: SPOILERS AHEAD FOR TOP GUN MAVERICK. It’s been 36 years since Top Gun hit cinemas and Tom Cruise’s long-awaited sequel is every bit as epic, if not better than its predecessor, as confirmed by a swathe of glowing 5 star reviews. There’s been much talk of members of the original cast being invited back to reprise their roles and those who haven’t, but in the end there were some unforeseen inclusions after all.

Firstly, after begging Cruise to be included, Val Kilmer is back as Iceman in an announced cameo that sees his character as a four star Admiral.

Although a former rival of Maverick’s in the original Top Gun, he’s since been instrumental in keeping the insubordinate Captain in the US Navy.

Kilmer, who lost his ability to speak following a battle with throat cancer, had his voice re-created with AI technology for his few words with the fighter pilot that weren’t typed on his computer.

Before the main mission in Top Gun: Maverick, Iceman passes away and Cruise’s Pete Mitchell plays a significant role at his military funeral.

Kilmer may have returned, but there was some controversy after Kelly McGillis wasn’t invited back,

She played Maverick’s love interest Charlie in the original film and said she was too old and fat now to have returned as the character.

Additionally, Goose’s wife Carole, played by Meg Ryan, wasn’t set to be included despite their son Rooster being played by Miles Teller. Nevertheless, the two do in fact appear briefly during one short scene.

During the original Top Gun, Penny Benjamin is mentioned when Maverick and Goose are chewed out by Stinger.

The latter had indicated that Cruise’s Pete had been previously disciplined for “a history of high-speed passes over five air control towers and one admiral’s daughter!”

After this, Goose whispers Penny’s name to his fellow fighter pilot as a little reminder. Additionally, Ryan’s Carole says to Maverick at one point: “[Goose] told me all about the time you went ballistic with Penny Benjamin.”

Top Gun: Maverick is out now in UK cinemas.