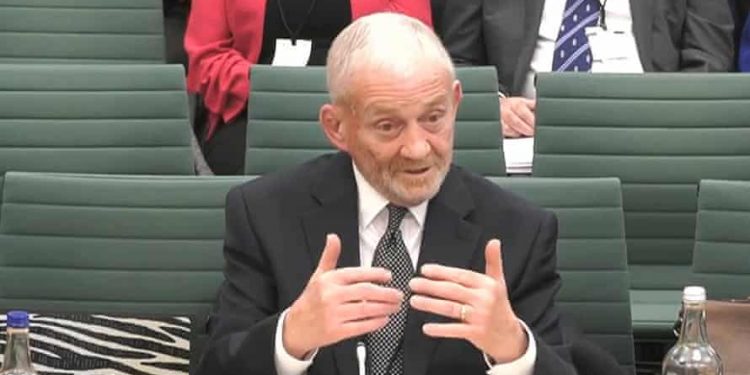 
And it all started so well. The England and Wales Cricket Board’s chief executive, Tom Harrison, began his appearance in front of the DCMS select committee with earnest thanks, to the MPs for the opportunity, and to Azeem Rafiq for his testimony, then eased into a well-rehearsed spiel about everything the ECB has been doing.

He spoke about Inspiring Generations, the South-Asian Action Plan, the transformed women and girls pathway, his 12-point plan, £25m of new investment, how he had matched funding with broadcast partners, built a burgeoning link with Kick It Out, launched a new anti-discrimination unit, a dressing-room culture review, a game-wide census, and sweeping governance reform.

Harrison has a dashboard, a set of KPIs, and five different pillars. “On the talent pathways we want to get at least 30% of young boys and girls from ethnically diverse backgrounds,” Harrison said. “Among boys, in 2018, it was 11%, and now, thanks to our South-Asian Action Plan, it has moved to 28% …”

And this was where the committee chair, Julian Knight, interrupted. “28%?” Knight asked, “but your target is 30%?” Harrison hummed. Knight continued. “To be clear, you’ve not just set yourself a target you’ve already reached?” Harrison hawed. Knight continued. “Your target is 30% by the end of this year, and you’re at 28% at the start of the year?” He did some quick sums. “You’ve done 17% in three years, that’s five-and-half per cent a year, you should really be at 35% shouldn’t you?”

Knight wasn’t drilling down into Harrison’s plan here, he was only picking at it with his fingernail, and it was starting to crumble. “What we aim to do is to make sure we have a flood of talent coming through,” Harrison explained, the 30% target was going to be country-wide, right across the game by the end of the year, and maybe even through to the England dressing rooms, he said, by 2025 now. “We want to report on over-delivery against those KPIs and not an under-delivery.”

Yes, Knight agreed, “because you’ve set yourself such a low target. Our dispute would be that these are targets that you are set up to achieve.” Harrison tried to pick himself up and pull himself together. “That’s the best stat I have to give you,” he said, “but I also want to mention that we have 2,000 South Asian female activators.”

Female activators? There might be a good answer to all this, but Harrison didn’t manage to get it out.

Knight likes cricket. He has played the club game all his adult life, opened the batting for the Lords and Commons team, and even wrote a book on it, Cricket For Dummies, before he became an MP. My guess is he understands the frustration so many English cricket fans feel towards the ECB because he shares it himself. You could hear it in his tone, which was impatient, and almost scornful, as if, after a lifetime following the game, he’s had about as much as he can stomach of the board’s executive bullshit. Harrison sometimes seems taken aback by this hostility. He shouldn’t be, it’s exactly how a lot of people who love the game feel.

After the year English cricket has had, how on earth is he still in his job?

It’s hard to listen to the hearings without feeling like we’ve already heard enough from most of the people doing the talking, Harrison, ECB chair Barry O’Brien, Hampshire chair Rod Bransgrove, Middlesex chair Mike O’Farrell, members of an executive class who are desperately unrepresentative of the sport and, in many cases, hopelessly ill-equipped to tackle the problems it is facing.

It’s often said that the biggest obstacle to the “sweeping governance reform” Harrison mentioned is that it would require the turkeys to vote for Christmas. Listening to O’Farrell felt like listening to the bird try to explain how to turn on the oven.

Presumably O’Farrell could talk eloquently about the problems facing Kodak, where he spent 36 years of his career, or the British Acupuncture Council, which he used to run, or the church in Great Missenden, where he works as a warden, but it felt like an act of satire to put him up in front of a parliamentary committee as the man who’s going to explain how to fix structural racism in the grassroots of English cricket.

He spoke proudly of the blind-hiring process Yorkshire used to find their new coach, Ottis Gibson. Through that blind process, Patel said: “We’ve gone from people who have been in the club a long, long time who were reasonable, to having one of the best coaches in the world as head coach.” Imagine what the sport would look like if it picked its chief executives and chairs in the same way.