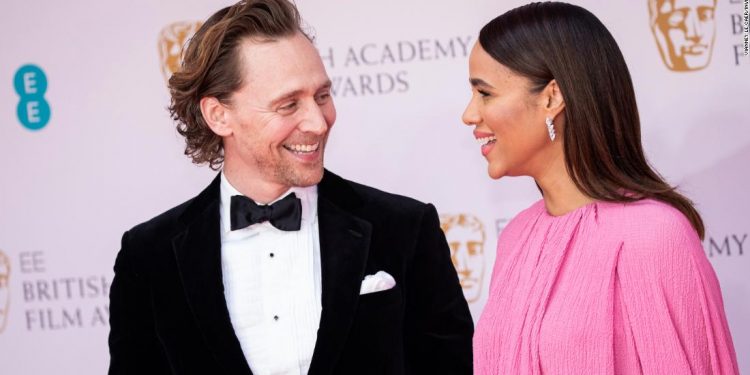 
CNN confirmed Friday that the British couple are preparing to walk down the aisle, after they sparked engagement rumors following their appearance at the the 2022 British Academy Film Awards (BAFTAs) on Sunday.

Hiddleston looked dapper in a black tuxedo and Ashton accessorized her draped blush pink gown with an oval diamond ring on her wedding finger.

The engagement news comes three years after Hiddleston and Ashton starred opposite each other in the 2019 Broadway revival of Harold Pinter’s play “Betrayal,” in which they played a married couple.

In addition to her stage work, Ashton’s acting credits include the films “Velvet Buzzsaw” and “Nocturnal Animals.” She will star in the upcoming “Captain Marvel” sequel “The Marvels,” set to premiere next year.

Hiddleston, who famously dated pop superstar Taylor Swift, previously revealed that he prefers to keep his romantic relationships separate from his life as a public figure, telling Britain’s Telegraph newspaper in 2017: “Everyone is entitled to a private life.”

He added at the time: “I love what I do, and I dedicate myself with absolute commitment to making great art and great entertainment, and in my mind I don’t conflict the two. My work is in the public sphere and I have a private life. And those two things are separate.”