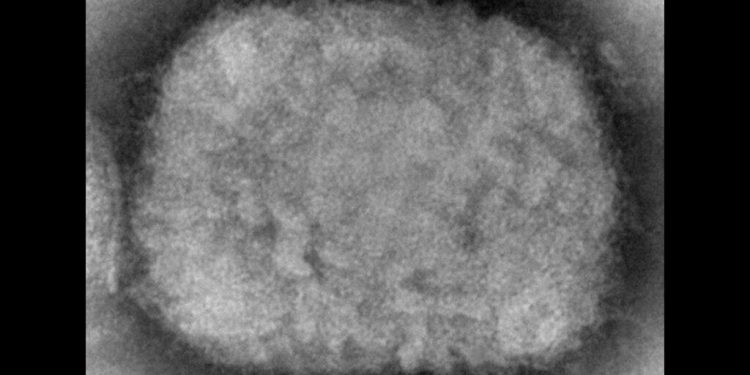 Health Ministry officials convened Saturday evening after an Israeli man who recently returned from a trip to Western Europe was confirmed to be infected with monkeypox.

The Israel Center for Disease Control committee members were asked to attend the urgent meeting after Israel reported its first suspected case on Friday.

During the meeting, the Health Ministry said the 30-year-old man hospitalized at the Ichilov Hospital in Tel Aviv was confirmed to be infected with monkeypox.

The ministry said he remained in good condition and was being isolated and monitored.

The Health Ministry urged people who recently returned from abroad and are experiencing symptoms to contact their doctor. The ministry also said it is “examining equipping itself with vaccines and relevant medications,” as well as gearing up for further diagnoses.

Top European health officials warned Friday that cases could accelerate in the coming months, as the virus has spread to at least eight European countries.

World Health Organization regional director for Europe Hans Kluge said that “as we enter the summer season… with mass gatherings, festivals and parties, I am concerned that transmission could accelerate.”

The virus, which causes distinctive pustules but is rarely fatal, has previously been seen in Central and West Africa. 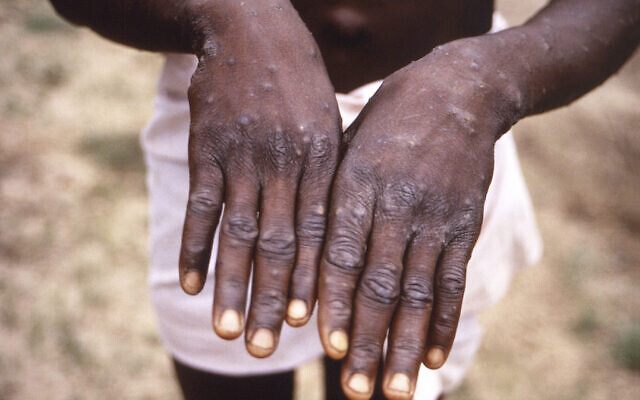 This 1997 image provided by the CDC during an investigation into an outbreak of monkeypox, which took place in the Democratic Republic of the Congo (DRC), formerly Zaire, and depicts the dorsal surfaces of the hands of a monkeypox case patient, who was displaying the appearance of the characteristic rash during its recuperative stage. (CDC via AP)

But over recent weeks cases have been detected in European countries including Portugal and Sweden as well as the United States, Canada and Australia, Kluge said, calling the spread “atypical.”

“All but one of the recent cases have no relevant travel history to areas where monkeypox is endemic,” he added.

The health official warned that transmission could be boosted by the fact that “the cases currently being detected are among those engaging in sexual activity,” and many do not recognize the symptoms.

Most initial cases have been among men who have sex with men and sought treatment at sexual health clinics, Kluge said, adding “this suggests that transmission may have been ongoing for some time.”

The World Health Organization has said it is investigating the fact that many cases reported were people identifying as gay, bisexual or men who have sex with men.

The official’s statement came as France, Belgium and Germany reported their first cases of monkeypox and Italy confirmed it now had three linked cases of the disease.

Monkeypox usually clears up after two to four weeks, according to the WHO.

We’re really pleased that you’ve read X Times of Israel articles in the past month.

That’s why we started the Times of Israel ten years ago – to provide discerning readers like you with must-read coverage of Israel and the Jewish world.

So now we have a request. Unlike other news outlets, we haven’t put up a paywall. But as the journalism we do is costly, we invite readers for whom The Times of Israel has become important to help support our work by joining The Times of Israel Community.

For as little as $6 a month you can help support our quality journalism while enjoying The Times of Israel AD-FREE, as well as accessing exclusive content available only to Times of Israel Community members.

Thank you,
David Horovitz, Founding Editor of The Times of Israel