The text message conversation between the Prime Minister and the vacuum manufacturer, leaked to the BBC, shows that Dyson asked for help with tax arrangements in order to make the ventilators.

Johnson has said he makes “absolutely no apology” for responding to Dyson saying he would “fix it” for the company.

Iain Duncan Smith has raised serious concerns over security in Downing Street and about how this text conversation, sent from the Prime Minister’s mobile phone, has emerged into public domain.

Meanwhile the SNP’s leader in Westminster Ian Blackford said there should be an inquiry into how approaches are made to senior politicians, describing a current “text for contracts” scandal, and that the matter is extremely serious.

Duncan Smith today suggested that a hostile state actor such as China or Russia could have been behind the breach by accessing either the PM or Dyson’s phones, and that the case should be immediately referred to the National Security Adviser, Sir Stephen Lovegrove.

“This begs the question, what is happening to government security?,” Duncan Smith said.

“There definitely now needs to be a proper review of ministerial use of private communication systems. People don’t take it seriously.”

Duncan Smith is demanding “an immediate, urgent review” of security for communications of all government ministers.

“There does need to be a very serious rethink about the nature of how people can be contacted within government,” he added.

Duncan Smith believed it was now imperative to work out whether the PM’s texts were on a government or personal phone, and whether the conversation was iPhone to iPhone and therefore encrypted, and if the communication happened over a 4G network.

“If it wasn’t iPhone to iPhone, that should ring alarm bells about government communications,” he said.

Ex-government sources have also suggested that discussions relating to ventilators and Dyson may have been relayed to private staff, but for the exact wording of the messages to be revealed was unusual.

One source said there were plenty of disgruntled staff in the civil service at the moment who might wish to leak this type of information. 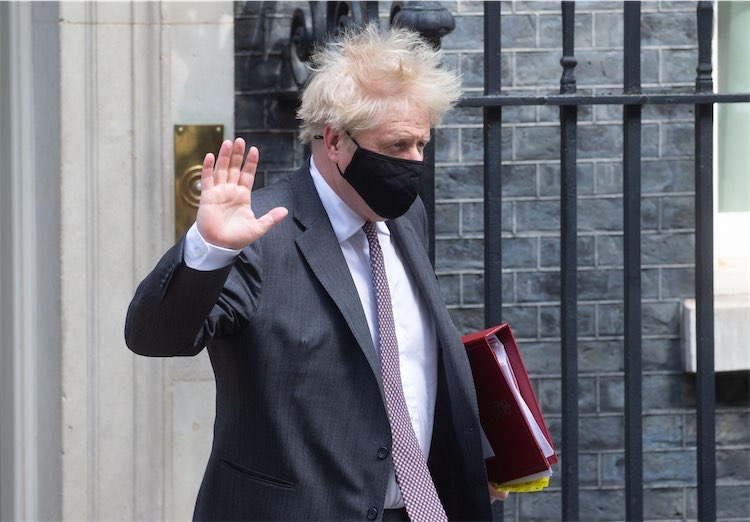 They did not believe that the former PM’s director of communications Lee Cain, or former senior adviser Dominic Cummings would have had access to the text exchange, specifically not in that format.

Duncan Smith thought this leak was likely to be designed to embarass the Prime Minister, and not Dyson, even if the information had been retrieved from his phone.

“If you wish to destabilise a government you need to make them embarassed,” he continued.

“If there’s cries of sleaze going up, then what better than for another sleaze story to go in.”

Peter Cardwell, who was a special adviser to four Cabinet ministers, said that while leaks from within government were common, it was highly unusual for something like the Prime Minister’s personal text messages to get out, something that would be of great concern to the civil servce and security services.

“It is very important the source of this leak is established very quickly,” he said.

The Tory MP Kevin Hollinrake told PoliticsHome that he was “very concerned” by the leaked messages. “Particularly when they seem to seek to undermine the PM, who was clearly simply trying to save lives by pulling all the stops out to deal with a crisis of wartime dimensions,” he said.

Downing Street said the incident had not been referred to the National Security Advisor, and an investigation into the leak had not been launched.

The Prime Minister’s official spokesperson said he “abides by the ministerial code”, and he informed officials about his contacted with Dyson “in a timely manner”.

The SNP’s leader in Westminster, Blackford, said: “The Prime Minister is at the very heart of this scandal. He had all the time in the world to fix contracts for a cosy club of friends and Tory donors but didn’t have any time to support the millions of self-employed. Those three million people didn’t have a David Cameron or a James Dyson to text the Prime Minister for them. They were on their own and they were left behind.”

He said Johnson should commit to a “public and comprehensive inquiry into himself and his own government.”