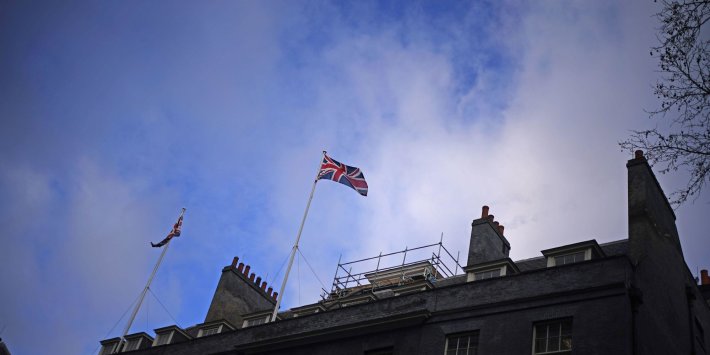 Conservative MPs and insiders have expressed frustration over weeks of “drama” that has inflamed a civil war in their party and “brought out the worst” in parliamentarians amid a cost-of-living crisis.

Late last week Boris Johnson’s allies believed they had assuaged dissent in their ranks, but a new trickle of no confidence letters from respected MPs and five resignations from top Downing Street aides has once again plunged the party back into deep crisis mode.

MPs and insiders from a range of wings in the Conservative Party told PoliticsHome they are “mentally exhausted” and disturbed by the ongoing fallout from ‘partygate’ after what has been a torrid time in Westminster.

“The last few weeks I’ve hated because it’s felt like a distraction,” Alicia Kearns, the MP for Rutland and Melton said, in an interview for The House that will be published in full this month.

“It’s brought out the worst in some MPs in terms of loving the drama and the theatre, and the shouting and the jeering.

“It’s an anathema to the politics I want to do.”

Kearns was drawn into the Tory civil war after reports surfaced that a meeting took place in her office, where ‘red wall’ MPs elected in 2019 allegedly plotted to oust the Prime Minister.

The meeting was dubbed the ‘pork pie plot’ – an ode to the Melton Mowbray pork pie named for her constituency. Kearns has repeatedly denied leading any sort of coup against the Prime Minister.

The foreign affairs committee member has also kept quiet about the fact that she shares an office with Ashfield MP Lee Anderson, who managed to avoid being labelled a rebel ringleader despite being no more or less involved in the so-called pork pie plot than Kearns was.

The most wounding of this week’s five resignations is Director of policy Munira Mirza, a long-time Johnson ally who explicitly cited Johnson’s failure to apologise for falsely claiming Keir Starmer failed to prosecute child sex-abuser Jimmy Savile as her reason for quitting.

“Most people accept the Prime Minister has to go but loyalty and the uncertainty of what comes next is holding most back,” they added.

“It seems like we’re just left in limbo trying to defend the indefensible until morale is entirely depleted.”

The insider described the mood within the party as “pretty depressing” and said they were “not sure how the Prime Minister going to dig himself out of this”.

Responding to Mirza’s resignation on Thursday, Chancellor Rishi Sunak appeared to break ranks with Johnson by offering a clear condemnation of the Prime Minister’s Savile remarks.

“Being honest, I wouldn’t have said it, and I’m glad the Prime Minister clarified what he meant,” he said.

Sunak, who is considered a frontrunner to succeed Johnson, repeatedly refused to answer whether he believed the Prime Minister should go further with his apology, but described Mirza as a “valued colleague who I very much enjoyed working with”.

A Downing Street spokesperson said on Friday that this week’s resignations were “mutually agreed” with the Prime Minsiter ahead of Mirza’s decision to quit, as part of a promised shake-up in the wake of the parties scandal.

“If anyone doubted the Prime Minister’s ruthlessness then they’ve been proven wrong over the last 24 hours,” a senior Tory insider told PoliticsHome.

“He promised a big shakeup and we’ve got one,” they added.

“Good replacements are now needed for even the slightest chance to get support back on track.

“We’ve seen the distancing of Rishi from the Prime Minister’s Savile comments, so the pressure is on to get it right.”