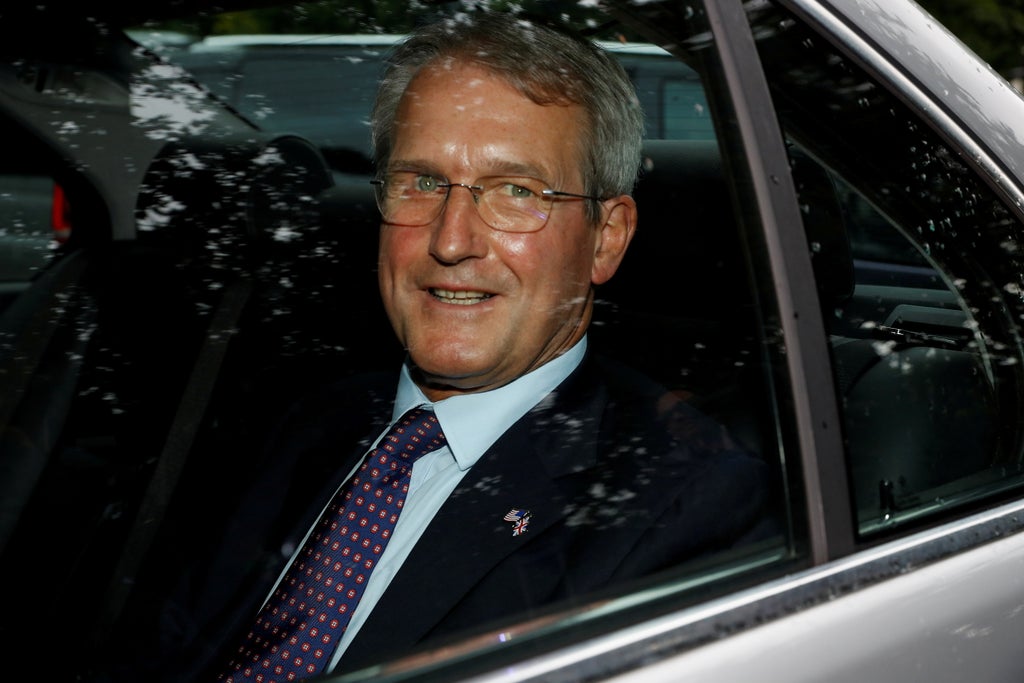 A Tory MP has admitted swearing at Owen Paterson earlier this month at the height of the standards row, saying the incident was fuelled by a mixture of “anger and codeine”.

Christian Wakeford was reported to have called his former Conservative colleague a “c***” during a vote in parliament.

Asked about the incident, the Bury South MP told Times Radio the report of him approaching Mr Paterson was correct, saying: “It’s been a mixture of quite a lot of anger and codeine. I clearly have a broken ankle at the moment, it’s not the best mix.

“But I do think it went to show … the quantum of anger in the party, and that’s still high now.

“But the fact that after all that … marching up to the top of the hill, not once was there gratitude from Owen, not once was there … apologies or repentance. The fact he went out to the press and said ‘I will do exactly the same again’ – I think I’m not the only one who would have wanted to use language of that nature to him.”

Westminster has been engulfed by a sleaze row prompted by the government’s botched attempt to protect Mr Paterson from suspension over his breach of lobbying rules. Mr Paterson subsequently resigned as an MP, but the row has led to intense scrutiny of parliamentarians and their outside work.

Mr Wakeford, whose majority is just 402, told Times Radio that his inbox suggested there was a level of public anger at the saga. He added that even though the language in the row over standards had been toned down, the sentiment was still there.

“We should never have been in a position of that nature,” he said.

“And whether it was or it wasn’t, it felt like we were trying to get him off the hook when actually he was bang to rights in the report, so that didn’t sit comfortably with a lot of colleagues.”

We need a vaccine against confusion and stupidity

Lockdowns affected our relationship with alcohol. Here’s what comes next

Lockdowns affected our relationship with alcohol. Here's what comes next