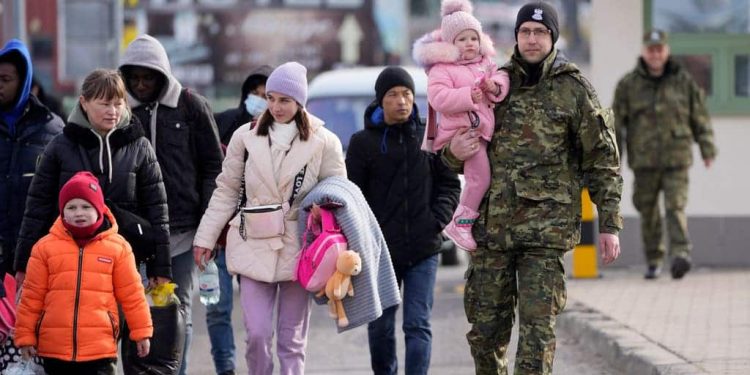 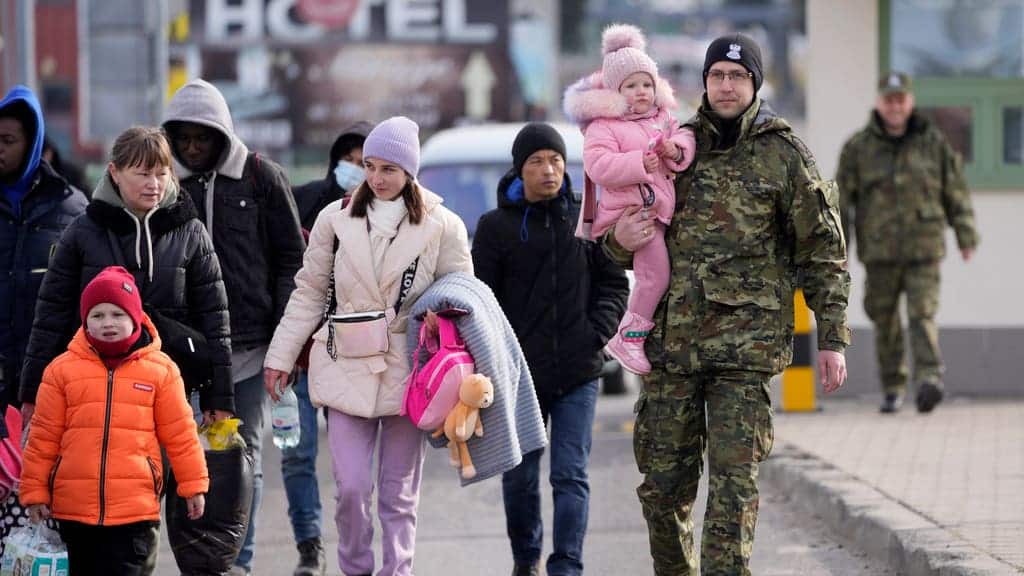 A Conservative MP has praised Priti Patel for refusing to offer asylum to all Ukrainians fleeing war in the country, saying the UK has “done our bit in terms of migration from eastern Europe”.

Yesterday the home secretary announced that the government was further relaxing the immigration rules to allow more relatives of Ukrainians in the UK to join their family members.

However, she again stopped short of entirely waiving the existing rules for those trying to escape the Russian bombardment in Ukraine.

Patel said security concerns meant she could not take the risk of Russian troops trying to enter the UK by pretending to be Ukrainian.

“Everybody wants to be humanitarian”

In response to her announcement, Sir Edward Leigh, the MP for Gainsborough, said: “Everybody wants to be humanitarian and she’s under pressure to have a visa-free scheme like the rest of Europe, but may I actually congratulate her on her proportionate response.

“I think we have to remember that, unlike the rest of Europe, we have uniquely liberal labour laws and we speak English, so we are the country of choice for mass immigration.

“And therefore I do urge her to, as well as listen to all the humanitarian voices, to listen to the voices of people in Lincolnshire, who feel we’ve done our bit in terms of migration from eastern Europe. We’re under extreme pressure in terms of housing and jobs.

“I know this is difficult to say, but we have to be honest about this. And therefore may I be a correcting voice on this and congratulate her on her humanitarian but proportionate response and not throwing away the immigration rulebook.”

Former Tory leader William Hague is among those who have called on the Home Office to rip up the exiting visa rules for Ukrainian refugees.

He joined fellow Conservatives George Osborne and Rory Stewart in demanding the UK provide safe haven to all Ukrainians who want it.

Lib Dem MP MP Wendy Chamberlain said: “We are behind other nations on this. Now is not the time to say we have done our bit – pretty outrageous from Sir Edward Leigh.”

Related: Ukrainian journalist breaks down as she addresses PM at press conference