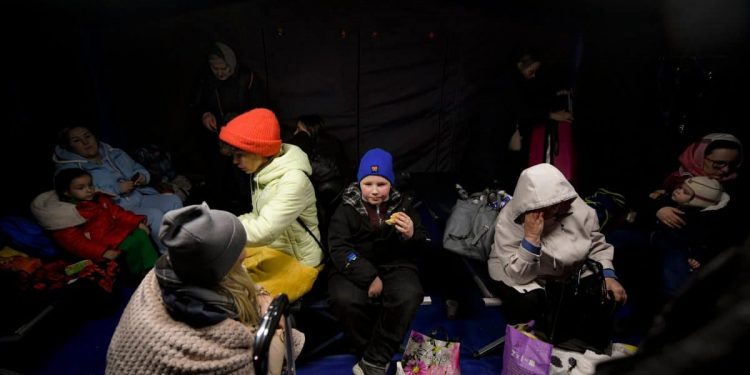 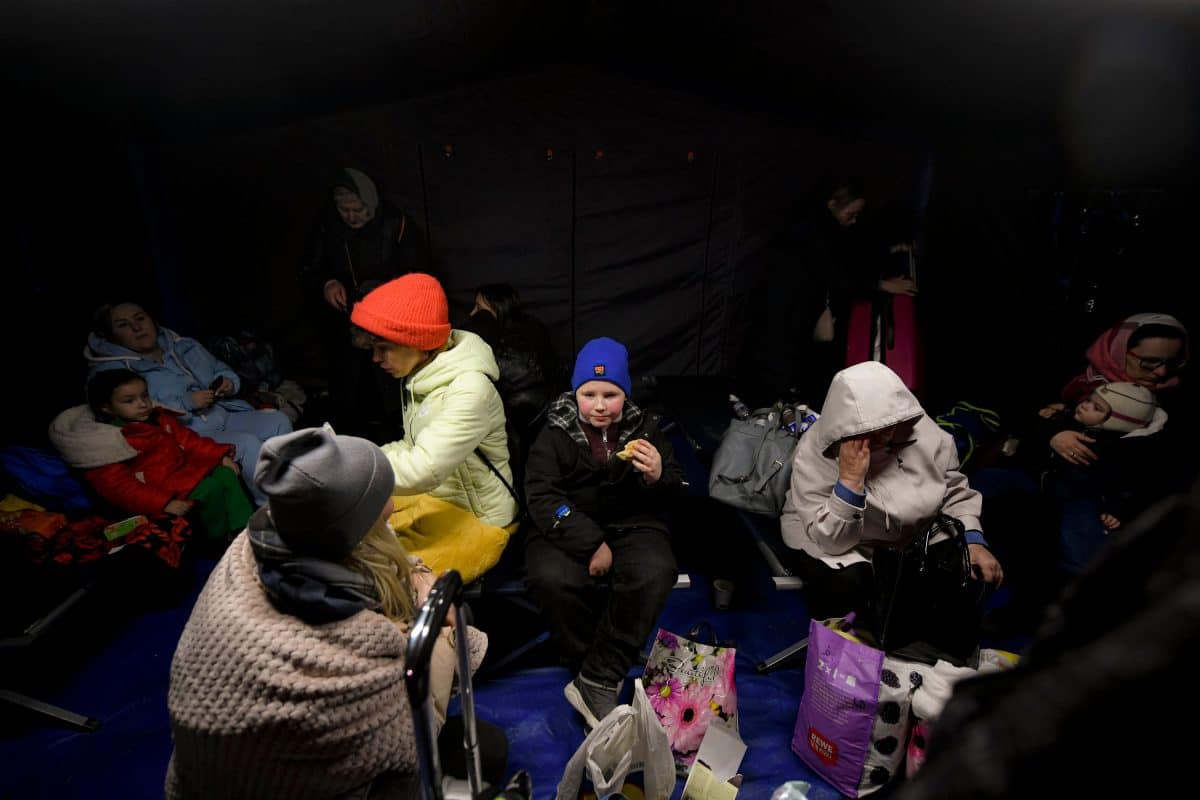 A Tory MP has suggested that Ukrainian refugees fleeing the Russian invasion should apply for seasonal worker schemes in order to get into the UK.

Pollard had voiced concerns that Ukrainians fleeing the conflict still have to apply for a visa to enter the UK – a requirement which other countries, including Ireland, have waived.

He wrote: “I’m looking for a route for people fleeing Ukraine who might not have a family link in the UK. We have a moral obligation to help them. Will you now change policy to do exactly that?”

In a now-deleted response, Foster replied: “As you will be well aware there are a number of routes, not least our seasonal worker scheme you will recall from your Shadow Defra days, which Ukrainians can qualify for, alongside the family route for those with relatives here.”

Foster has since replaced his previous message with the following: “Hi Luke. It’s just one of several routes and we will do more as the PM has made clear.”

The original tweet was roundly criticised, with Labour and Co-op MP for Leeds Alex Sobel saying: “Kevin this is beneath you. I hope you can apologise to the people of Ukraine fleeing for their lives and join the voices calling for the UK to match what our European friends are offering the oppressed masses of Ukraine.”

Nicola Sturgeon, Scotland’s first minister, responded: “I hope we get clarity asap Priti Patel that this is not a Home Office position.

“Migrant seasonal workers make a valued contribution to our economy – but this is not the route to the UK that we should expect those seeking refuge from war to rely on.”

Yvette Cooper, shadow home secretary, said: “My God. People are fleeing war in Europe, the like we haven’t seen in generations, in search of swift sanctuary.

“Yet the immigration minister says the answer is they should put in an application to pick Britain’s fruit & veg.”

Boris Johnson last night said the UK is “of course” going to take refugees and pledged to help people “fleeing in fear of their lives”.

His comments come amid criticism from Labour that the government’s refusal to relax visa restrictions for those seeking sanctuary in the UK was “immoral” at a time when the country was under fire.

But Patel hit back, accusing the opposition of “appalling misinformation” and saying the claims were “simply untrue”.

Elsewhere, Johnson was asked why the UK is not taking in refugees like some other countries, and he told reporters: “Of course we’re going to take refugees. This country’s had a historic and proud role in taking refugees from all conflicts.

“And if you think what we did in Afghanistan, for instance, the UK was way out in front.

“I’m aware that there’s some fake news on the internet about that and I really want to knock that on the head.

“The UK is way out in front in our willingness to help with refugees.

“We’ve sent 1,000 troops to the theatre, to be ready to help with the influx and of course we will help people fleeing in fear of their lives.”

Speaking during a visit to Birmingham, Labour leader Sir Keir Starmer urged ministers to adopt a “humanitarian approach” to people “fleeing for their lives”.

“We must help Ukrainian people looking for safety. The Government has got this one wrong. They are applying the same rules as they had before,” he said.

Related: West cuts Russia out of Swift in bid to ‘stop Putin using his war chest’