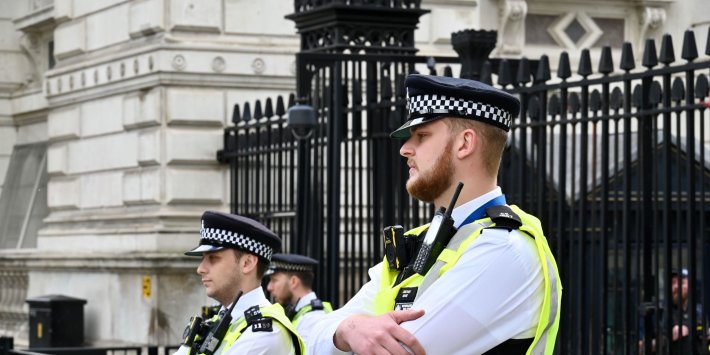 Tory MPs have unleashed fresh frustration at newly released photos from November 2020 which appear to show Boris Johnson drinking indoors with colleagues, despite severe lockdown restrictions being in place.

The images, obtained by ITV newsshow the Prime Minister drinking wine and raising his glass and were reportedly taken at an event on 13 November 2020.

Their publication raises further questions about why Johnson was not fined for the event, and whether he misled MPs by claiming in the House of Commons that no event took place.

A spokesperson for Downing Street confirmed that the photo had been seen by the Metropolitan Police investigation, and reiterated that Johnson had not been fined for the event in question.

One critical Tory MP dismissed the suggestion that Johnson was in the clear because he had not been issued with a Fixed Penalty Notice (FPN).

“I am not sure how the line ‘the Met had the photo and didn’t give him an FPN, and therefore it must be legal’ is viable for any length of time,” they told PoliticsHome.

“Was the Met weak, gullible, incompetent or stupid?”

Following the publication of the photos, the Liberal Democrats have written to the Independent Office for Police Conduct asking them to clarify why the Prime Minister was not issued with an FPN over the event.

“The Metropolitan Police has so far failed to offer any statement of clarification regarding their decision making process,” Daisy Cooper, the party’s deputy, said.

“They have not set out the evidential thresholds which they used to determine whether FPNs should be issued.

“The result of this lack of transparency is that the release of photographs such as that of the Prime Minister drinking in Downing Street, on an occasion for which he was not fined, will likely create considerable public confusion.”

Concerns have also been raised over comments made by Johnson on 8 December 2021, when he denied that an event was held in Downing Street, adding that if any gathering had taken place, “I’m sure the guidance was followed and the rules were followed at all times”.

One backbench Tory MP said it was “hard to square” the Prime Minister’s claims that the event did not happen with the photos.

“It’s clear that the PM has not only misled the house but lied to the country,” the Bury South MP said.

“He’s more bothered about saving his own neck than helping the country through a cost of living crisis now.”

A third Tory MP pointed to a previous quote by former Prime Minister Theresa May, who said in the Commons in January “either [Johnson] had not read the rules, did not understand them, or didn’t think the rules applied to Number 10”.

Another Conservative MP, however, was dismissive of the impact of the photo, which they said didn’t show “anything at all new”, and believed the public was “fed up with the whole story” of partygate and “keen to move on”.

Sue Gray is expected to publish her full report into the events held at Downing Street and Whitehall in the coming days.

Fresh questions have been raised, however, about the report’s integrity after it emerged that Gray and Johnson had held a meeting in recent weeks.

One Conservative party insider said they were concerned that junior civil servants could be “thrown under the bus” in the report to protect more senior politicians and advisers.

Labour has called for Number 10 to “urgently explain” why a meeting took place.

“Boris Johnson must urgently explain why he held a secret meeting with Sue Gray to discuss her report despite claiming her investigation was completely independent,” Deputy Labour leader Angela Rayner said.

“Public confidence in the process is already depleted, and people deserve to know the truth,” she added.

A spokesperson for the Gray inquiry has confirmed the civil servant did not initiate the meeting with Johnson herself and disputed claims the pair discussed the matter of whether photographs should be included in any report.