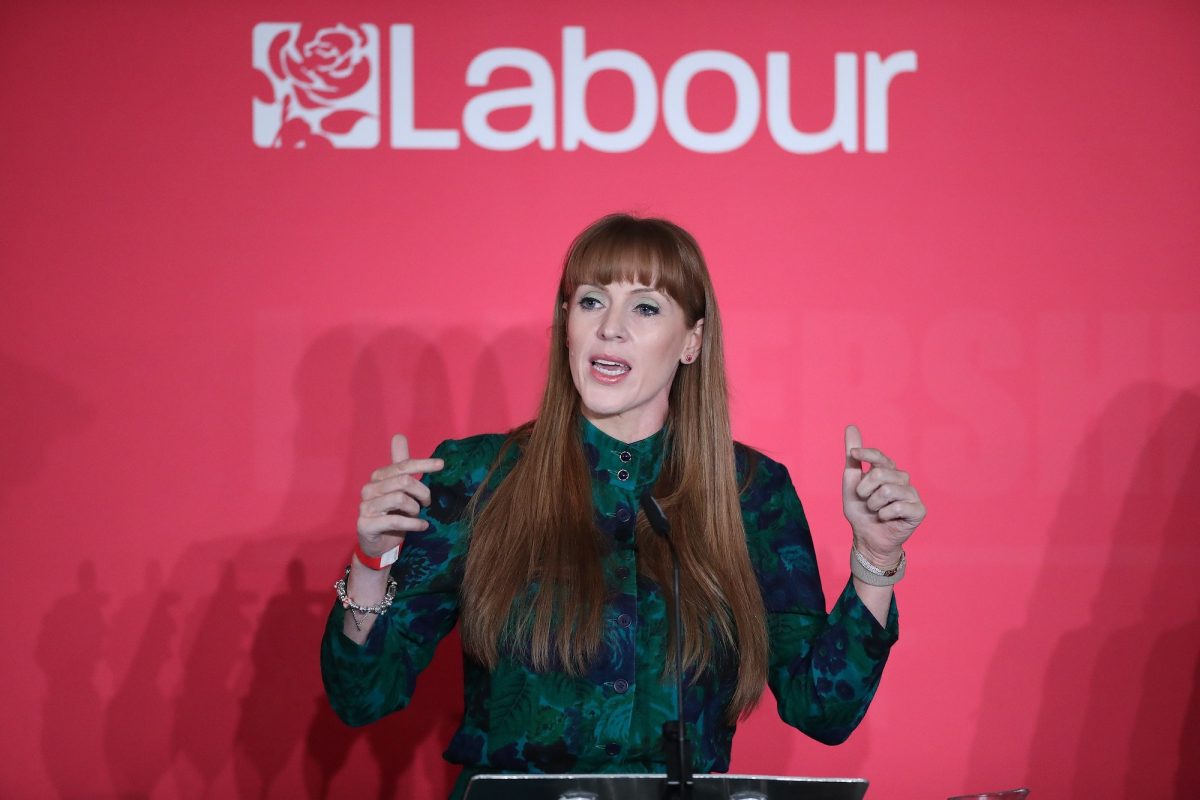 Labour will accuse the prime minister of betraying the North and “robbing Ashton to protect Ashford” after scaling back plans for rail investment and seemingly watering down a manifesto pledge on social care.

Boris Johnson faced fury from MPs last week when it was announced that the eastern leg of HS2 between the Midlands and Leeds would be cut, while a promised Northern Powerhouse Rail link between Leeds and Manchester would run partly on existing tracks.

The government defended the plans, saying they would provide faster journeys and more train capacity.

In a speech at Labour’s North West Conference in Blackpool on Saturday, she will call the plan a “disgraceful sell-out”, and the Northern Powerhouse itself “a lie”.

“We’ve got the jobs of the future right here in the North but our transport links are still stuck in the last century,” she will say.

There was also outrage across the political spectrum last week over the news that a planned cap on social care costs would be less generous than expected.

MPs criticised the change to the £86,000 cap to only include individual payments, and not the contributions of local authorities, because it will cost poorer recipients more in assets than the wealthy.

Downing Street initially declined to say whether the reforms would fulfil a Tory pledge at the last general election to guarantee “nobody needing care should be forced to sell their home to pay for it”.

But Johnson apparently downgraded the commitment earlier this week, telling his Cabinet that “no-one will be forced to sell a home they or their spouse is living in as it will not be counted as an asset”, according to No 10’s account of the meeting.

The prime minister’s official spokesman insisted the policy was the “correct approach” when asked if the remark was an admission some may have to sell their homes to pay for care.

But Rayner will say that the reforms, dubbed a “working class dementia tax” by Labour, are equivalent to “robbing Ashton to protect Ashford” and “hammering Hyde to help out Henley”.

“It will force pensioners in the North and pensioners on the lowest incomes and with the least wealth to sell their homes. And ministers are doing this to protect millionaires in their mansions in London and the South East,” she will say.

A government spokesperson said: “Our £96 billion investment into the railways of the north and Midlands is an ambitious and deliverable plan to transform journeys and bring benefits 10 years sooner than under previous plans.

“Sticking dogmatically to previous plans would see passengers waiting decades for change, and condemn many communities to no improvements at all.

“Instead, we are delivering Northern Powerhouse Rail, which will see high-speed services running from Manchester to Leeds in around 33 minutes, from Liverpool to Manchester in around 35 minutes, double capacity to Leeds and more than treble capacity to Liverpool. We’ve also committed £200 million to look at the most effective way to run HS2 trains to Leeds and start work on a new West Yorkshire metro system.

“This record investment will bring communities of all sizes across the North and Midlands closer together, create jobs and genuinely rebalance opportunity across this country.”

Related: Corbyn may be banned from standing for Labour, Starmer says